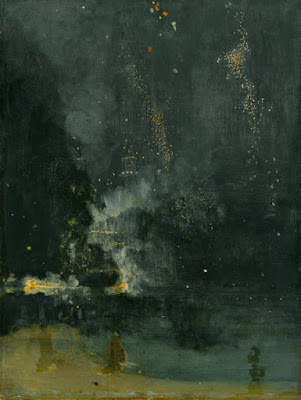 James Abbott McNeill Whistler (1834-1903) was an American-born painter who spent most of his professional life in Britain and France. Whistler disliked art with an overt moral or sentimental message and ascribed to the then-trendy creed of "art for art's sake" -- l'art pour l'art, as they said in France. One way to get away from figural scenes toward paintings that were more purely composed of color was paint night scenes. Whistler painted many of these, which he called nocturnes. Love them. Above, Nocturne in Black and Gold: The Falling Rocket (1874), 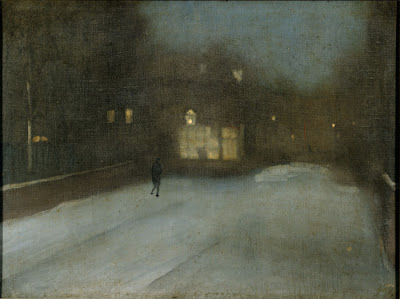 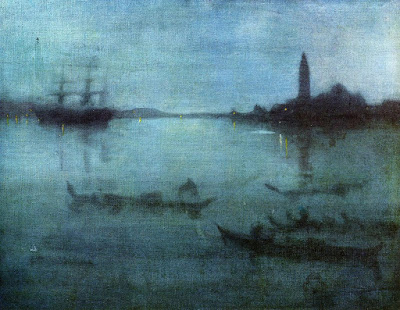 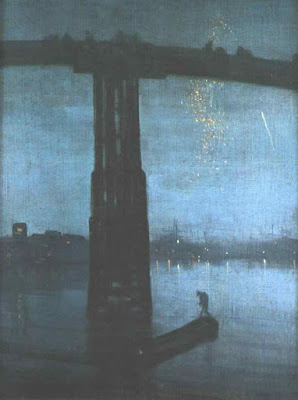 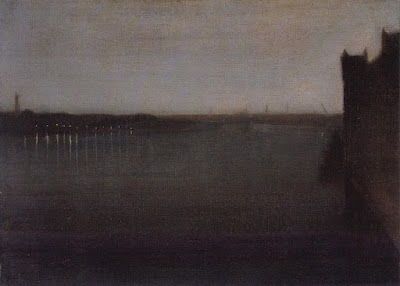 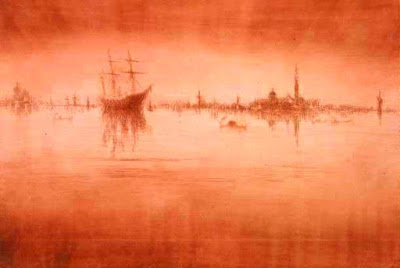