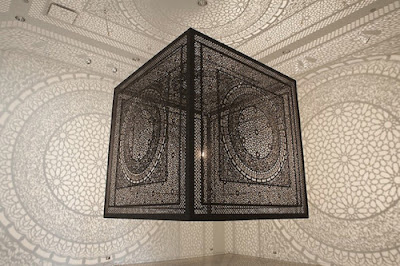 Anila Quayyum Agha is a Pakistani artist educated in Texas, now dividing her time between Pakistan and the U.S. Her most famous works are two versions of this patterned cube, illuminated from within. 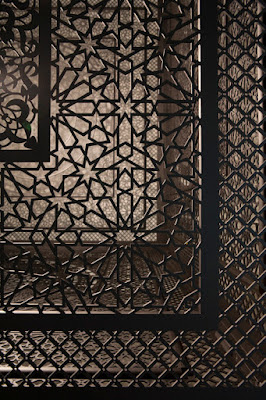 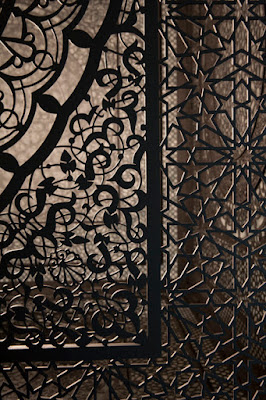 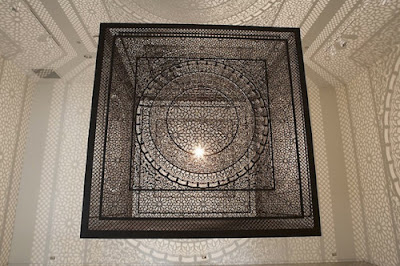 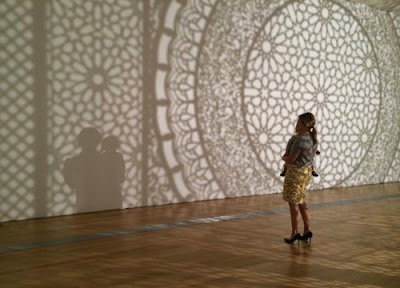 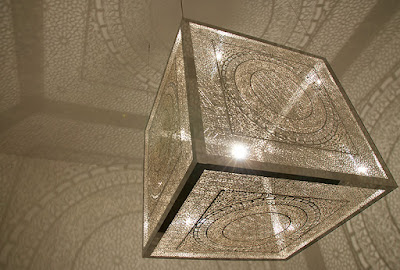 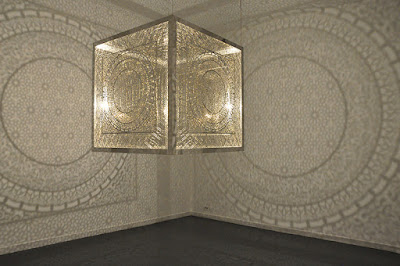 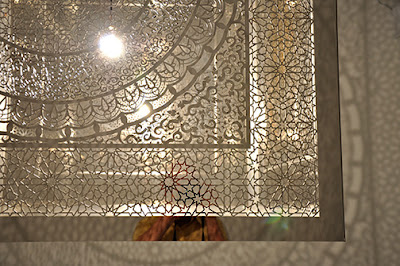 This one is called Crossing Boundaries. It is smaller, and made of mirrored steel. Agha says that in making these designs, which are enclosed yet project themselves across the room, she was exploring the situation of women in Islam.


My goal is to explore the binaries of public and private, light and shadow, and static and dynamic by relying on the purity and inner symmetry of geometric design, and the interpretation of the cast shadows. . . . The Intersections project takes the experience of exclusion as a woman from a space of community and creativity such as a Mosque and translates the complex expressions of both wonder and exclusion that have been my experience while growing up in Pakistan.

Interesting. And wow do they look cool. 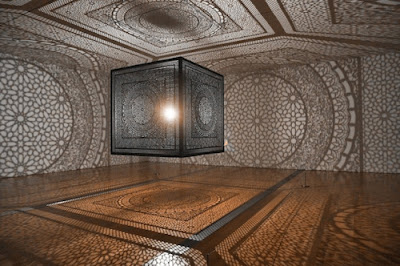 The choice of cubes with light emanating from them seems like almost literal religious inspiration. The most holy site of Islam is the Ka'aba, "The Cube", which is said to house the "divine presence", in much the same way that the Jewish Tabernacle was meant to have; or perhaps even in the way that other deities from other cultures entirely - for instance, Japanese kami - are ritually enshrined.

So a light shining out of a cube, as if you had literally put a god in a box? That's some heavy handed Ark of The Covenant style symbolism there - which might explain why it won the Grand Rapids jury prize.

Yet despite all the possible religious and cultural baggage and symbolism that might ultimately be embedded in the work like just so much schrapnel, it's still essentially a well executed piece of shadow art, which is one of the oldest, most universal forms of human expression. It seem I like it despite everything else, purely on visual aesthetic grounds - which is distinctly odd and unusual for me.

all i've got is wow.