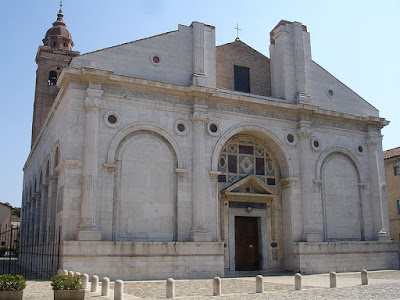 Leon Battista Alberti (1404-1472) was one of the leading architects of the Italian Renaissance, designer of many famous buildings and also author of the age's most popular theoretical treatise on the subject. His first church was the never completed Malatesta Temple in Rimini -- Malatesta sounds deeply sinister, but it was really just the name of the project's patron. (How, though, did a noble family get a name that sounds like bad news or false witness?) As with most of Battista's projects, the church was begun long before his time in a different style, and he was called in to enlarge it and transform it into something up-to-date. Construction began in 1450. 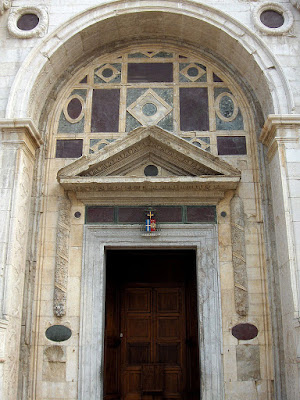 Sadly Signor Malatesta fell afoul of the pope, was excommunicated, and suffered a steep decline in his fortune, so he had to abandon the project. Among the elements never built was the dome Alberti designed; and in fact although he designed other great domes, none was ever built. 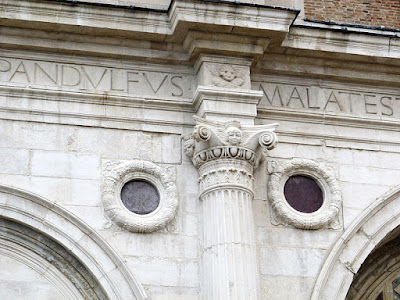 By the standards of the time Alberti was learned in classical studies -- he could read both Greek and Latin and spent many years studying Roman architecture all across Italy. In fact his great theoretical work, De Re Aedificatoria, was published before he actually designed any buildings. What I like about Alberti's work is that while he knew how to work in a completely classical style he chose not to do so, enlivening his work by varying the classical orders and adding charming touches like the angel medallions above. 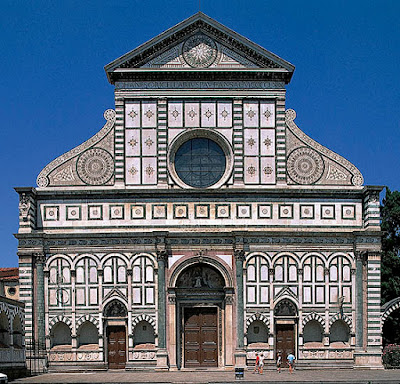 Alberti's most famous work, the facade of Santa Maria Novella in Florence (1458-1471). This was another remodeling job; the lower floor of the facade was already in place, with the entrances, before Alberti was called in. 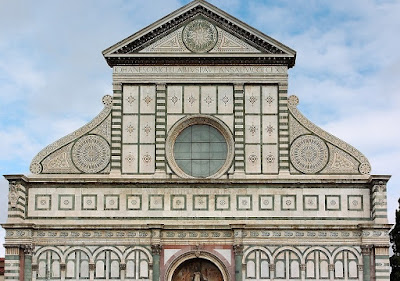 Therefore you often see only the top displayed in architecture books, like this. I don't know that I like this church very much, but it is certainly striking and original. Since I am a novelty-loving modern, I do occasionally want to see something different than the Romanesque or the Gothic, and as I said I like the way early Renaissance architects played with classical forms rather than regurgitating them. 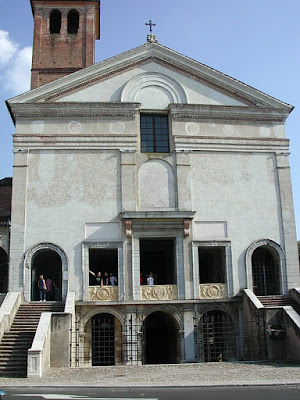 The church of San Sebastiano in Mantua. In this case Alberti planned the church from the ground up, but on the other hand he never got to see it finished. Some of what you see is modern, including the stairs. But the radically simple facade seems to be Alberti's own. 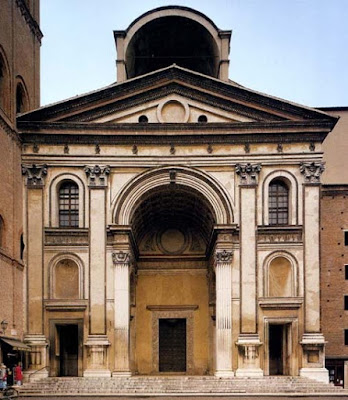 Alberti's last church was Sant' Andrea in Mantua, where construction began in the year of his death. Notice the varying heights and styles of the pilasters, the variations in the window treatments,and so on. 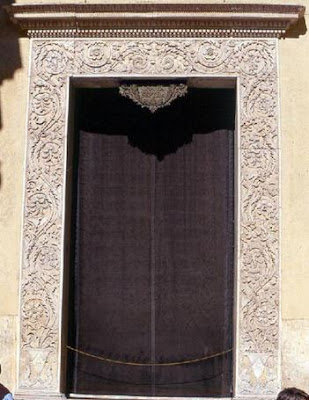 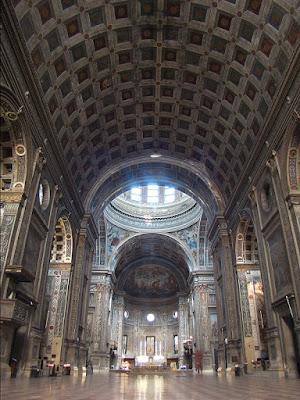 The barrel-vaulted room of the nave. This was built after Alberti's death, so we don't really know how closely it matched his vision, but it is certainly one of the most Roman-looking buildings of the age. 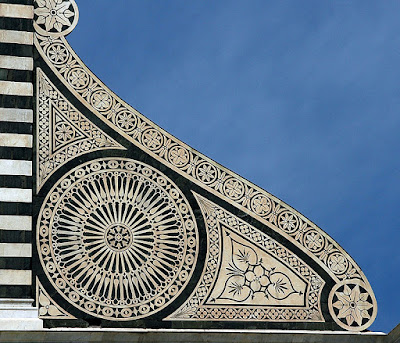 As I said, not my favorite buildings, but remarkable in their own way.
Posted by John at 6:43 AM