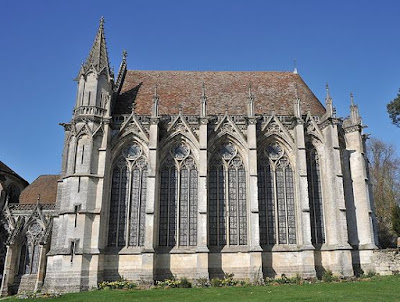 Today's medieval church is the Mary Chapel of the Abbey of St. Germer de Fly in Oise, Picardy, France. St. Germer de Fly was a great Benedictine Abbey founded in the 7th century by Saint Germer. The Vikings sacked it in the 8th century, and then in the 9th it was sacked again by Duke Rollo of Normandy. 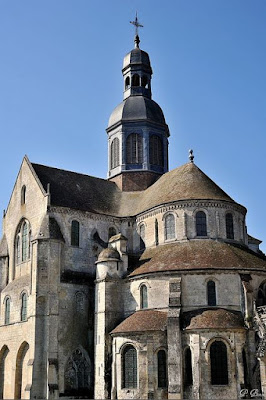 It was rebuilt again and again, and it boasts a church that straddles the late Romanesque and early Gothic styles. Half of this church was destroyed during the Hundred Years' War, but it was partially rebuilt in the 16th century and restored in the 19th and remains the parish church of the neighborhood. 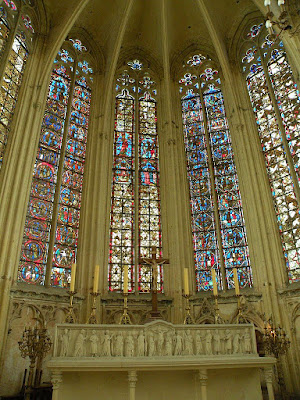 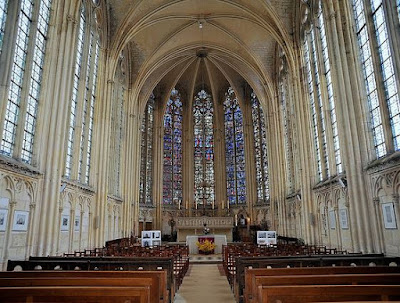 But today I am focusing on the small Lady Chapel, the construction of which began in the early 1260s. This is a small masterpiece of the rayonant style, the leading French style of the 1260-1320 period. Construction of the chapel actually took 40 years or so, and historians have identified minor differences between the early and later work, but these are tiny; effectively the church was built to a single plan, in a single style 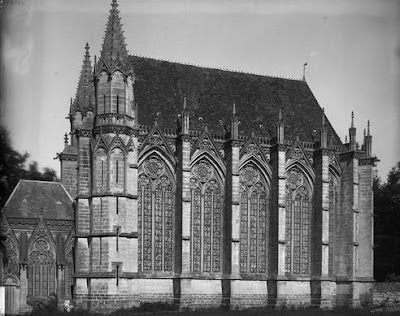 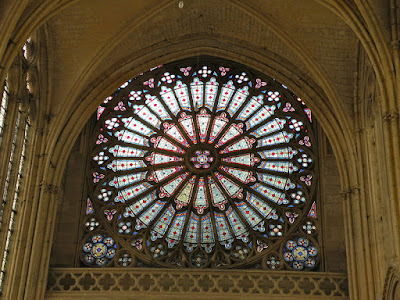 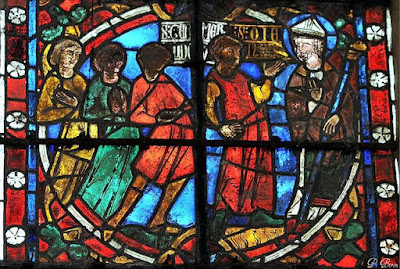 Most of the stained glass dates to the 14th century. 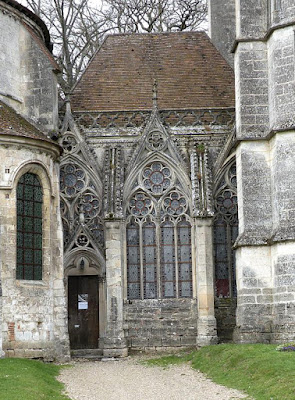 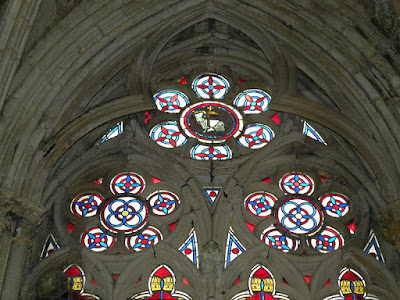 The vestibule that connects the Lady Chapel to the main church is a little jewel in itself. 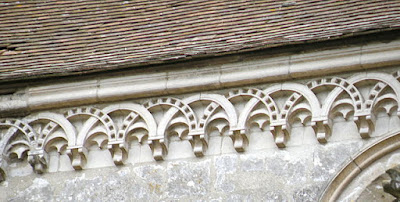 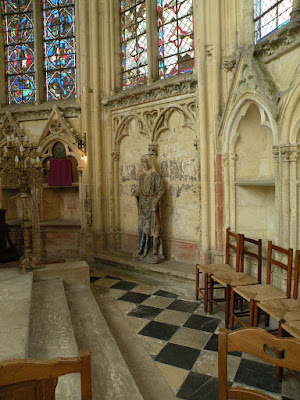 What a splendid little thing. 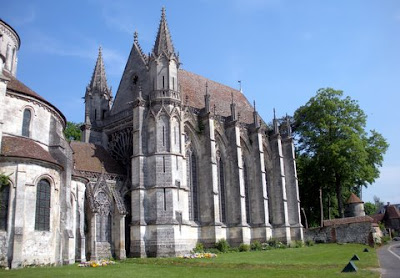