Carl Mydans (1907-2004) was a very famous American photographer; among other thing he took the photos you may have seen of the Japanese surrender on board the USS Missouri in 1945. But in 1935, hard up like so many other people, he took a job with the Farm Security Administration documenting American life. The Library of Congress has hundreds of his photographs from that period online. I went looking for images he took of black neighborhoods in Washington, DC, because he documented houses very much like the ones I helped excavate a few weeks ago. But what captivated me was the houses of poor rural Americans. Before the 1930s – in fact, before the FSA and the WPA sent photographers out to document American life – we have hardly any photographs of houses like these. (Above, the home of a family of seven, southeast Missouri) 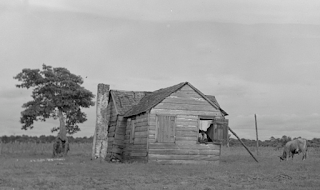 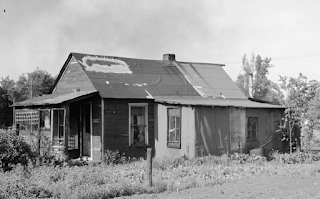 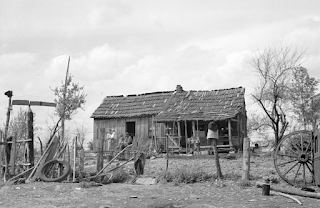 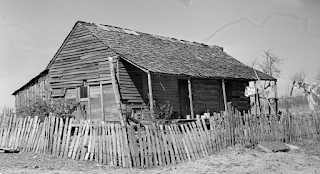 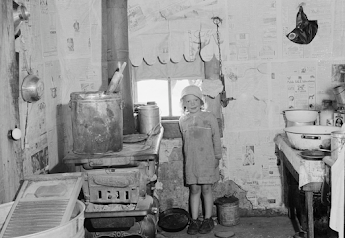 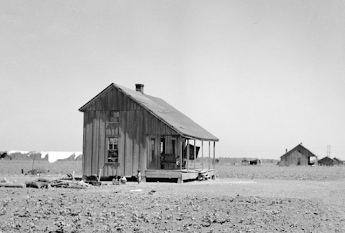 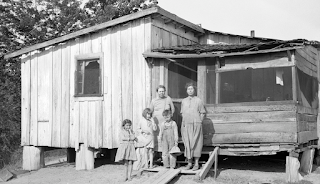 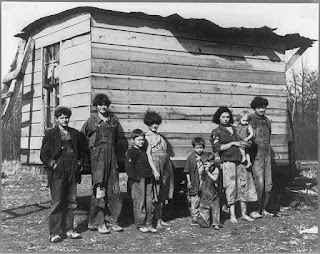 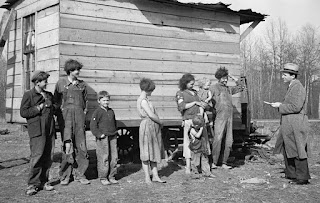 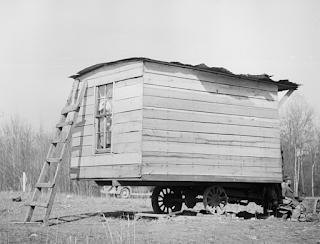 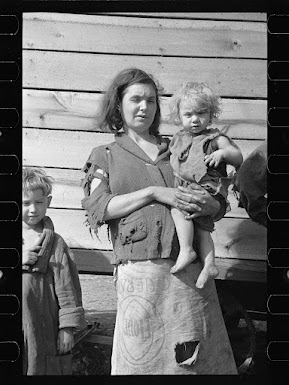 And a very famous set of images, "Family of nine living in open field in rough board covering built on old Ford truck chassis on U.S. Route 70, between Bruceton and Camden, Tennessee. Their water supply was an open creek running near highway." Notice the feed bag clothes. It occurs to me that this would be a tough site for an archaeologist to interpret.
Posted by John at 8:30 AM