Rockwell Kent (1882-1971) was both a painter and an adventurer in the mode of late colonialism, journeying to obscure corners of the world on voyages that were part scientific exploration, part spiritual quest, and part publicity stunt. Born in New York, he attended the Horace Mann school and Columbia, and he was trained by noted painters. 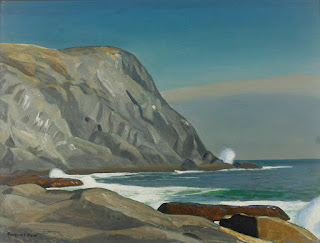 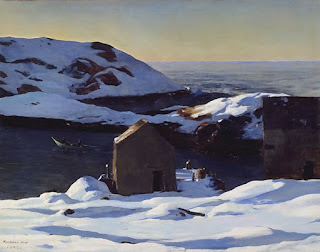 Monhegan Island, Winter, 1907
He did his first professional work in Maine, and his semi-modern landscapes were a hit in the galleries. In Maine he discovered that what he really loved was rugged, wild places, and he became a sort of mystic in the line of Thoreau and John Muir. He was also a political radical, an advocate for socialism, the independence of Puerto Rico, and numerous other causes. 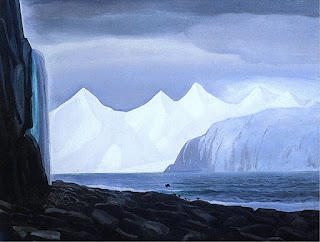 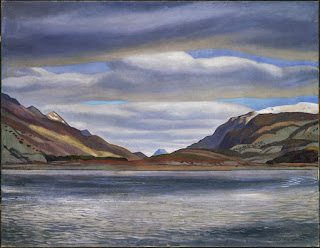 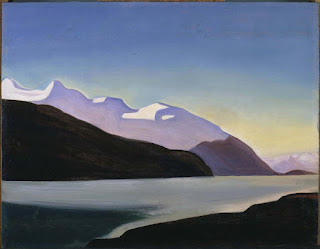 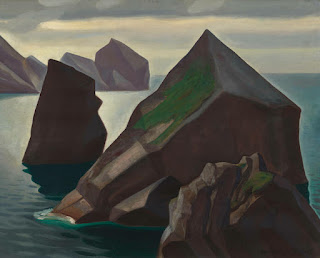 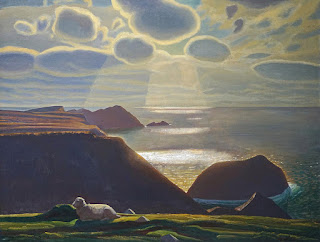 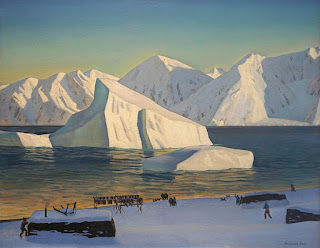 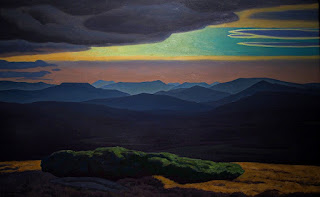 Everywhere he went, he painted. 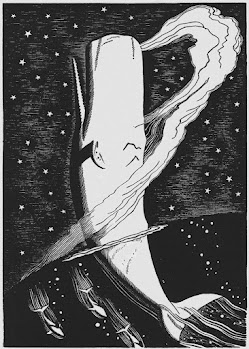 He also did a lot of woodblock prints; among his most famous works are illustrations he did for a 1930 edition of Moby Dick, above and below. 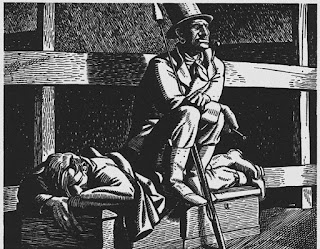 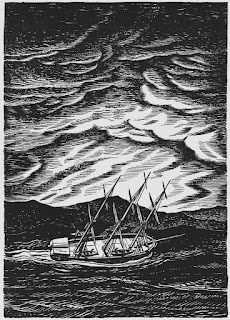 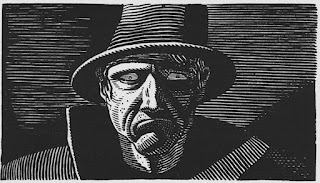