Contemplating the Collapse of US-China Relations 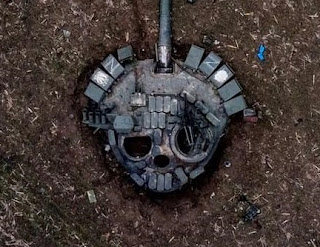 Tom Friedman's column today (NY Times) argues that the most consequential event of 2022 will end up being the collapse of the US-China relationship. Some of the military guys I follow on Twitter agree; they seem to think about Ukraine mainly as a testing ground for the tactics and weapons of the coming US-China war.

Friedman notes that as first Trump and now Biden have put up more barriers to US-China trade, the business interests that once bayed loudly for access to the Chinese market have been mostly silent. Unending Chinese favoritism for its own companies, barriers to foreign access to key sectors, and constant theft of intellectual property have finally soured US companies on China. One US expert on China trade told Friedman,

Some foreign "China hands" think that Xi's election to a third term means yet more nationalism in China, and more authoritarianism. One said,

The opening up of the Chinese economy is not going to continue. … We have to assume that China is setting itself apart from other countries and will build a counter-model to the liberal, market-oriented model of the West.

When I raised China’s unfair trade practices, the pushback sounded like this: "You realize that you Americans are too late? We’re too big to be pushed around anymore. You should have done this a decade ago." I responded that that kind of hubris gets countries in trouble.

This reminds me of the Yuval Levin interview I linked to back in March, in which he worried that an era of peace among the great powers was yielding to a new era of war.

Which makes me want to scream. Russia was carving out a niche for itself within the global system, supplying energy and modeling an authoritarian alternative to western decadence. They had friends and customers all across the west. Then they decided to throw it all away in a mad crusade to restore the Soviet empire, leaving all their hopes and all their progress strewn across the battlefield like so many turretless tanks. A generation is being killed or fleeing abroad, and their nation will not soon recover.

Now I fear the same will happen with China, that all the economic and social progress of the past 45 years will be discarded in a mad assertion of national will. Already they are crippling the cutting edge of their economy, as the US cuts off technological cooperation and forces its allies to do the same.

I find it hard to even imagine what a US-China war would be like, but I am sure it would be a catastrophe. We are already paying a price for this, as the US military quietly orders thousands more missiles, many of them destined to be stockpiled on Pacific islands. Congress has voted tens of billions to speed the development of next-generation weapons, and they are not intended for fighting Russia or the Taliban.

And for what? What could Russia possibly gain in Ukraine now that would be worth the cost of destroying its army and ruining their relationship with the west? What could China possibly get out of invading Taiwan that would be worth the immense destruction that would ensue? Everything that is good about Taiwan's economy flows from its strong relationships with the west, along with most of what is vibrant about its society. Would China's leaders rather destroy all of that than let its renegade province remain independent?

What a piece of work is man.

Hubris, Indeed. I look at the Iraq War. Hubris. When, (not if), the GOP, in its present iteration, regains the levers of power, we shall see more hubris writ large. I pray the upcoming generation of leaders will see peace as a good thing. But…

Russia will gain nothing. China will gain nothing. However, their elites may believe they will gain. It's hard to get to the top of authoritarian regime without being paranoid, crazy and preventively sniffing everywhere signs that someone wants to topple you.

When China loosens its covid policy, we'll see American businesses baying again. The question is how many? Those years of 10% growth are over, and debt is a problem too. As to Russia, Putin never did a thing to diversify Russia's economy, so how could Russia ever be an authoritarian alternative or a competitor?

Let's see how Xi does now that China's economy and GDP is coming back down to earth. He could end up lfailing miserably. Unfortunately wealth never stops fools from being fools or powerful states from flexing their muscles. Rather, wealth gives arrogant fools muscles to flex. And Biden is dead set on the U.S. leading (and running) the world.

I have no idea what a war between the US and China would be like, but if Russia-Ukraine gives a clue, both sides will go through their very expensive weapons in short order, and from then on it will be bayonets and habnd -to-hand combat in rowboats.

Also, if we have a one China policy, and we do, and that China is mainland China, then how is it we sell weapons to Taiwan without Beijing approval? I mean if there is one China, then the two systems nonsense is just that, nonsense. Don't you think mainland China has a valid bone to pick with the U.S.? Or do I misunderstand that policy?