What's Really Going on at Stonehenge 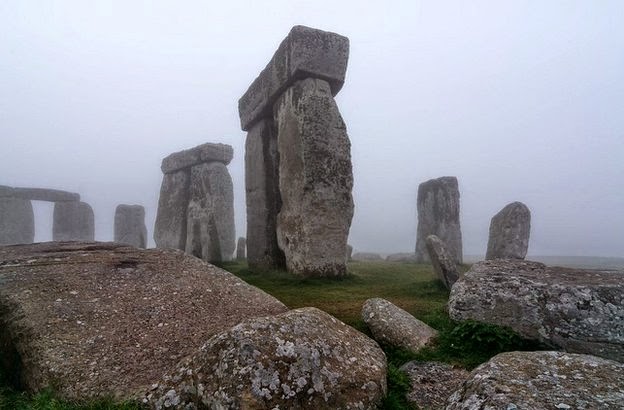 By now you have probably all heard about the new discoveries at Stonehenge. They are cool. But I am not inclined to rave about them because the discoverers have grotesquely exaggerated their novelty and importance. Which I suppose is nothing new; people have a habit of doing that. What bugs me about the new claims is that the louder these guys shout about their revolutionary advances the more they slight everybody who ever wrote about Stonehenge before. Most of what they are claiming to have discovered has long been known, and when they say that they have reached some new understanding they imply that everyone who came before them was a narrow-minded idiot. 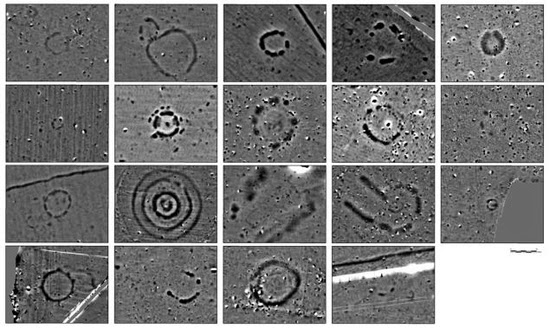 
"Stonehenge is undoubtedly a major ritual monument, which people may have traveled considerable distances to come to, but it isn't just standing there by itself," project leader Vincent Gaffney, an archaeologist at the University of Birmingham in the U.K., told Live Science. "It's part of a much more complex landscape with processional and ritual activities that go around it. That's very different from how this has been viewed before. The important point is Stonehenge is not alone. There was lots of other associated ritual activity going on around it." 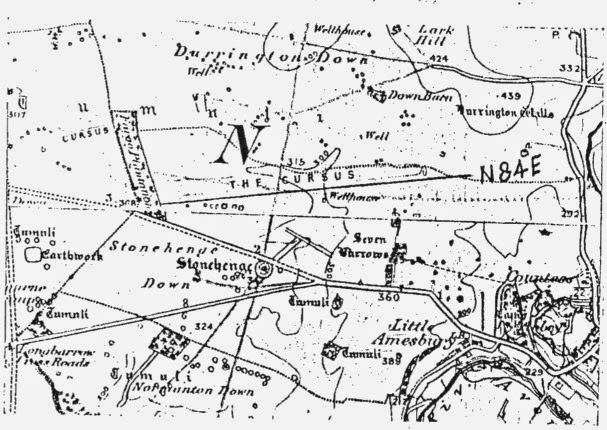 Well. Consider the map above, which is an Ordnance Survey map made in the nineteenth century. Does it look to you like Stonehenge is alone? Or did people already know in 1850 that there was "other associated ritual activity around it"? The density of ritual features in this landscape has been the main theme of Stonehenge studies for about, oh, 150 years. 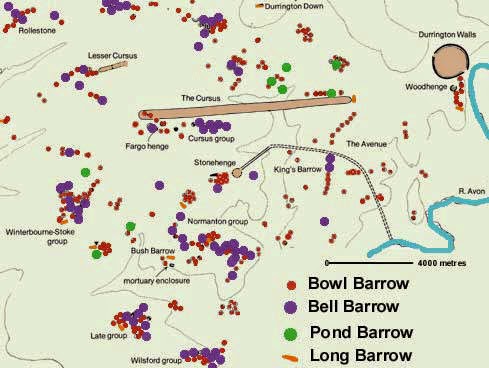 Here's a map that shows some (not all) of the monuments around Stonehenge that were known before this latest mapping exercise. 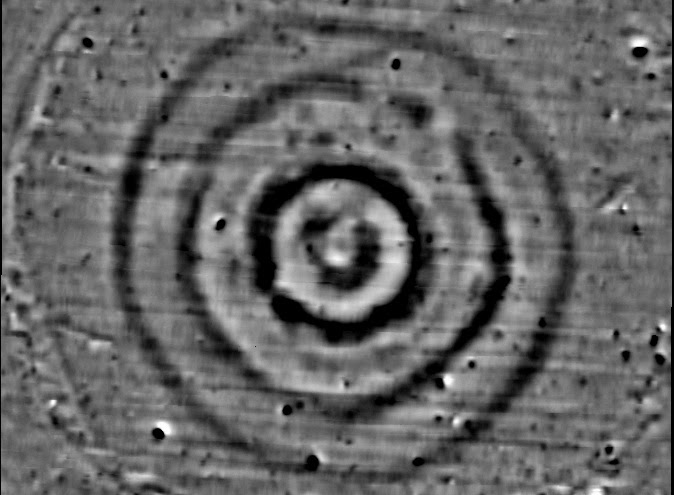 But anyway, what did they find? Using remote sensing techniques, mainly ground-penetrating radar, they have mapped a bunch of older earthworks, woodhenge circles, and buildings (images above and second from top). Some of these are not really new, but have only been mapped in greater resolution; I would have to go carefully through their publications to see what is actually new, and I haven't had time. But they are claiming that some are new --15 is a number being batted around -- and that is certainly plausible. They also got really solid evidence that Stonehenge was once a complete circle, as everybody already thought -- nice to know that the full circle shows up clearly on the radar. 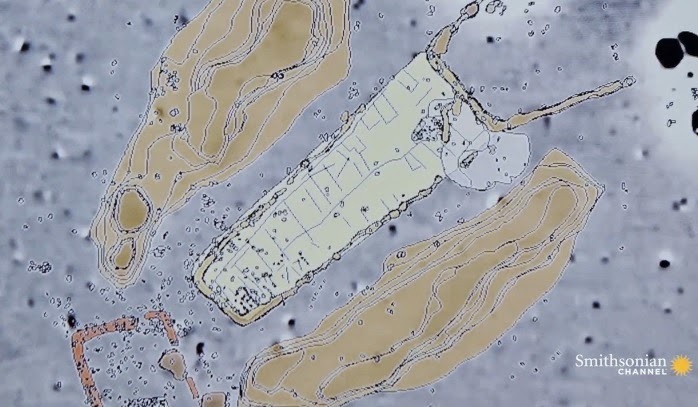 This structure is interpreted as a mortuary temple, 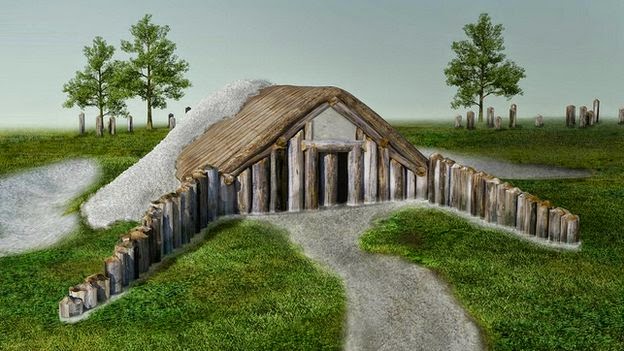 looking like this. Quite wonderful. Video (with creepy Bronze Age priests) at Smithsonian.com. 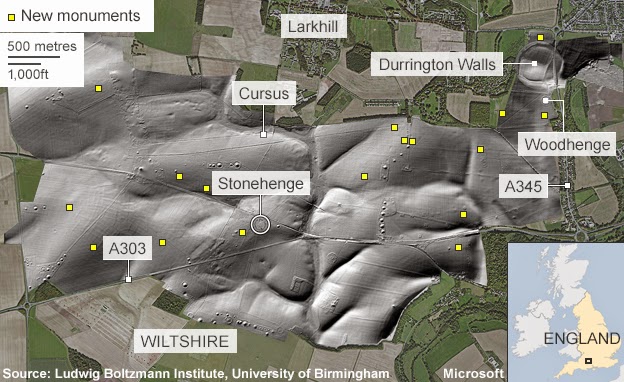 This map shows the features they say are new. So a substantial addition to the landscape, but hardly revolutionary or transformative or whatever dramatic word you like. 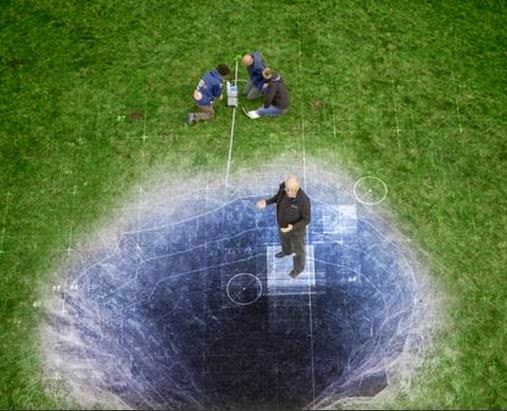 My favorite discovery is this large pit near the western end of the Cursus (a long narrow enclosure of obscure purpose and uncertain age); can't wait for someone to dig into it. Plus I love this graphic. 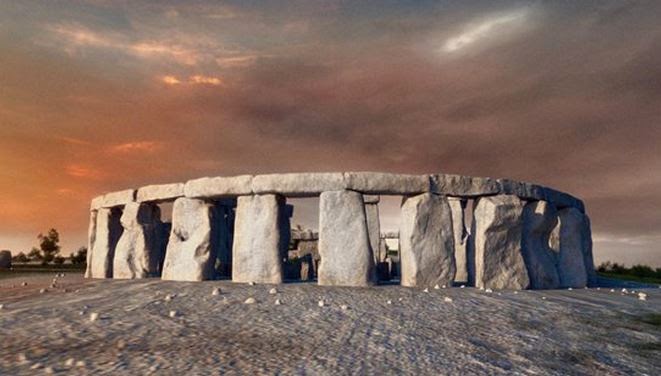 So, lots of good stuff which I would like to be happy about, if these people hadn't been such jerks.
Posted by John at 7:52 AM