The Names of Ancient Amazons 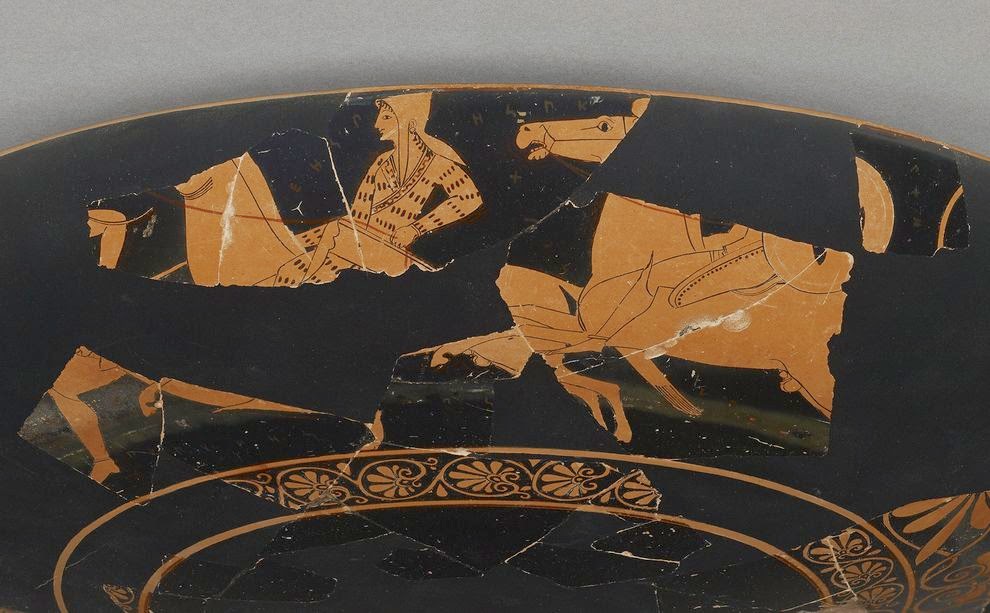 This is very cool! Ancient Greek vases often have inscriptions on them; for example the names of gods and heroes are sometimes written next to their pictures. Some inscriptions are, so far as anybody knew, gibberish -- that is, they mean nothing in Greek and aren't names we recognize. And some of those gibberish words are written next to pictures of Amazon warriors.

Two American classicists, Adrienne Mayor and J. Paul Getty Museum assistant curator David Saunders, got curious about apparent nonsense words written next to pictures of Amazons. Might they have meant something in a lost language? So they transcribed the names from 12 Athenian vases dating to between 550 and 450 BCE and rendered the Greek sounds as phonetic spellings.


They next submitted just the phonetic transcriptions without explanation to linguist John Colarusso of Canada's McMaster University in Hamilton, who is an expert on rare languages of the Caucasus. He translated the inscriptions into names—such as Princess, Don't Fail, and Hot Flanks—without knowing the details of the pictures of Amazons. 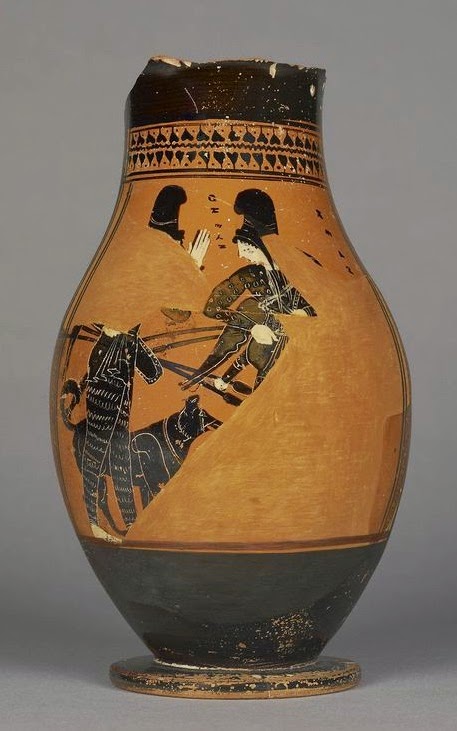 Colarusso thought the words were related to Abkhazian and Circassian, which are two of the North Caucasian languages. Now if Amazons existed (I think they did), they lived among the Scythians and Sarmatians of the Black Sea Steppes. Most scholars think that both the Scythians and Sarmatians spoke languages related to modern Persian, and Abkhazian and Circassian are not even in the same family. But surely the linguistic situation around the Black Sea was every bit as complex in classical times as it is today, and I don't see why some group of steppes nomads might not have spoken a North Caucasian tongue. The Scythian royal elite had Persian-sounding names, but the nation they ruled over might have included speakers of many languages, as the Mongol hordes included Turks, Manchus, and others. So perhaps the tribe from which Athens drew their famous Scythian police spoke a different, North Caucasian tongue. More:

The names were probably nicknames or heroic appellations given to Amazons, rather than real family names. Even today, Colarusso says, speakers of modern-day languages in the Caucasus region often use public, descriptive nicknames rather than reveal their real names.

I think this is a wonderful piece of  work, and I hope it is confirmed by more research.
Posted by John at 8:29 PM