Fear of Terrorists on the Campaign Trail 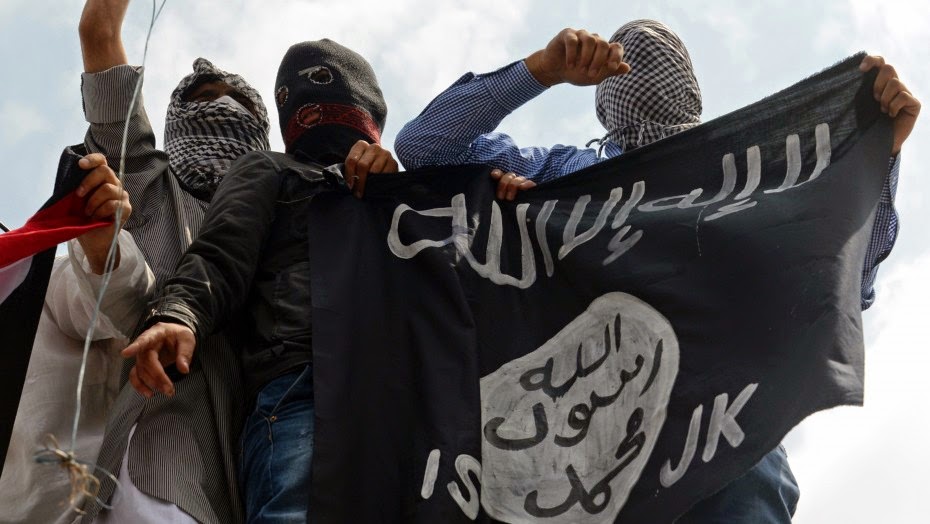 Because there are no seriously contested Congressional races in Maryland, I have missed the trend of campaign ads that focus on terrorism:


The National Republican Congressional Committee announced Friday a quartet of new ads focusing on national security. One, airing against Rep. Dan Maffei of New York, accuses the congressman of "backing constitutional rights for foreign terrorists." Another, in a bellwether Iowa district, claims that Democratic candidate Staci Appel supports "passports for terrorists." These ads open with footage from Islamic State fighters.

One of the most insistent alarmists is David Perdue, running for the Senate against Michelle Nunn in Georgia. His ads accuse Nunn of “supporting aid for terrorists” -- this is one of those long causal chains connecting some Islamic charity that was once one of George Bush I's “ten thousand points of light” to Hamas -- and also tries to drag in immigration: “She’s for amnesty, while terrorism experts say our border breakdown could provide an entry for groups like ISIS!”

Yeah, our “Open Border,” where we have recently spent several billion dollars building fences and beefing up security; did you know that the Feds spend more on border control than on all other law enforcement activities put together?

I have to say I am puzzled over this. I regard ISIS as a bunch of monsters and a menace to the security of the Middle East, but the notion that they present a serious threat to Americans strikes me as overblown. You mean to say that your life is so sweet, orderly and safe that your biggest worry is would-be caliphs on the other side of the world? I suppose the point is that gruesome images from Syria and Iraq make Obama look weak; but don't we have worse problems?

Here's another question: at what point does the constant exaggeration of our problems by political alarmists -- Ron Paulites who think civilization is collapsing, security hawks who claim ISIS is after your children, leftists who think Fascists in the NSA and CIA control the country -- begin to weigh heavily on the national mood? Is one reason people in the modern world are so anxious and depressed that we are constantly bombarded by alarmist messages? I get ads every day that say some investment guru is predicting a "25 year depression," and since my internet profile is mostly liberal, I am sure others get much more of that sort of thing. Gun owners constantly hear that Obama is after their guns; environmentalists that global warming is some sort of existential threat; and then there's the way we make every school shooting into a media frenzy.

People need to relax. And politicians who fish for votes by spreading unjustified panic have a lot to answer for.
Posted by John at 12:18 PM

"People need to relax. And politicians who fish for votes by spreading unjustified panic have a lot to answer for."

Do you not realize that vast swathes of our economic and political systems are fundmentally rooted in creating and exploiting fear and insecurity? That they have been that way for many, many years?

Politicians and marketers have both long since learned the same lesson - give people some nebulous anxiety to grapple with, blame it on your opponents, and then promise people the cure for what ails them. Just as they make a habit of selling illusions and hollow promises, they conjure up phantoms and quack remedies to "banish" them.

Just look at how we advertize. Commercials for luxury cars that champion them as status symbols and subtly imply those without such cars are less important/glamorous/elite/et cetera. Commercials for pickup trucks that drip with machismo and imply that other vehicles are for less "manly" men. Commercials for alcohol that quietly whisper little white lies about how drinking makes you popular and attractive, and only boring sexless squares don't drink. Commercials for sneakers convincing you that you need them to jump higher or ever hope become a real athelete - or even just to fit in with the hip and urban "in" crowd - and getting you to fork over $100 for a neon colored piece of crap made in a foreign sweatshop by literal wage slaves whose exploitation is quietly swept under the rug.

The common thread is clear - making people feel insecure, then telling them your product or commodity will fix the insecurity you just created. It's like someone running around telling people they look like they're about to come down with a nasty disease, and that they'd better buy up their patented Cure All Snake Oil Health Elixir right away!

Politics is the same way. The world is a mess, so you don't really have to work hard to find ways to make people insecure about it - and then you promise them you can fix it, if only they give you their votes. You pick up whatever controversy is big in the media, that people are likely to have heard about but not fully understand, and then you repeat key buzzwords and talking points over and over and over to hammer in that your opponents are the cause of the problem and that you are the solution.

Part of the problem is ignorance: better educated people are better able to see these tactics as the nonsense they are.

Part of the problem is stress and lack of leisure time: people who are tired, overworked, and unhappy don't want to spend time thinking deeply about complex problems - they're much more receptive to simple sounds bites and pre-packaged notions that don't require effort or thought, but that sound plausible on the surface and are easy to remember and repeat. (And there are a LOT of tired, overworked, and unhappy people in this country.)

Part of the problem is tribalism: people are clannish, and they tend to be suspicious of others, and trusting of their own. So when people disagree about important matters, no one stops to question their own values objectively - they just reflexively defend their position against "attack" from the outside. No one cares about what the "right" or "wise" course of action is - they only care about how they can get their own way, and prevent the other guys from getting theirs.

The net result? The cunning and manipulative prey upon the fears and anxieties of others. Nothing gets handled rationally, because hysteria and anxiety are so much simpler to create and spread. And once the fearmongers get into power, they do everything they can to stay there - they rig the game to work in their favor, so that even when someone levels a sound blast of logic at their absurdities, it still can't unseat them because people are too emotional and irrational to really listen.

We, sadly, get the New Hampshire ads here on Boston TV, so I have to put up with them.