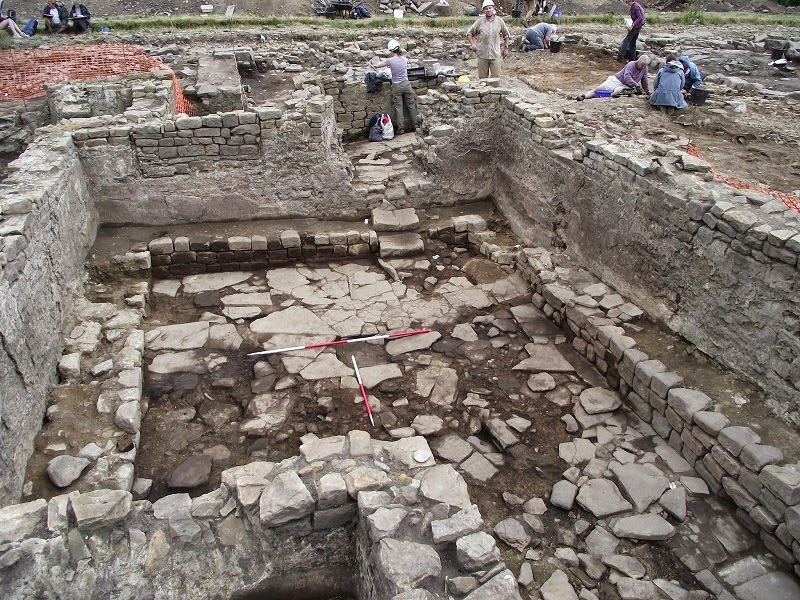 Vinovia was a Roman cavalry fort just outside the hamlet of Binchester, near Durham in northern England. The site was rediscovered in the sixteenth century and there have been half a dozen different campaigns of excavation, the most recent of which is wrapping up this month. (Excavation blog here.) You can see that the walls of some buildings survive to a height of 7 feet (2m); the heated bath house is particularly well preserved. 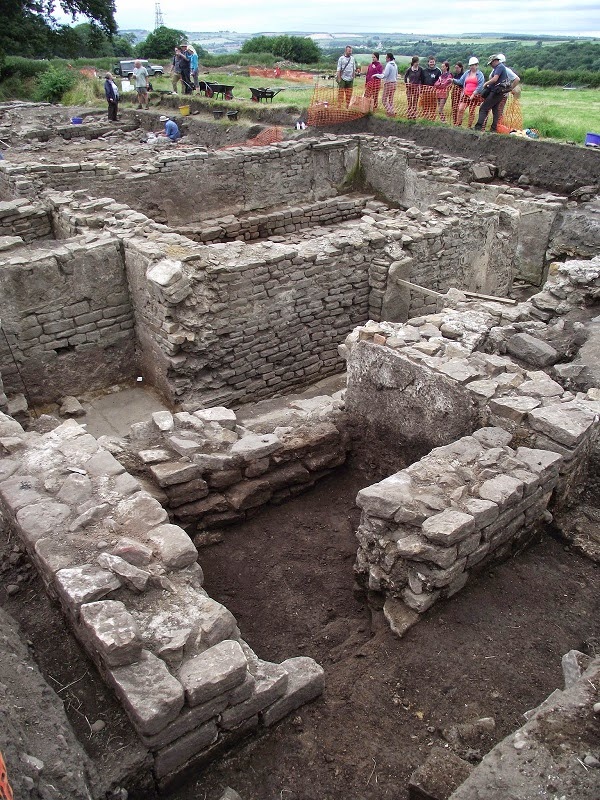 The first fort on this site was built in 79 CE by the Ninth Legion during Agricola's advance into northern Britain that culminated in the battle of Mons Graupius -- an unknown location somewhere in Scotland. The first stone fort was built in the second century as a supply depot along Dere Street, the great road that ran from York to Hadrian's Wall. The fort covered an area of about 9 acres (3.6 ha). A vicus or civilian settlement more than three times as large grew up outside the fort. The units known from inscriptions to have garrisoned the fort include units of auxiliary cavalry from Spain and Frisia. 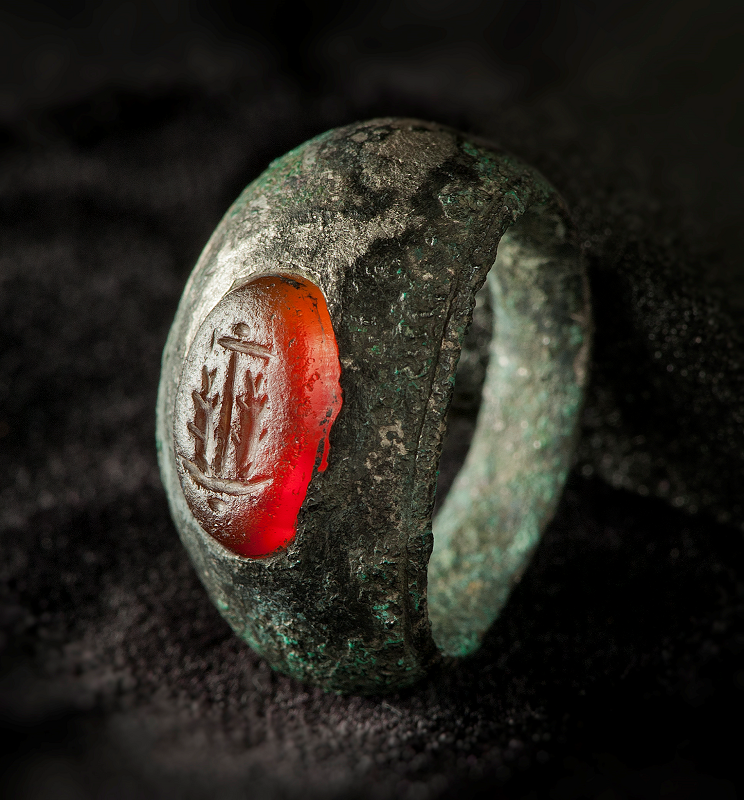 Silver ring with a Christian intaglio. 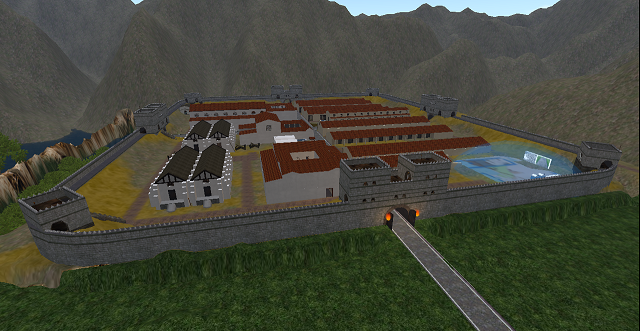 Reconstruction of the fort made in Second Life. 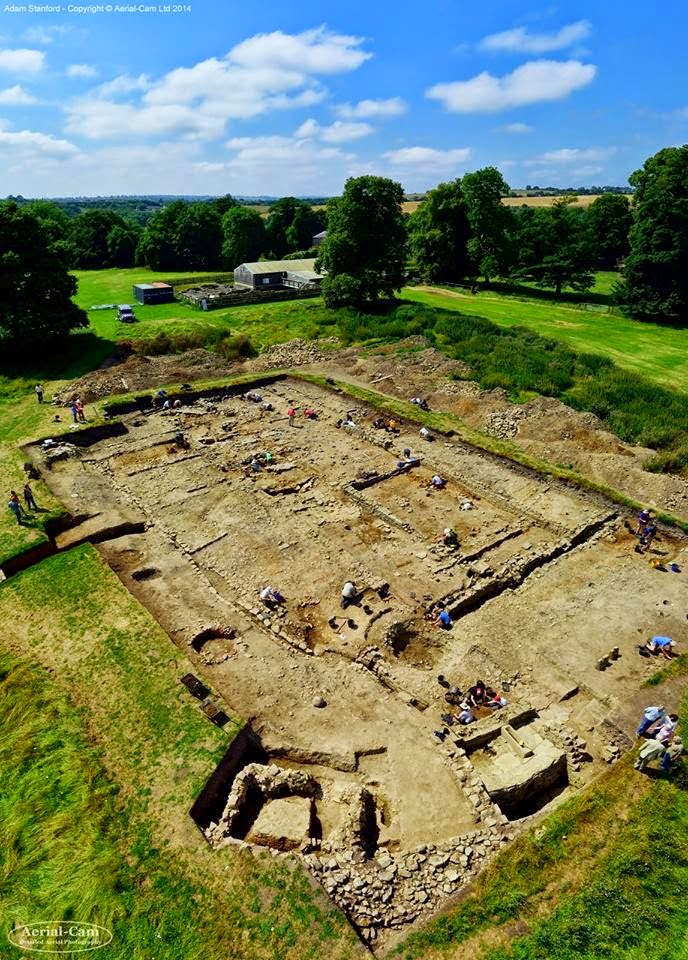 The fort was garrisoned by Roman soldiers until the last were withdrawn in 410. After that both the fort and the settlement continued to be occupied for about a century by those mysterious post-Roman, pre-Saxon- and-Welsh people who inhabited the Age of Arthur, whoever they were. The site was largely abandoned in the sixth century and stone was quarried from its walls.
Posted by John at 7:09 AM