The Rock Cut Churches of Lalibela Lalibela is a town in northern Ethiopia famous for its eleven churches carved into solid rock. The exact dates when they were built (carved? dug?) are a bit obscure, but in the main they date to around 1200. They are still a major destination for Christian pilgrims from across Africa. 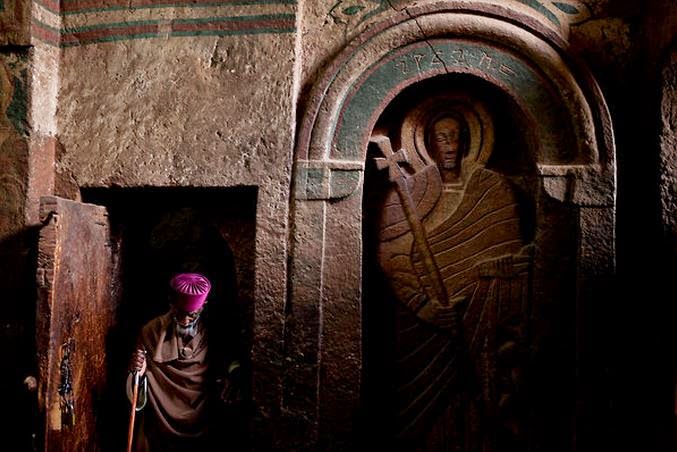 The traditional story of the churches goes like this:


During the reign of Saint Gebre Mesqel Lalibela, an emperor of the Zagwe Dynasty, the town of Lalibela was known as Roha. The saintly king was given this name due to a swarm of bees said to have surrounded him at his birth, which his mother took as a sign of his future reign as Emperor of Ethiopia. . . .

Lalibela is said to have seen Jerusalem and then attempted to build a new Jerusalem as his capital in response to the capture of old Jerusalem by Muslims in 1187. As such, many features have Biblical names – even the town's river is known as the River Jordan. It remained the capital of Ethiopia from the late 12th century and into the 13th century.

According to UNESCO, Lalibela's name means "The bee recognizes his sovereignty," which is certainly one of the odder royal names I have encountered. 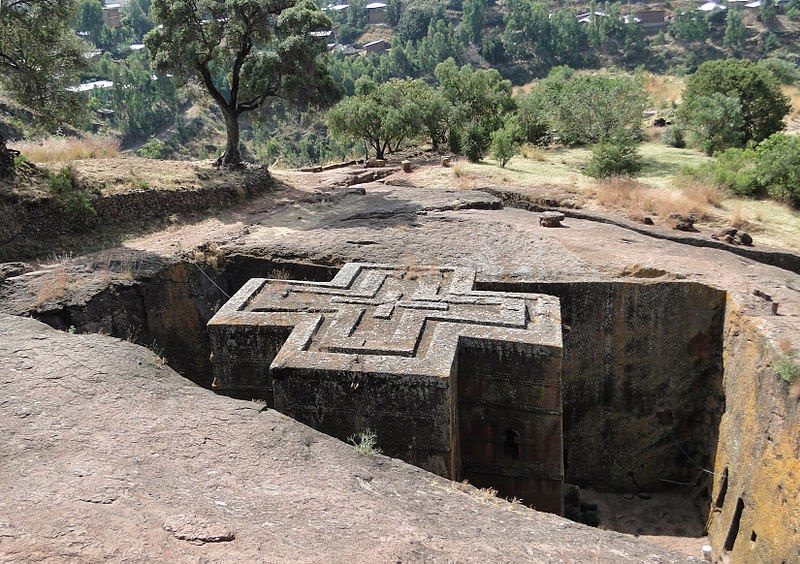 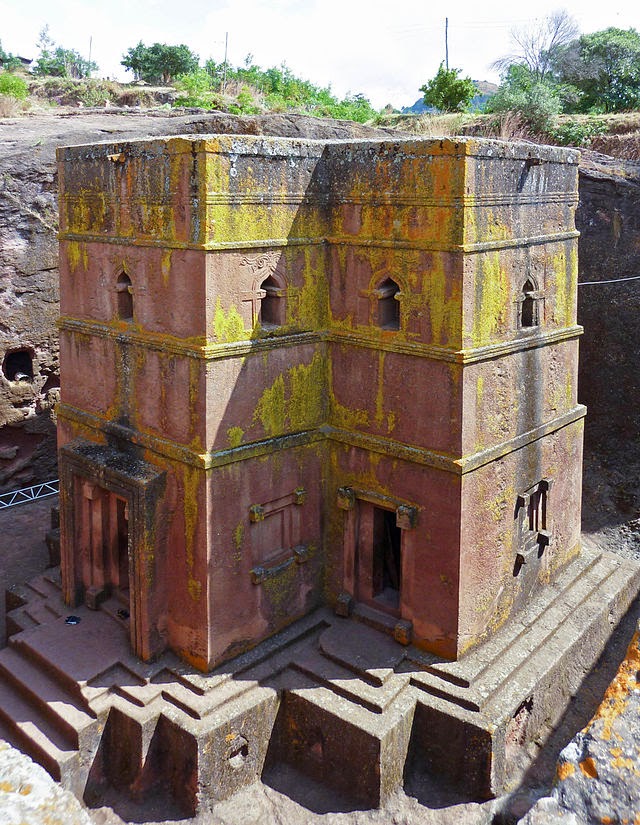 Most famous is the church of St. George -- Bet Giyorgis, the House of George -- carved as a giant cross. 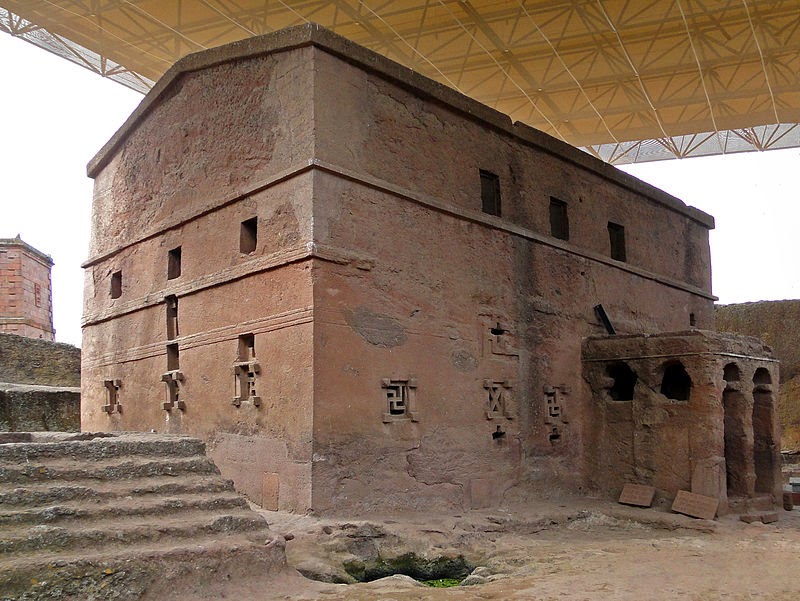 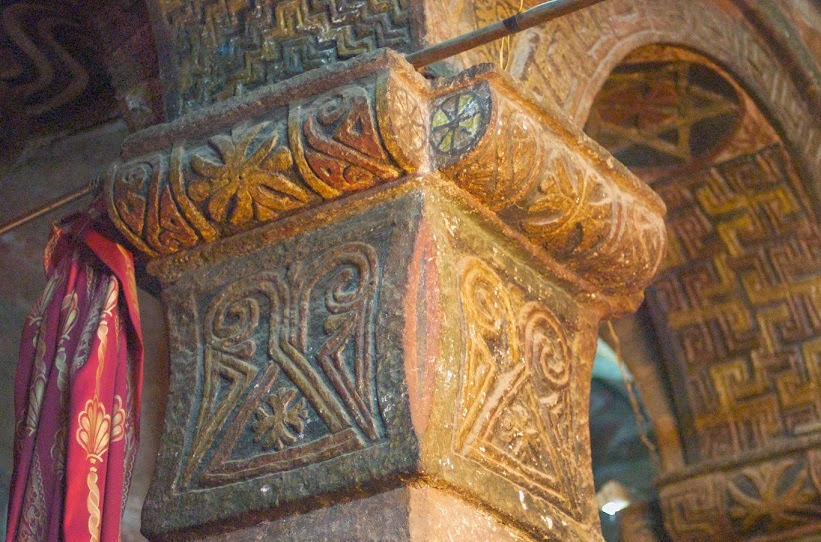 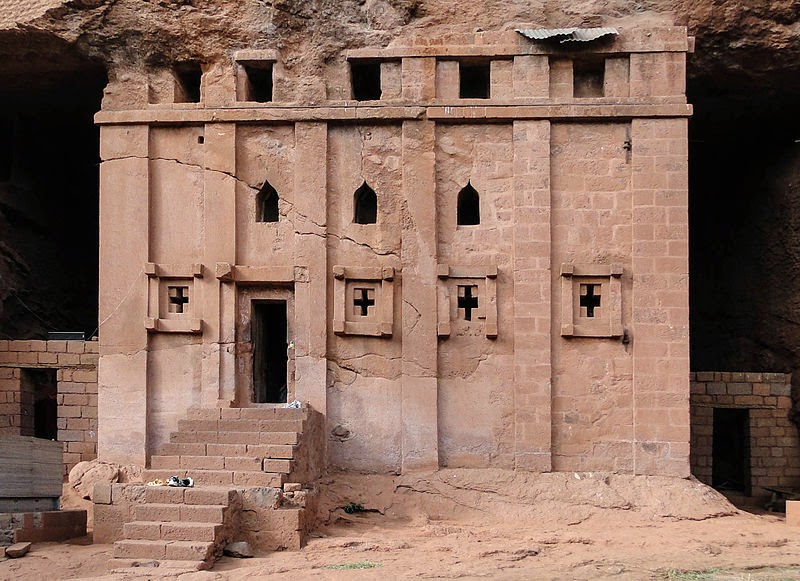 Given the size and number of these churches, many scholars are dubious that they could all have been carved during the reign of Lalibela, and there are also significant differences in stylistic details. Some think that the carving extended well into the 1300s, while others think that some of the churches may be much older, dating to the heyday of the Kingdom of Aksum in the eighth century. Hard to date a church carved out of volcanic stone. But all eleven churches were certainly in existence by the sixteenth century, when they were described by Portuguese travelers. (Above, Bet Abba Libanos) 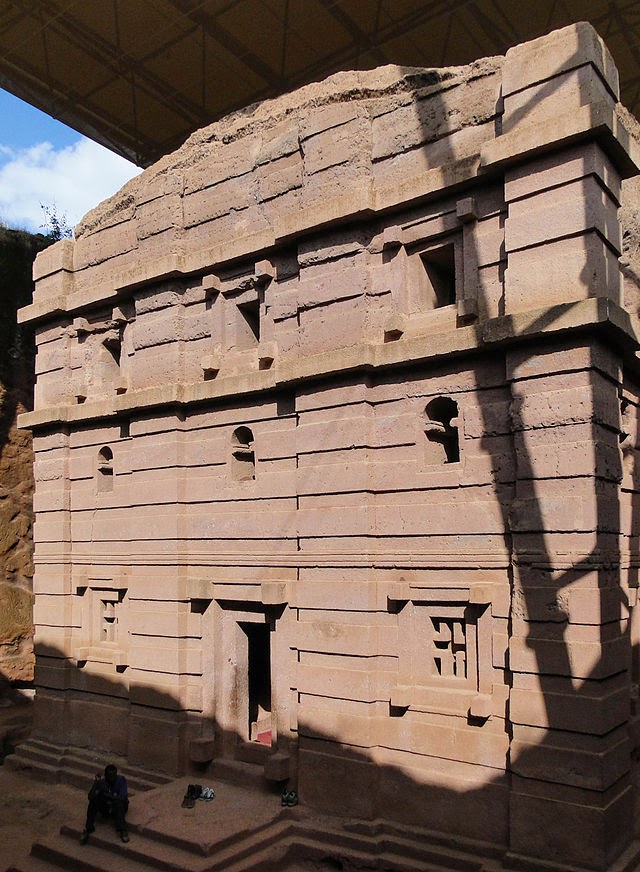 Some Ethiopians maintain that the churches were all carved during Lalibela's reign, and that they were completed so quickly because angels labored side-by-side with the workmen. (Above, Bet Emmanuel.) 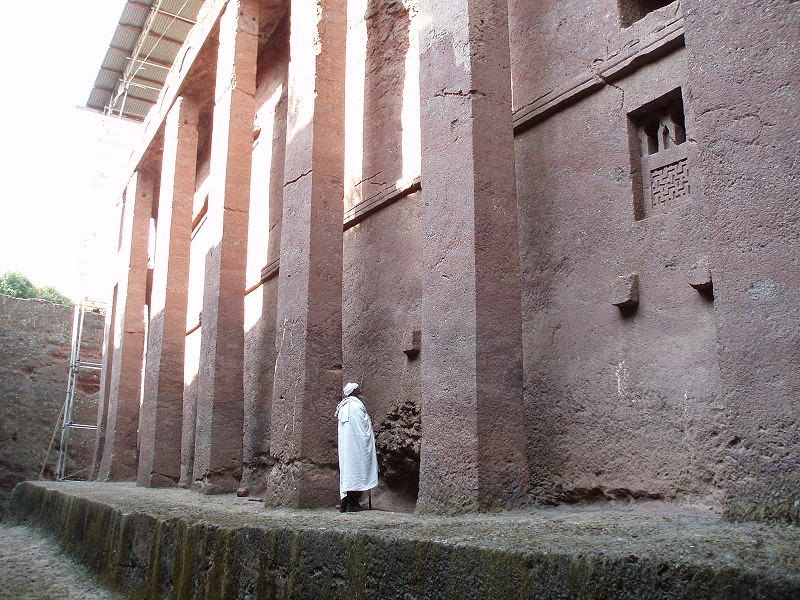 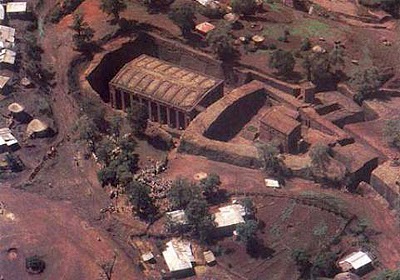 Another fine legend is that Lalibela was poisoned by his brother and lay in a coma for three days, during which time he ascended to heaven and saw a vision of the churches he would build. (Bet Medhane Alem) The churches are connected by tunnels. 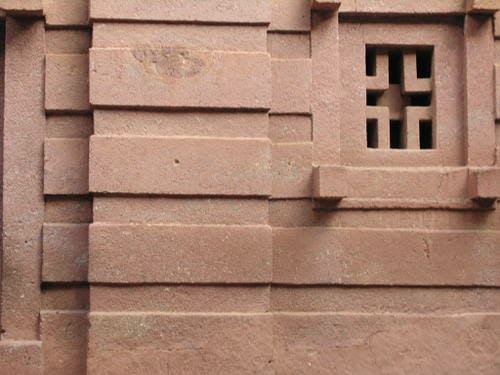 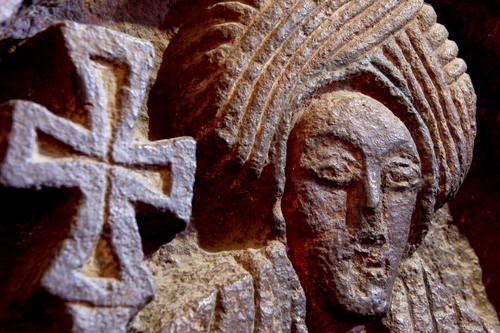 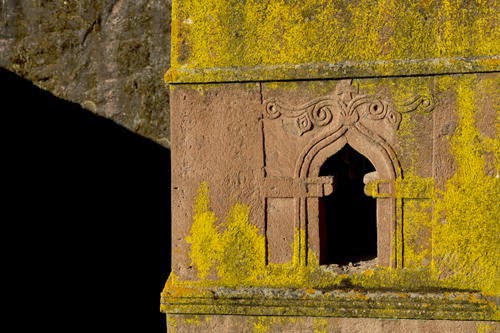 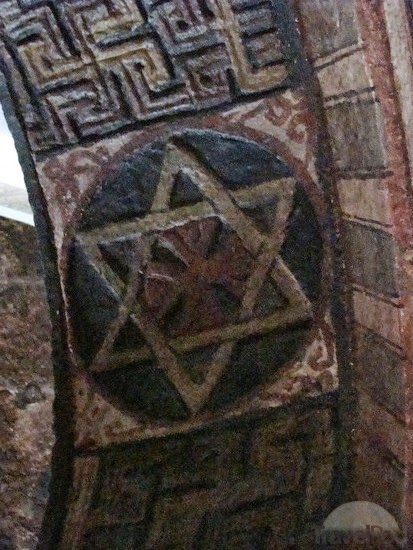 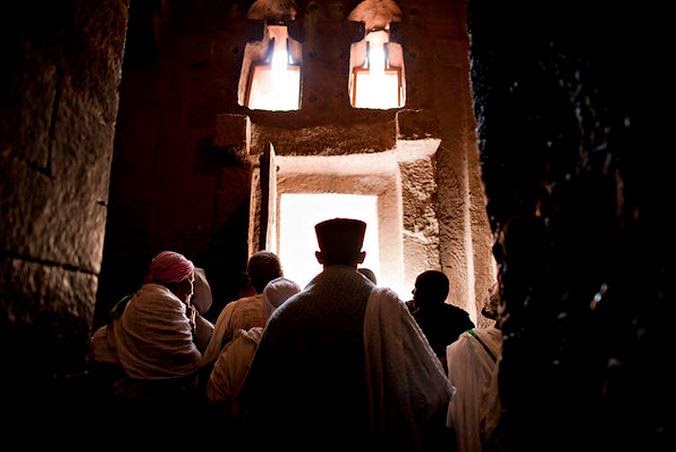 I was inspired to write about them by the photographs of Holland Carter, a scholar of African Art, who took the picture above and the two at the top of the post. Much more of his work here. The rest are from wikipedia and UNESCO.
Posted by John at 7:07 AM