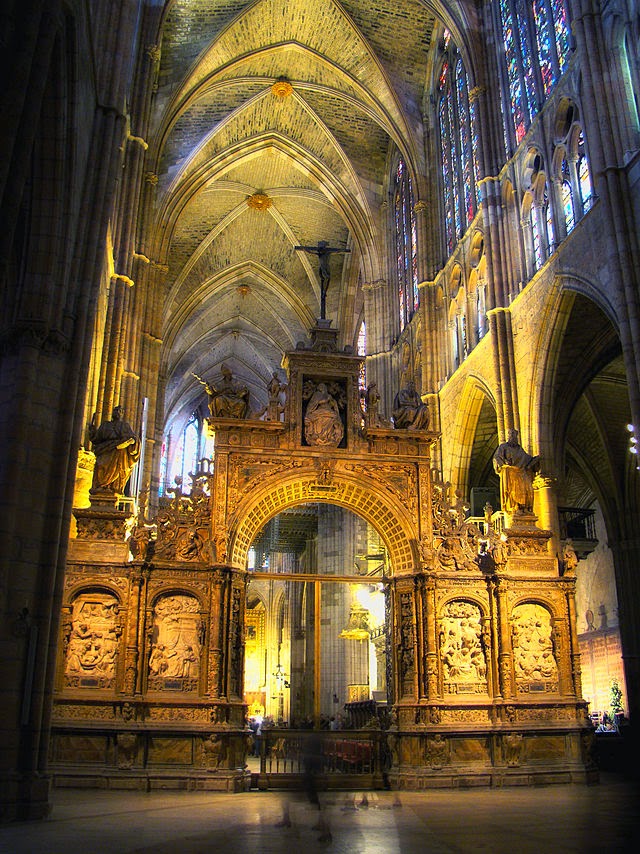 The Cathedral in León is one of the most famous and beautiful in Spain, even though much of what you see today was rebuilt in the nineteenth century. 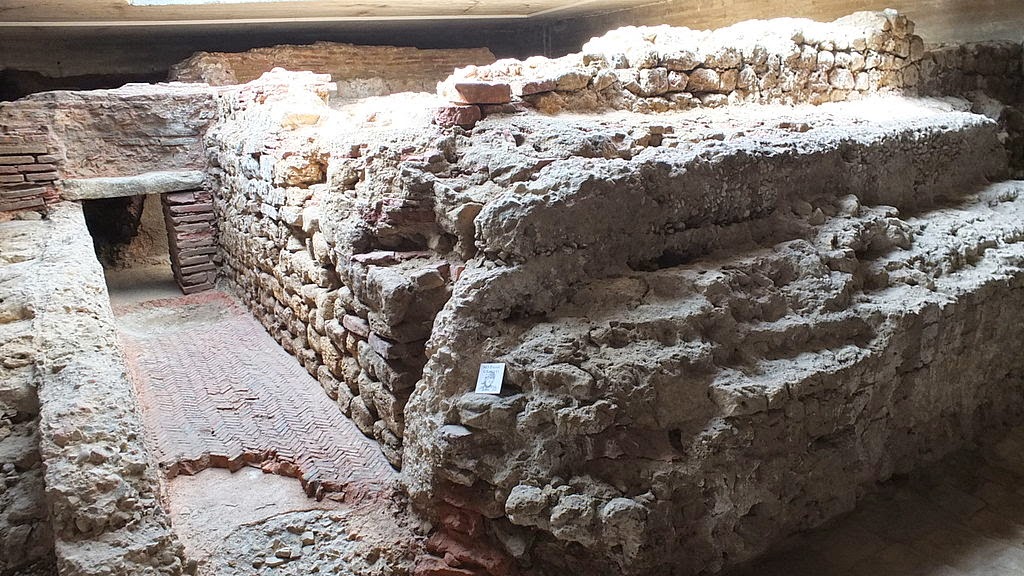 The Cathedral was built over Roman ruins, some of which you can now see in the crypt; this is the baths built by Legio VII Gemina in the second century CE. Building the huge cathedral across the Roman rubble turned out to be a big mistake, which we'll get too later. 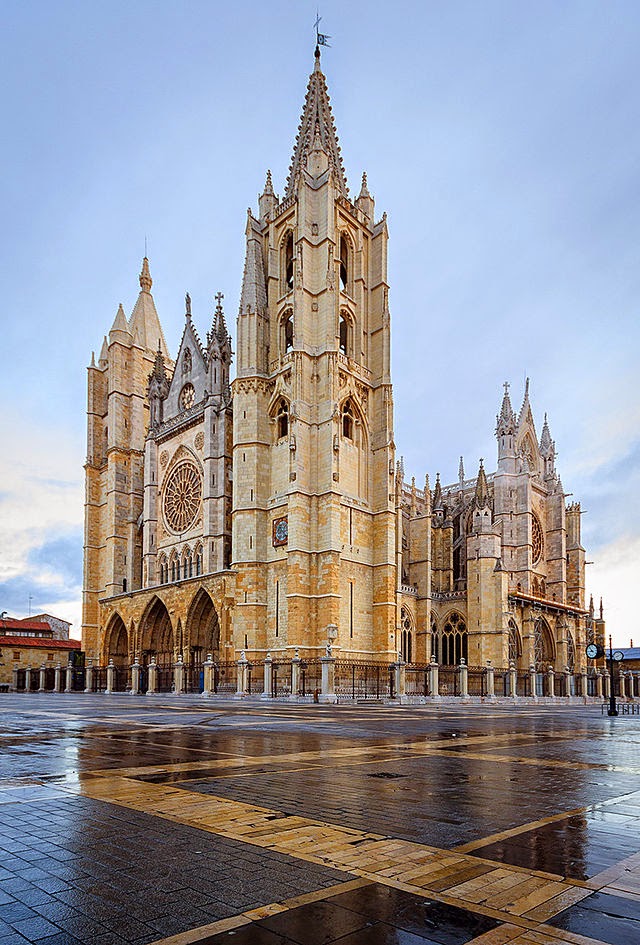 The first Cathedral was built in the tenth century, supposedly by King Odrono II of León after he defeated the Arabs at the Battle of San Esteban de Gormaz in 916. That cathedral was, so the chronicles say, burned by the Muslim conqueror Almanzor (al-Mansur bi-llah, the Victorious by God) in 988 and had to be replaced in the eleventh century. 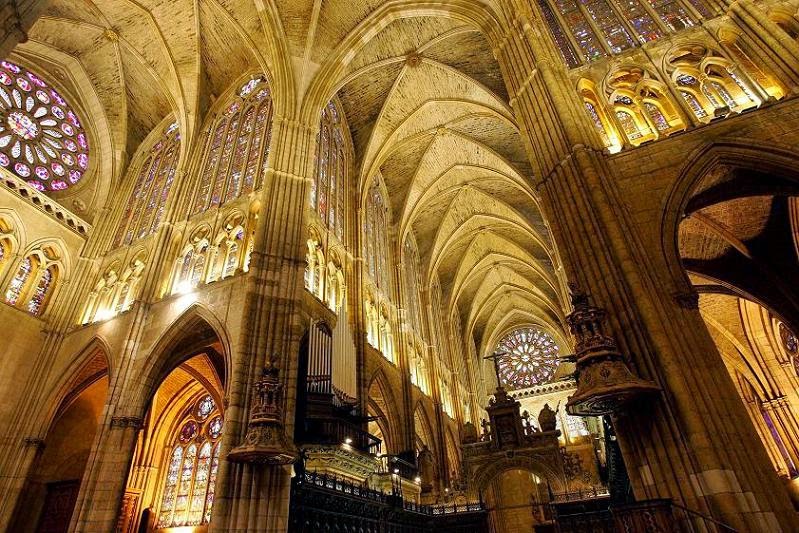 For obscure reasons the eleventh-century cathedral also fell into disrepair, so in 1205 King Alfonso IX began building a new one in the Gothic style. However, the foundations started to crumble as soon as they were built, presumably because they were built on that unstable Roman rubble, and very little happened until 1255. Around that time King Alfonso X brought in a new architect, termed in our records Master Enrique, and he was able to solve the foundation problem well enough to get the works under way. 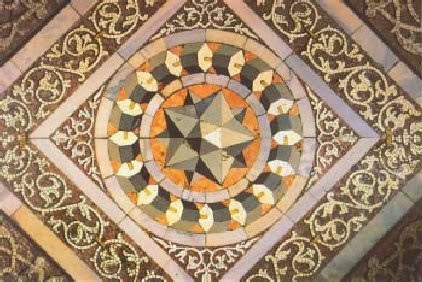 Nailed up inside the Door of Saint John was for many decades a sad old skin identified by Leonese as "the evil mole." According to legend, it was this mole that kept coming out every night and undermining the foundation work that the masons did during the day. This went on until the Leonese waited up one night with clubs, ambushed the evil mole when he emerged, killed him and mounted his skin on a pole beside the works. Sadly Google cannot find an image of the evil mole. 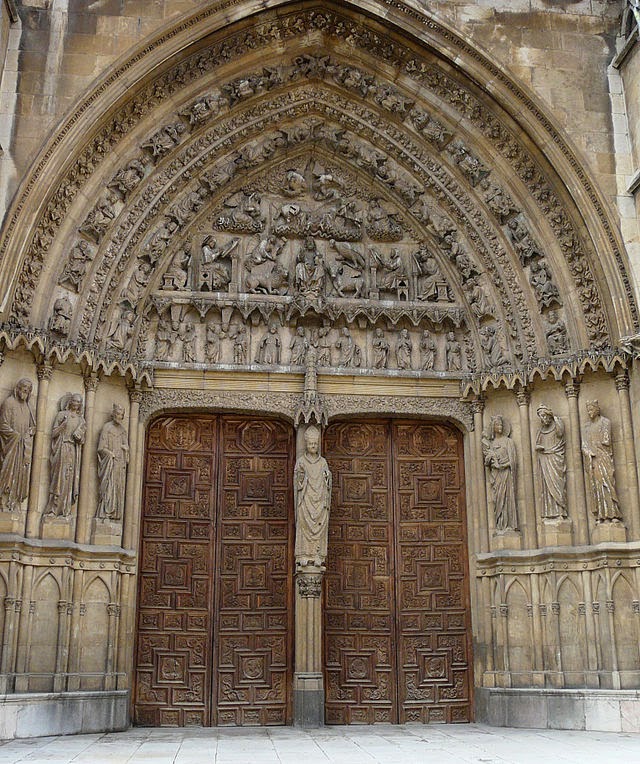 The style of the new cathedral was obviously influenced by the French Gothic, especially Reims and Notre Dame de Paris, so Master Enrique must have at least traveled in France and probably worked there. Master Enrique died in 1277, but work on the cathedral continued, and it was consecrated in 1302. 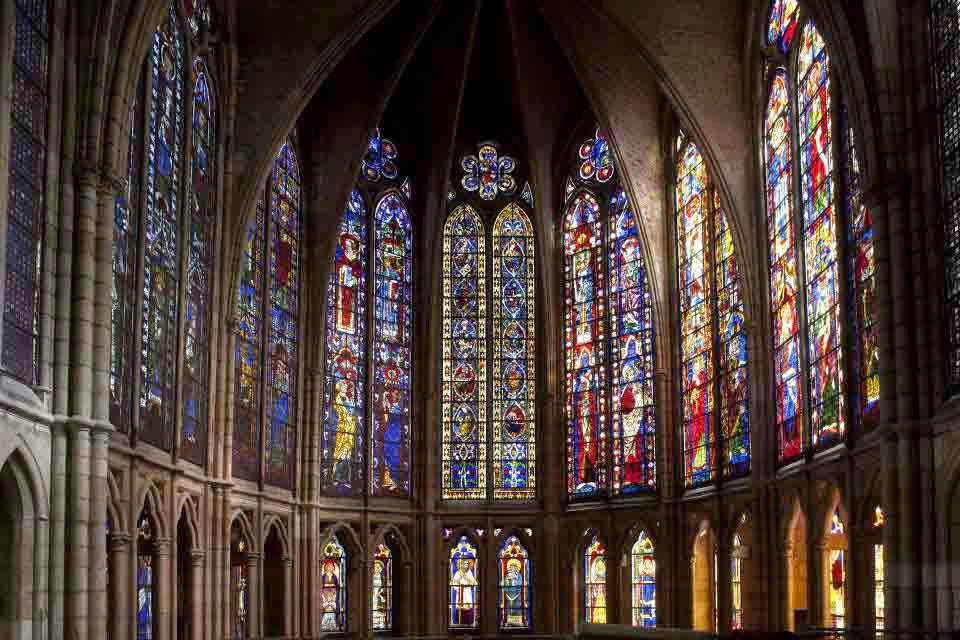 Work continued through the fourteenth century, and much of the stained glass dates to that time. So does the southern tower. 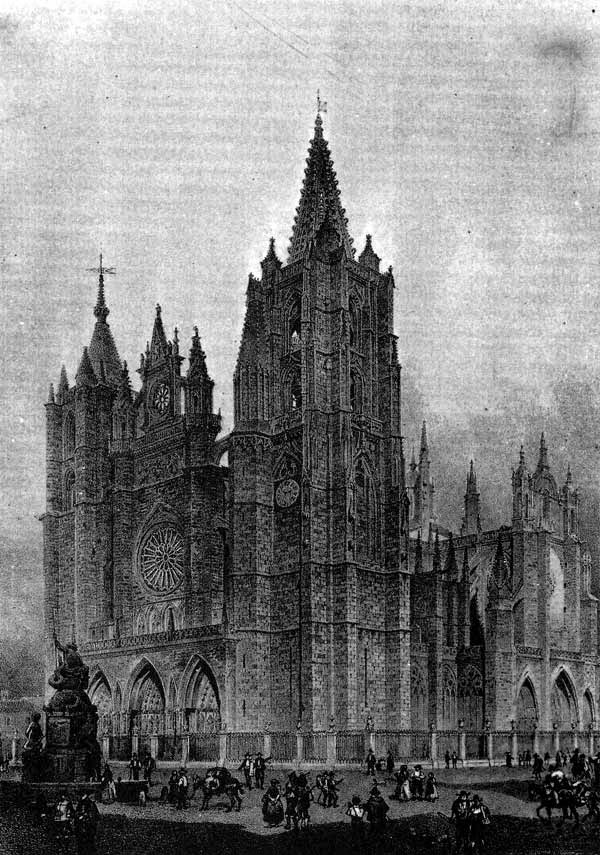 In the fifteenth century, alas, the thing began to fall apart. Partly because of the unstable foundations, and partly because much of the stone was a rather soft, crumbly sandstone, the walls settled unevenly, putting unsupportable strain on the upper works. Extra buttresses were added, and they held things together for a while, In 1631 the crossing collapsed, bringing down much of the roof. The Gothic tower was replaced with a Baroque dome. By 1844 the whole structure was in danger of collapsing. The crown of Spain designated it he nation's first historic monument, to assist in raising funds for restoration. (Above, the Cathedral in 1850). 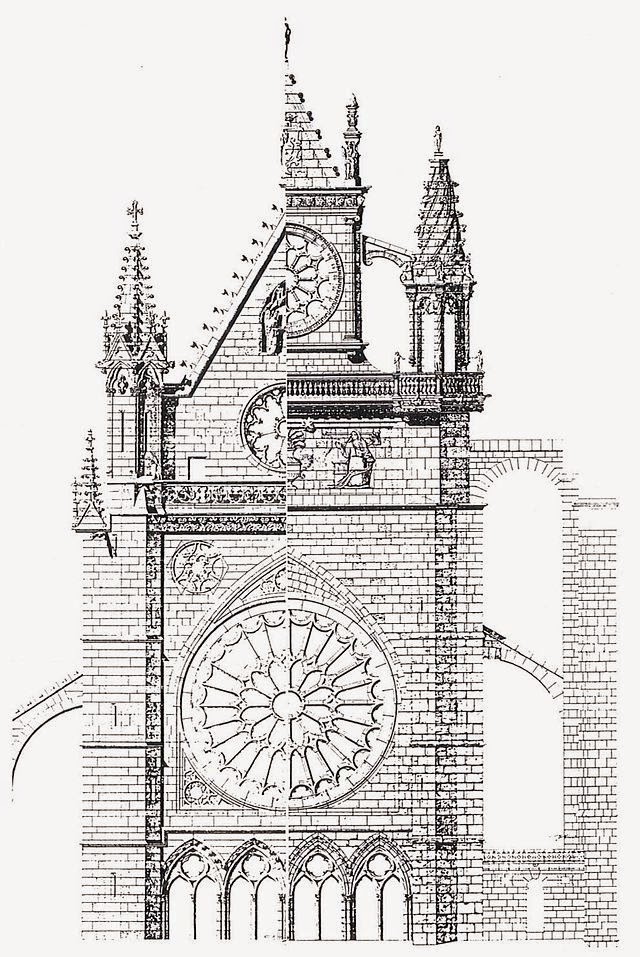 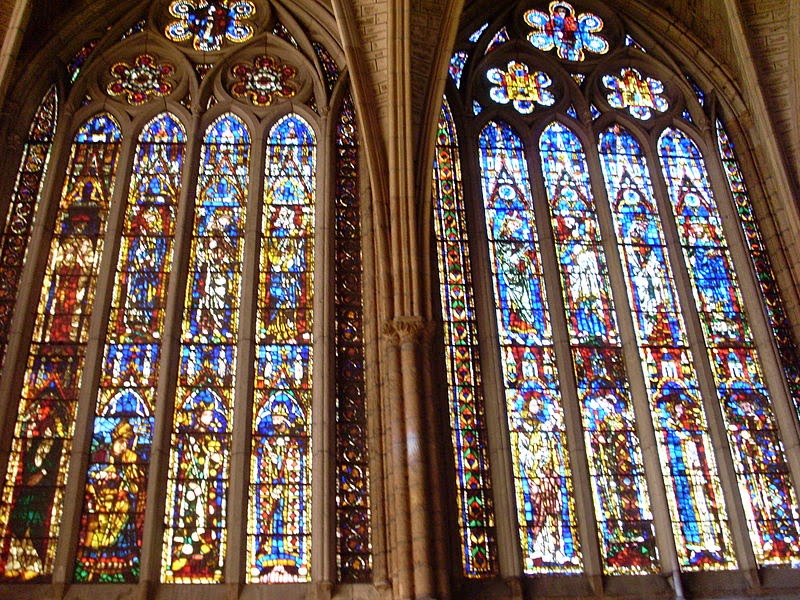 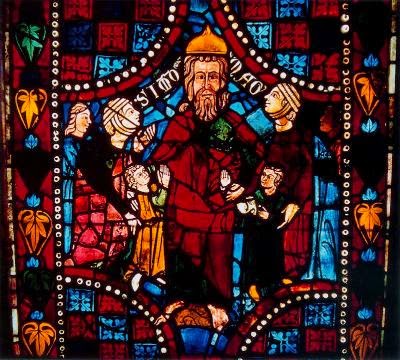 So, anyway, much of the modern fabric is not original. But much of it is, including the wonderful windows. 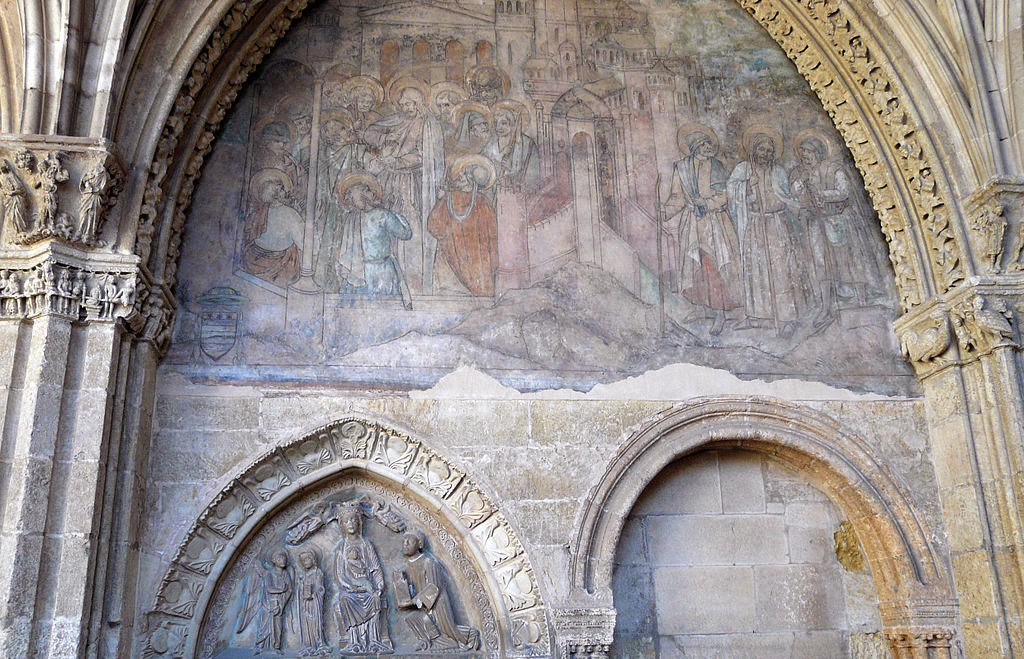 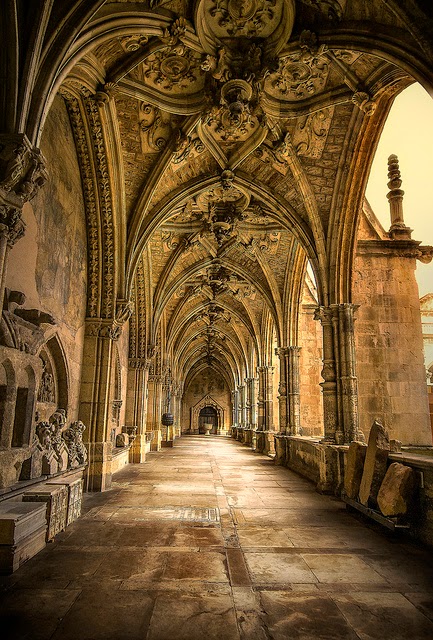 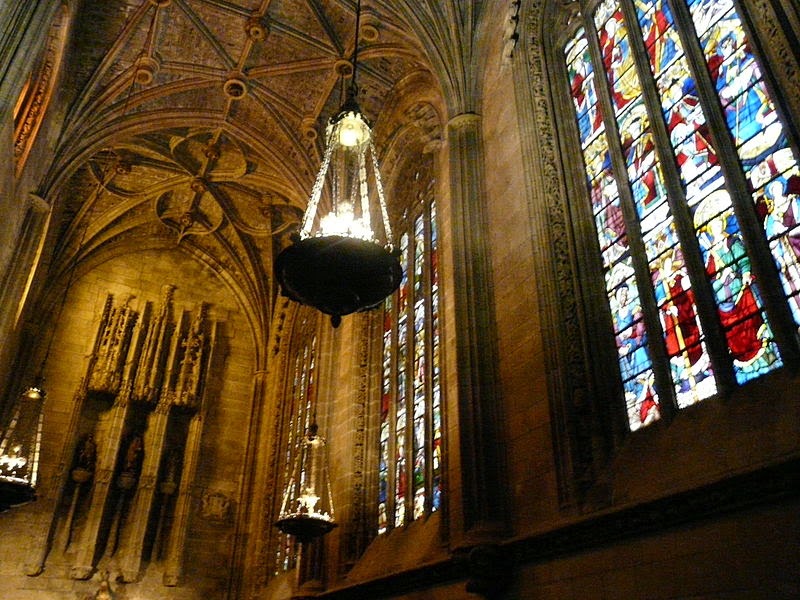 So a wonderful building, maintained through the centuries despite the curse of the evil mole and all the other problems that have bedeviled it. 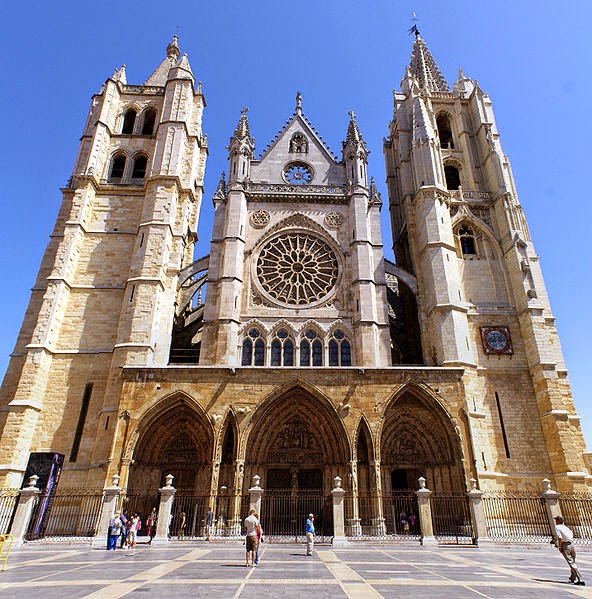