The Wedgwood Collection is the accumulated physical archive of the Wedgwood Company, 80,000 objects -- pots, pattern books, documents -- documenting its more than 250 year history. In 2009, Waterford Wedgwood Plc went bankrupt, leaving a debt to its pensioners of £134 million. Because of complicated legal connections between the Wedgwood Museum Trust and the company, the Museum Trust ended up liable for the entire pension debt, and the British courts threatened to sell off its collection to raise funds for the pensioners. The courts accepted a notional price of £15.75 million for the collection, so that is the amount that has to be raised to keep the collection intact; otherwise it goes to the auction block. About £13 million has already been raised, mainly from the Heritage Lottery Fund and the Arts Fund, leaving £2.74 million that still needs to be raised by November to prevent the sale. So, a few treasures from the Wedgwood Collection. Above, the Dancing Hours chimney piece, eighteenth century. 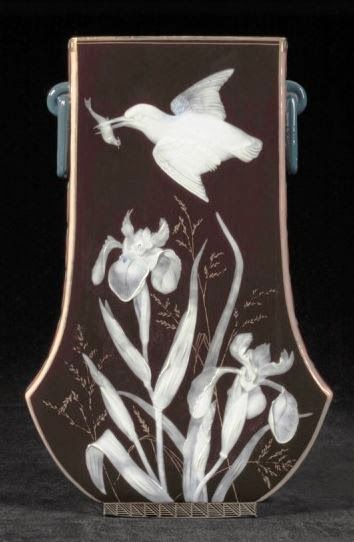 Banjo Vase, 1878, produced by the pâte-sur-pâte technique, "the slow building up layer by layer of slip or dilute clay allowing for the creation of delicate and translucent decoration." 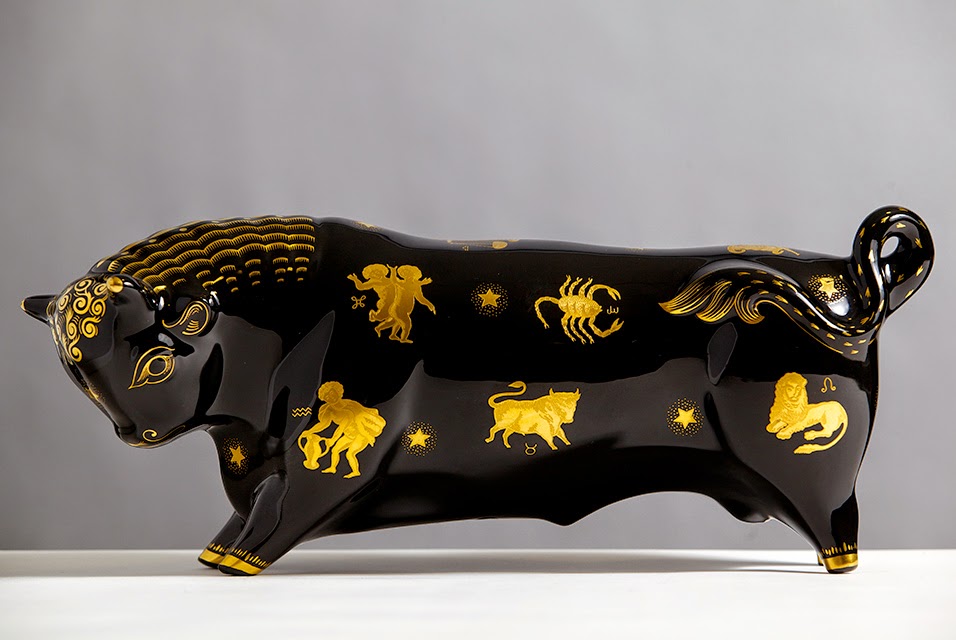 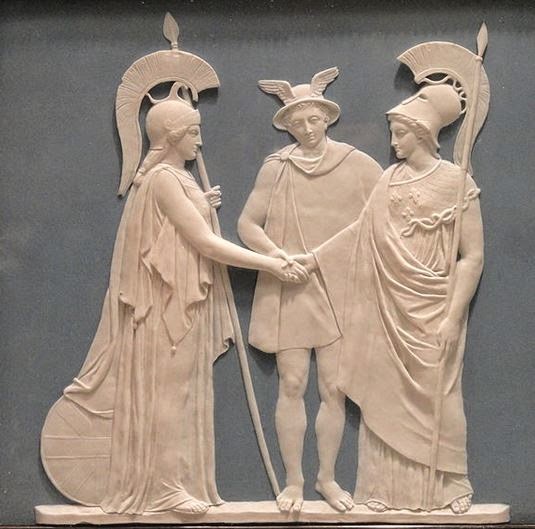 Plaque, Mercury Joining the Hands of England and France, c. 1787. Wedgwood was an Enlightenment internationalist who worked for peace, quite apart from the commercial spirit of this work. 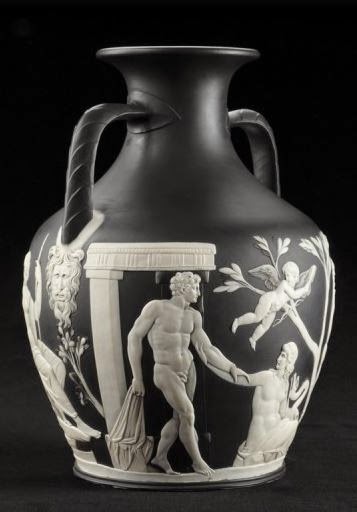 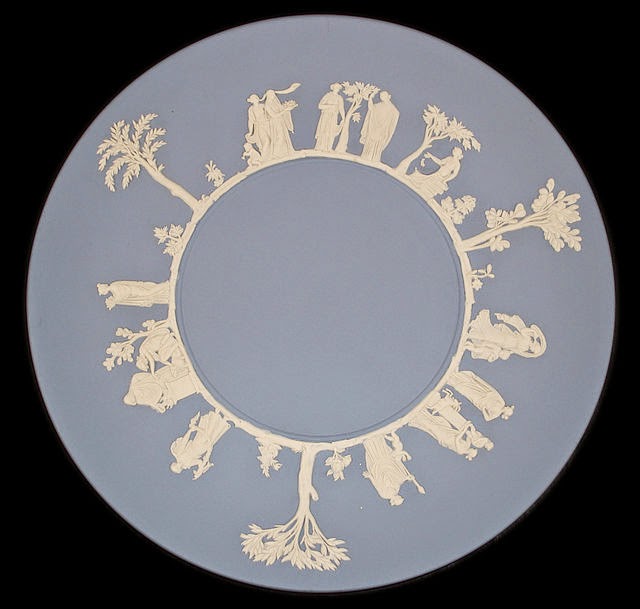 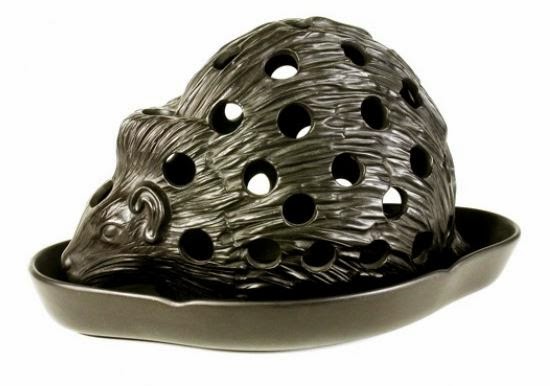 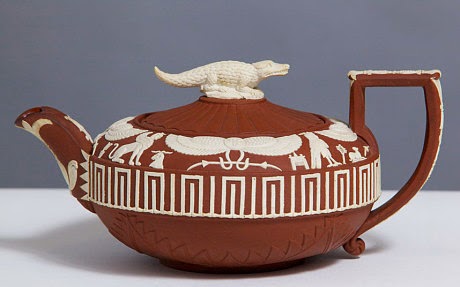 Red jasperware teapot with Egyptian designs, 1800. Probably made to celebrate Nelson's victory in the Battle of Aboukir Bay. 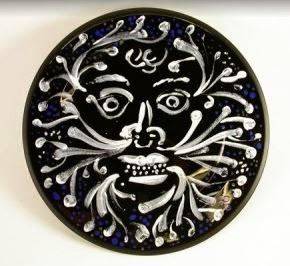 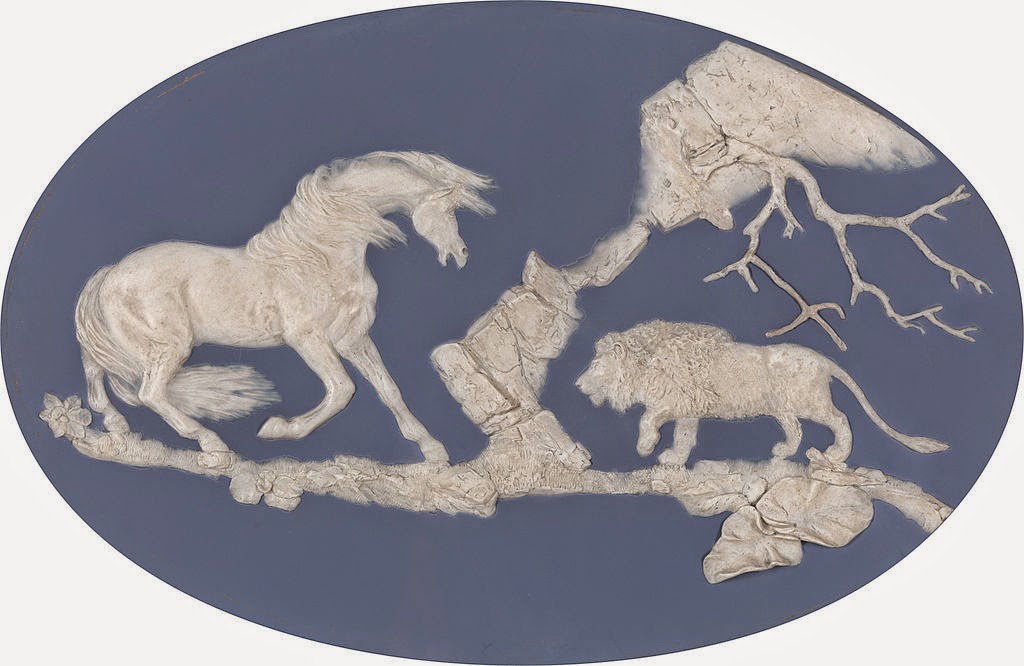 One of Wedgwood's many, many representations of Horse Frightened by a Lion by George Stubbs. 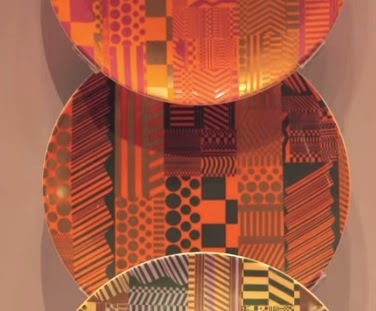 Even Wedgwood went through the 1970s. These are from the Variations on a Geometric Theme collection, based on a design by Eduardo Paolozzi. 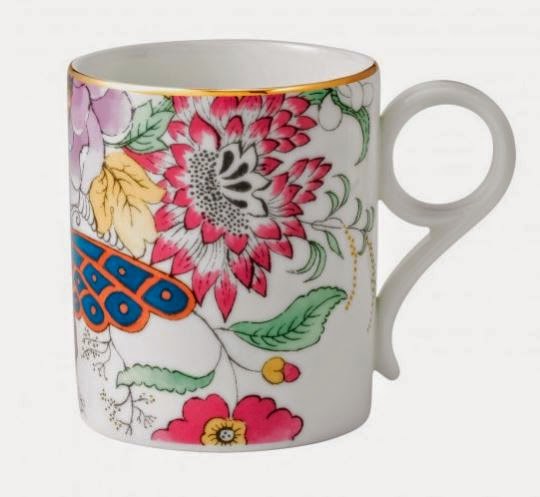 One of a series of mugs featuring classic Wedgwood patterns that you can buy to help raise money for the collection.
Posted by John at 8:19 PM