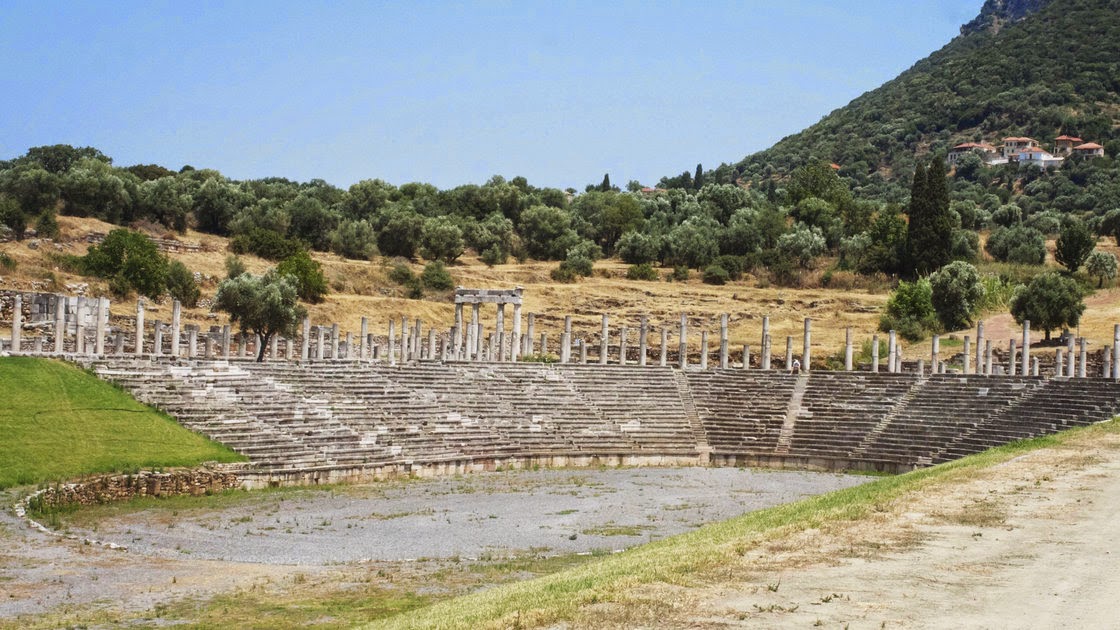 The classical Greek town of Messene has recently been restored to tourist-drawing loveliness. This is the stadion, where youthful aristocrats polished their physiques and did other things one does not mention. 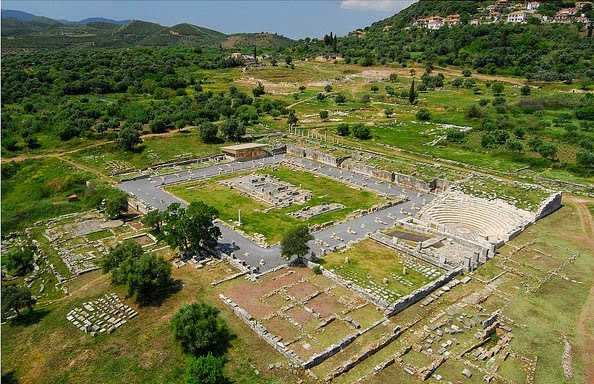 The Temple of Asklepios. If you ever studied ancient Greece you perhaps heard of Messenia, a region conquered by the Spartans, who forced the Messenians to work as helots to support their Spartan masters. After the Thebans trounced the Spartans at the Battle of Leuctra in 369 BCE, their leader Epaminondas knew how to rub salt in the Spartans' wounds: he freed the Messenians and founded the city of Messene to serve as their capital. To lead the new state he brought home from exile noble Messenians who had been living in Italy or Africa for 250 years but (so the story goes) still identified as Messenians and spoke the Messenian dialect. 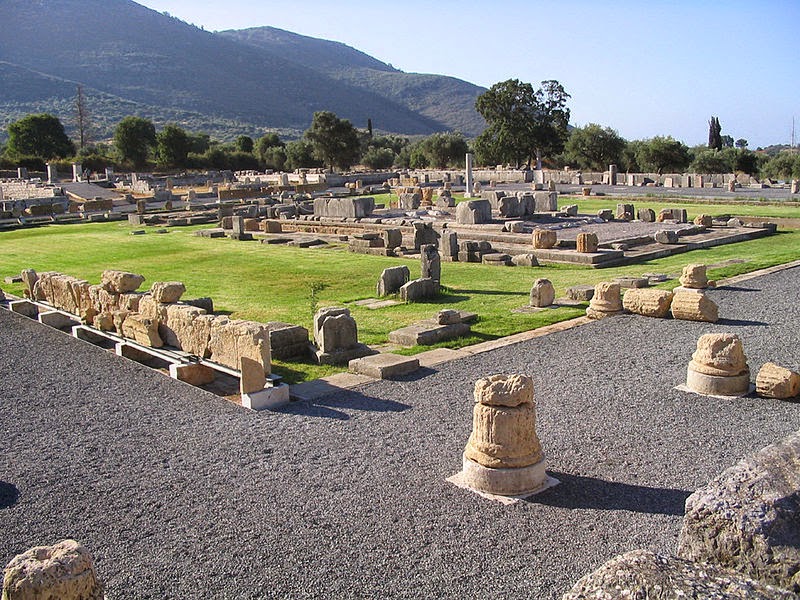 As soon as the Thebans withdrew, the Spartans set about trying to reconquer Messenia, a struggle that went on until the Macedonians conquered everybody. 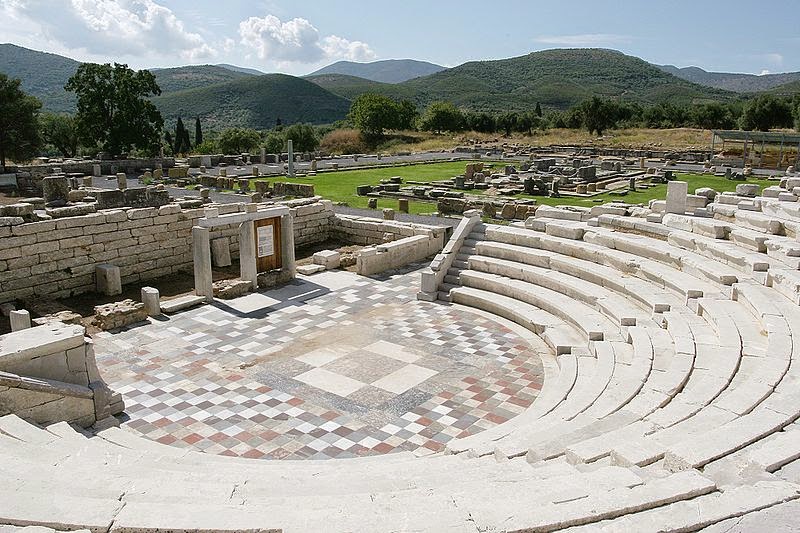 Looks like a lovely spot. I loved the second tier Greek sites more than the crowded main attractions, especially the ones that were lost in the Peloponnesian countryside.
Posted by John at 7:39 AM