From the Treasure House of Bunny Mellon 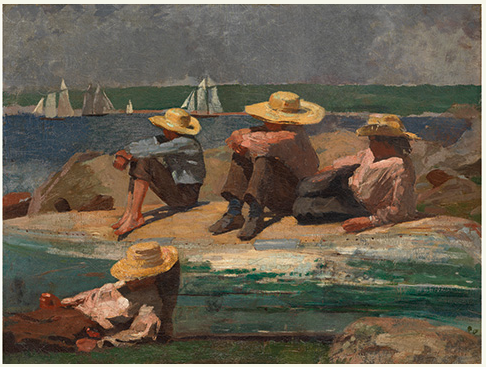 Rachel Lowe Lambert Lloyd Mellon (1910 – 2014), generally known as Bunny, was the second wife of Paul Mellon, who spent his life trying vainly to reverse, through philanthropy, the bad karma accumulated in his line by the dastardly deeds of his robber baron ancestors. Mrs. Mellon led a pretty retiring life for a famous zillionaire; her most important public act was designing the White House rose garden. She spent her time planting gardens, riding horses, flying planes, and collecting art. Sotheby's is getting ready to sell a mansionful of her stuff, including paintings, jewelry, antique furniture, and more. Above, Winslow Homer, Children on the Beach, 1873. 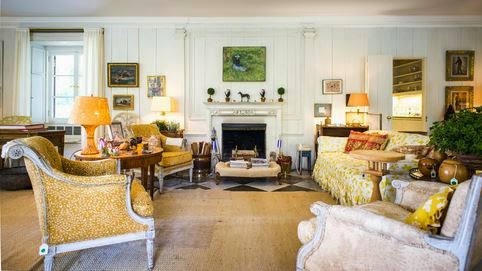 The living room of the Mellon estate in Upperville, Virginia. The Homer shown above is to the left of the fireplace; above it is a Seurat; to the right is a Klee. Slideshow of the house here. 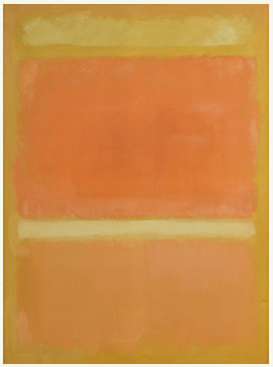 One of two valuable Rothkos in the collection, expected to fetch more than $20 million each. 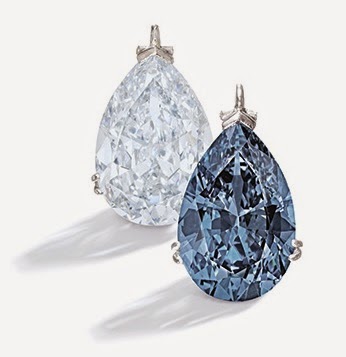 Two diamond pendants, one a particularly fine blue, 9,75 carats, estimated at about $15 million. 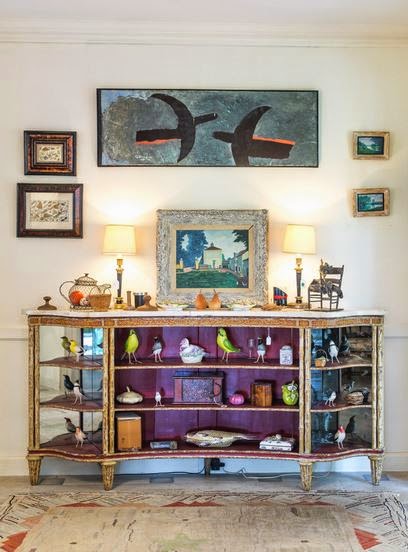 A hallway in the house, with a George Braque (top center -- normally Braque doesn't do much for me, but I like this one) and one of Jan Van Kessel the Elder's seventeenth-century drawings of insects or birds (bottom left). Also lots of the tchotchkes that Bunny also collected with great enthusiasm. 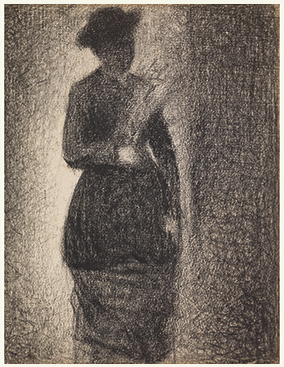 Georges Seurat, Woman with a Bouquet. 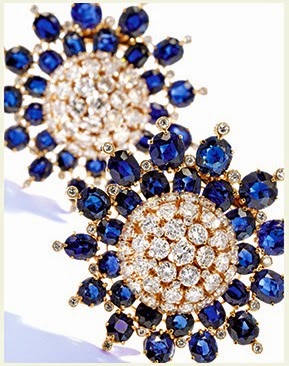 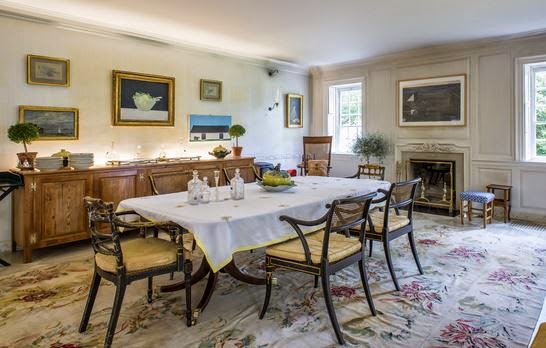 The dining room, which features a Diebenkorn, a Georgia O'Keeffe (White Barn, over the hutch), and a Nicholas de Stael. 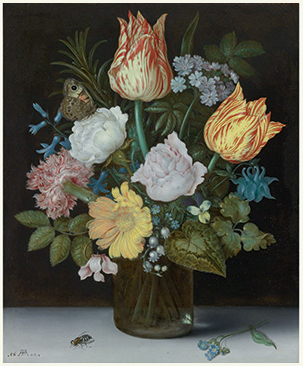 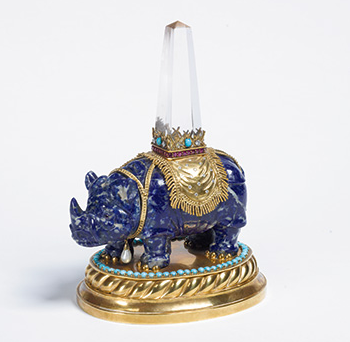 And this thing, which Sotheby's describes as  a "gold, gem-set, rock crystal and sodalite rhinoceros, Fulco di Verdura, Mid 20th-Century," with the incredible estimate of $15,000,000-20,000,000. I think "owning a $15 million sodalite rhinoceros" might be the perfect synonym for "having too much money."
Posted by John at 7:27 AM