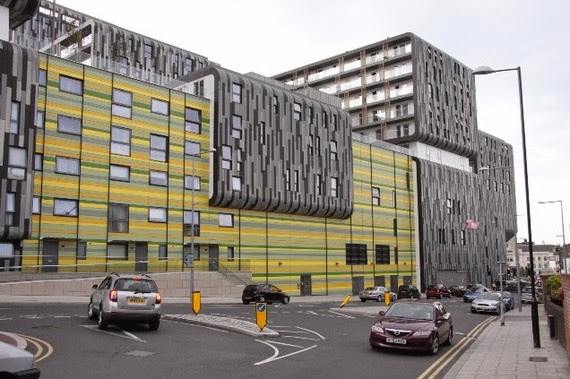 Once upon a time Prince Charles said that a proposed addition to London's National Gallery looked "like a monstrous carbuncle on the face of a much-loved, elegant friend." Thus was born the Carbuncle Cup, given by Building Design to Britain's ugliest new building of the year. It's hard to argue with this year's award, which went to the ghastly Woolwich Central, in London's Woolwich neighborhood. 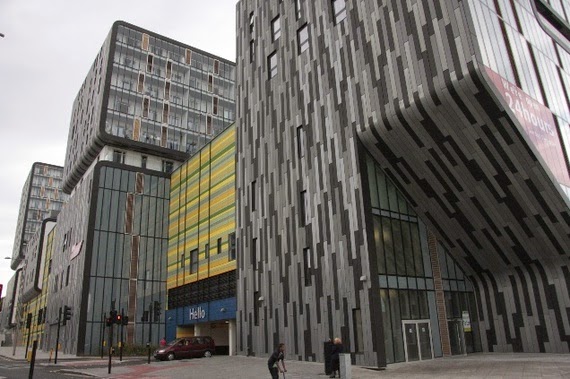 Now that is an impressive level of ugliness. The developers were the Tesco subsidiary Spenhill; the dsign by the architectural firm Sheppard Robson.
Posted by John at 12:59 PM