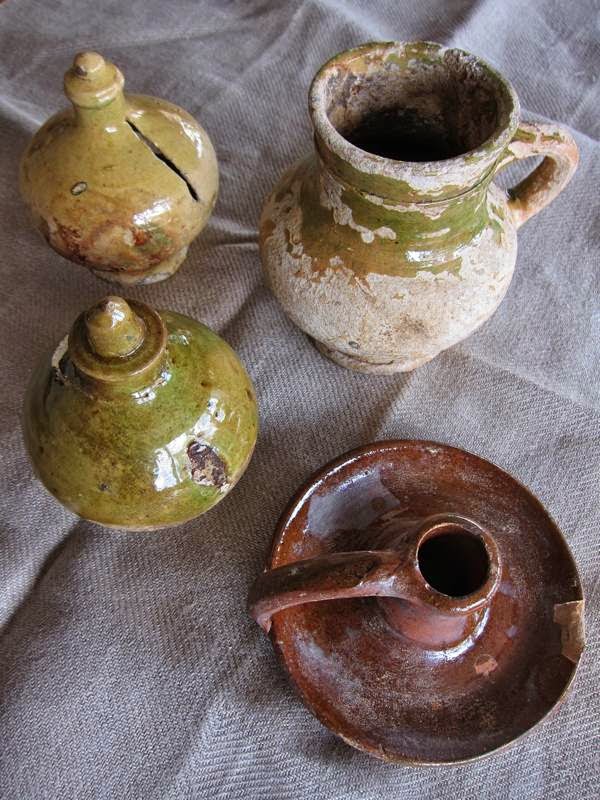 The building of the East London Line occasioned a great deal of archaeology, including the excavation of trash deposits dating from around 1575 to 1625 along Holywell Lane. Spitalfields Life visited the collection and posted these pictures. The collection above includes two sixteenth-century "money boxes":


Manufactured on the Surrey-Hampshire border and glazed in an attractive mustard hue, these were turned on a wheel and pin-pricked to let the air escaped as they dried. Then the coin slot was cut with a knife and they were dipped into glaze before firing. . . . these moneyboxes were sometimes used in theatres to collect coins as the audience entered and then stored in a box until they were full, in a room that became known as the Box Office. Similar moneyboxes were found at the Rose Theatre site and these discovered in Shoreditch may be connected to the Theatre or the Curtain Theatre nearby.

The pitcher is also Borderware, the candlestick probably made in London. 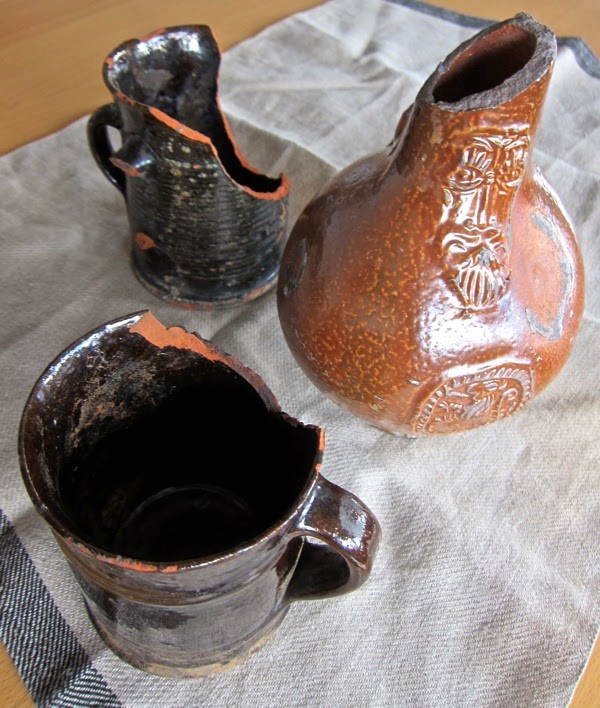 More ceramics of around 1600, a German stoneware "Bellarmine" bottle an two mugs of red earthenware. 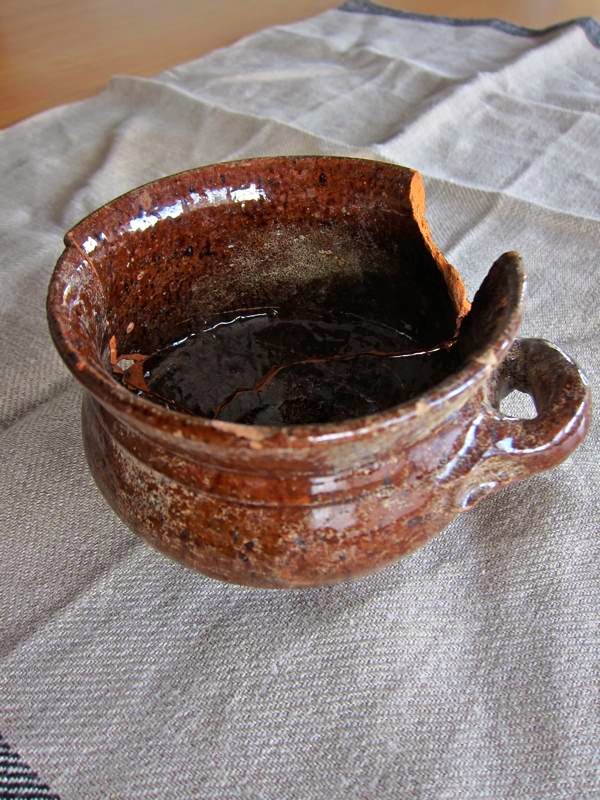 A porringer, a bowl made for holding in your hand while you ate around the fire rather than at table. 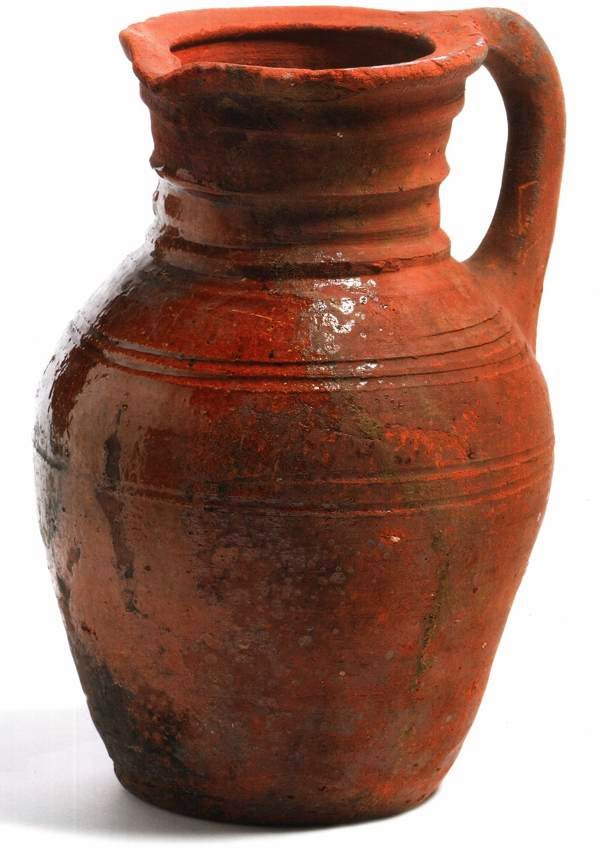 Late sixteenth-century pitcher made in London. 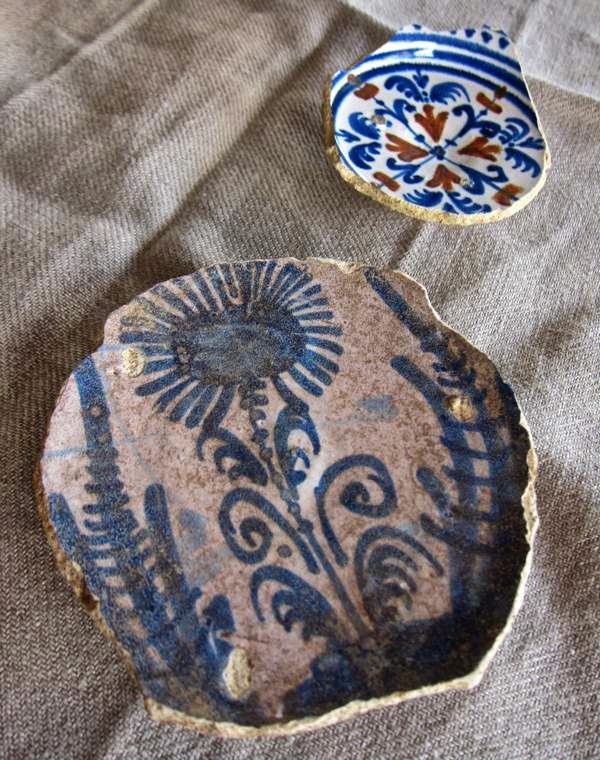 Fragments of two large plates ("chargers") made of tin glazed or Delft ware. 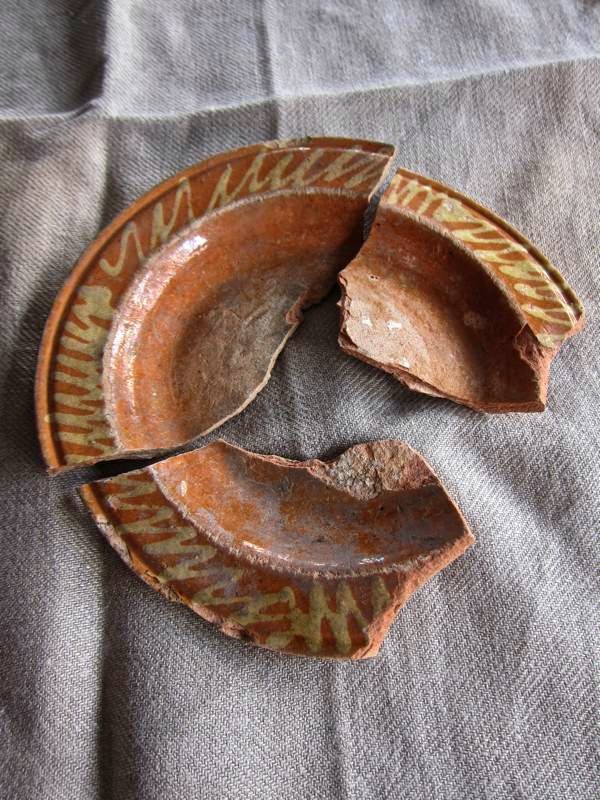 Slip decorated plate, This habit of "trailing" slip across earthenware dishes to create these designs became common in the late 1500s. It remained popular into the mid 1700s, after which it nearly disappeared from England and the Chesapeake region. However, Pennsylvania German potters kept making and selling these well into the 1800s and we regularly find them on Delaware sites down to the Civil War. In fact they still make them, although of course they are not common now like they once were. 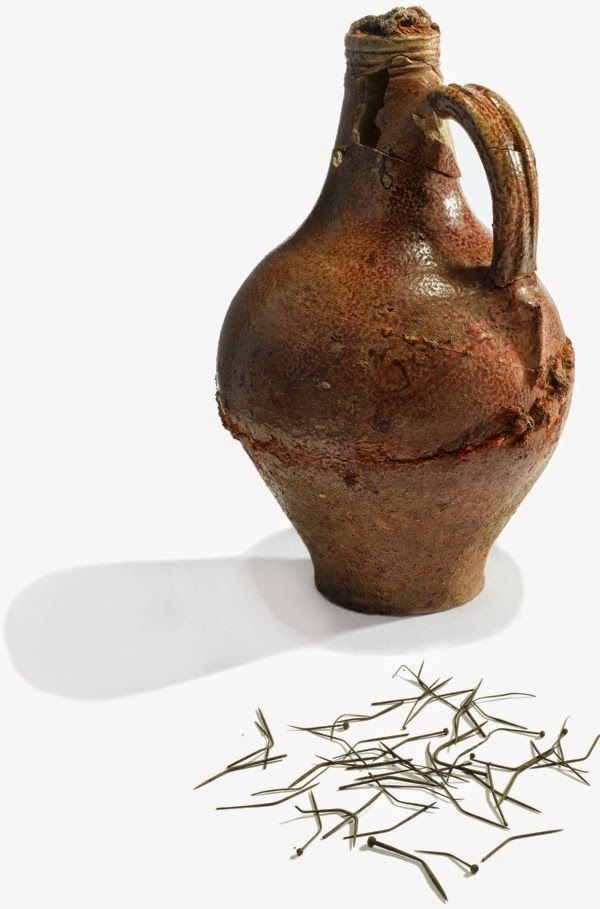 A "witch bottle" filled with urine and metal and then buried to deter hostile magic, or to force a witch to reveal herself.
Posted by John at 7:05 AM