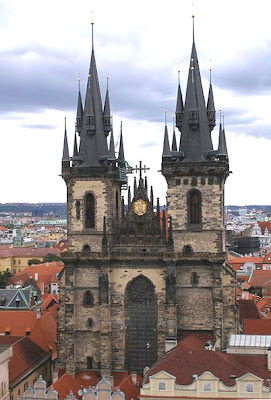 Prague's most famous building is the magnificent Church of Our Lady Before Tyn. Construction of the surviving church began in the late 1300s, replacing an earlier building. Most of the work was completed by 1450, but famous facade was not finished until 1511. The name comes from a former market that was nearby, Tyn Square, so this was the church you came to before you came to Tyn. 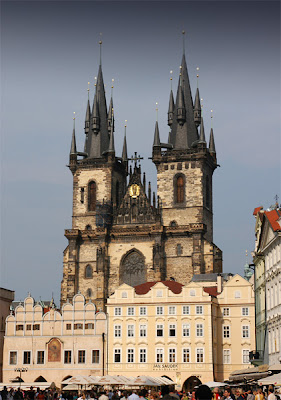 The two towers do not match; this is said to be an intentional comment on the male and female haves of creation, or, others say, on the complementarity of husband and wife in marriage. Beats me. The towers are 260 feet (80 meters) tall. 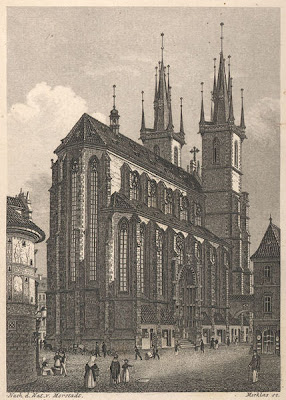 As you can tell from the photos, the church is now surrounded by buildings old enough that they can't be torn down but that make it hard to see the church very well. Thus wikipedia shows this old engraving of the nave when it could still be seen, a much more conventionally gothic design than the facade. 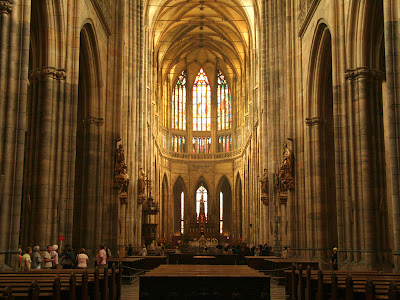 View toward the west end of the church, still medieval looking. 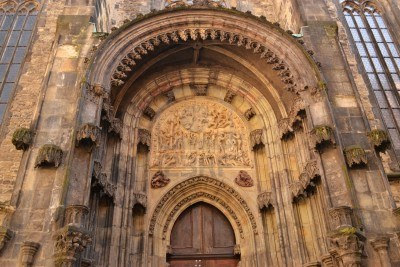 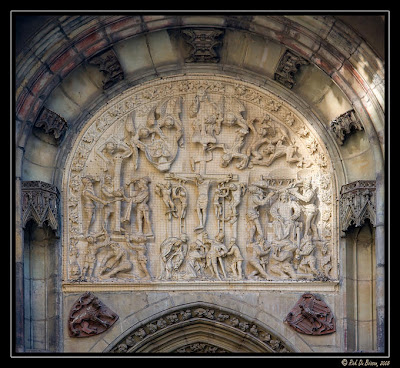 Two images of the north portal, a famous work of Gothic sculpture. 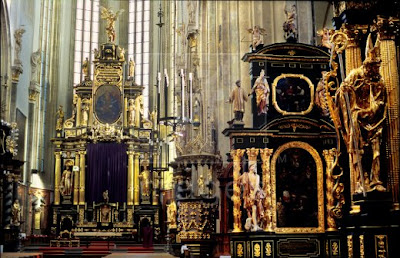 The interior of the church was badly damaged during the Hussite Wars -- for a while it was the main church of the Hussites -- and the Reformation, and then by a fire in the 1600s. The symbolic center around the altar suffered most from all of that theological wrangling. What you see looking toward the altar today was largely installed by the Jesuits by way of reasserting Catholic control. Ah, the Baroque, when the words "too much" lost their meaning. 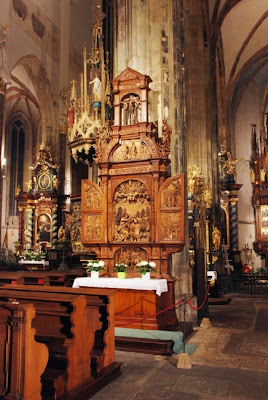 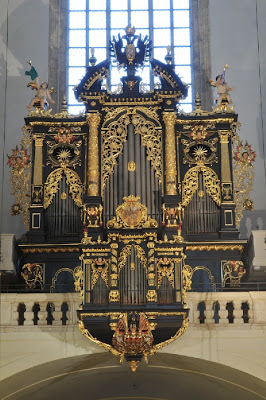 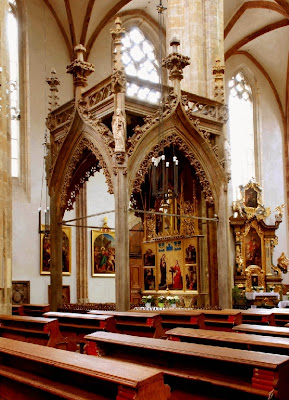 One medieval survival is this baldachin -- that's a stone canopy over an altar, a word you can now use to impress your friends should you ever be guiding them around a medieval cathedral -- installed in 1493. 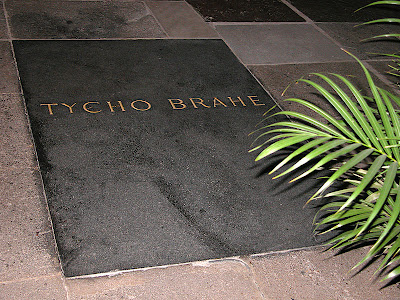 The modern tombstone of astronomer Tycho Brahe.
Posted by John at 10:17 AM