Peary, not at the North Pole 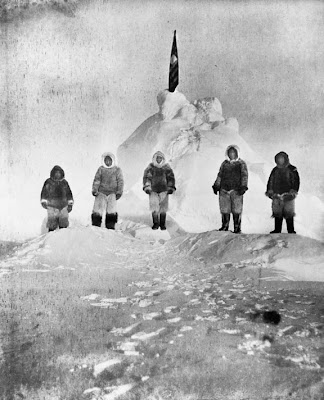 As an aside, I note that National Geographic has accepted that their guy Robert Peary never really reached the North Pole. This photo, from their 125th anniversary retrospective, is captioned


Robert Peary’s 1909 Arctic expedition likely came within ten miles of the North Pole—closer than any explorers before them.

It isn't Peary's mistake that bugs me, it's the way he and his powerful backers acted afterward to cover it up, and make it seem that he really did reach the pole, that makes me insist that he didn't "reach the North Pole."
Posted by John at 8:30 AM