Status, Dress, and the Shoes of Roman Children 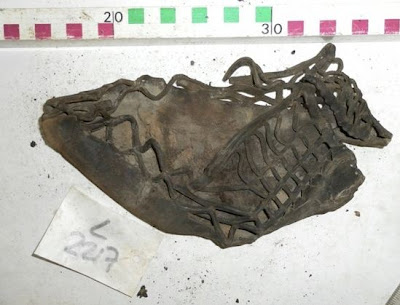 Just about everything we like to bemoan about our own consumerist obsessions was pioneered by the Romans. Consider the habit of dressing small children in fancy garb, as a way of showing off their parents' status. A new study of shoes from Roman military bases shows that the children of officers wore much fancier shoes than those of ordinary soldiers. Most of the shoes cited in the study come from Vindolanda on Hadrian's Wall, where excavations have turned up more than 4,000 shoes. 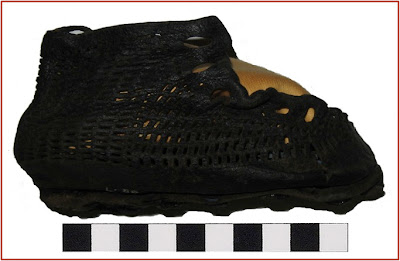 Above and top, elaborate carbatinas worn by officer's children. Below, a miniature felt marching boot worn by the child of a common soldier. 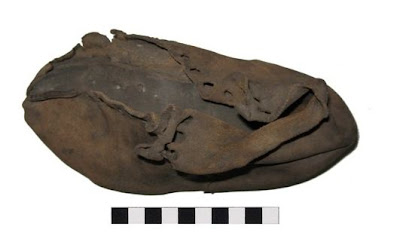