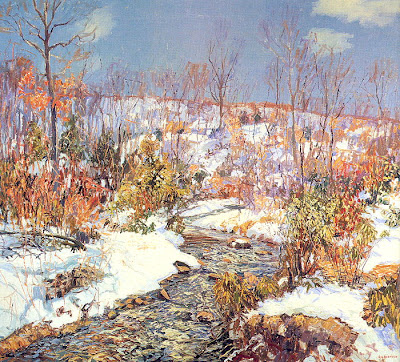 Edward Redfield (1869-1965) was the leading spirit of a school of painters sometimes known as the New Hope Impressionists. Centered on Philadelphia, they ignored more radical developments in the art scene and concentrated on rendering their world, both country and city, in pleasing tones. Redfield painted a lot of good pictures but none I would call great. Part of his appeal to me is that he painted a world I have spent a lot of time in, the old farms of the Delaware Valley. Above is my favorite Redfield painting, Trout Brook (1930) 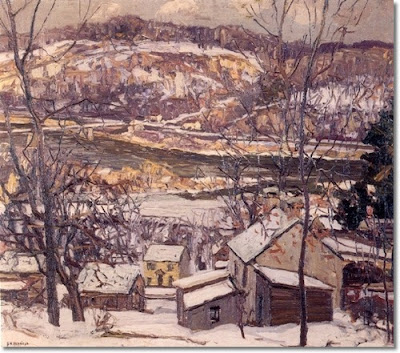 
The Pennsylvania school born in the Academy at Philadelphia or in the person of Edward W. Redfield is a very concise expression of the simplicity of our language and of the prosaic nature of our sight. It is democratic painting--broad, without subtility, vigorous in language if not absolutely in heart, blatantly obvious or honest in feeling. It is an unbiased, which means, inartistic, record of nature. 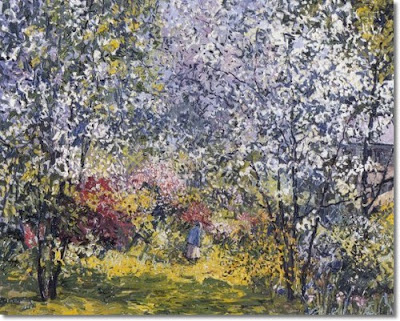 But, I mean, sometimes inartistic, blatantly obvious painting without subtility is more pleasant to be around than kind that grapples with the depths of the soul. Dogwoods (1946). 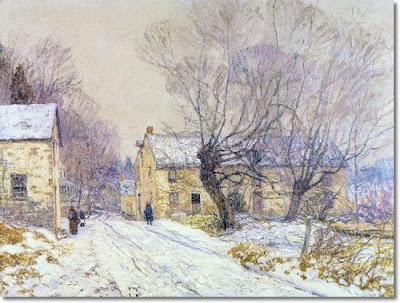 Redfield did all of his painting outside, including the winter scenes, sometimes tying his canvas to a tree. He never made preliminary sketches and finished almost all his works in one sitting. As one critic put it,


Redfield merged the French impressionist aesthetic with the American mythos of the “strenuous life.” 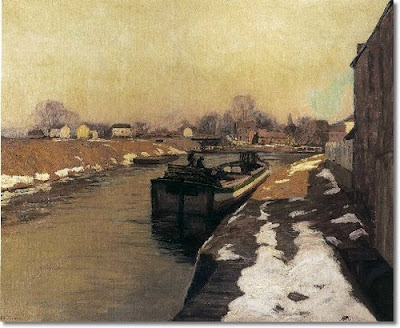 And some of his stuff really looks rather rushed.  Above, Canal at Lambertville (1906). 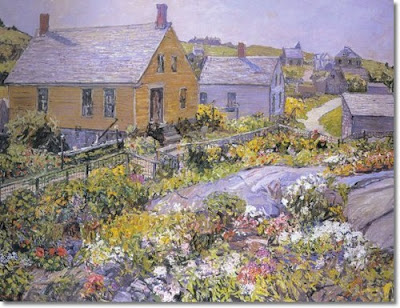 As an aside, imagine how much history someone who lived from 1869 to 1965 experienced. Above, The Rock Garden, Monhegan Island, Maine (1928). 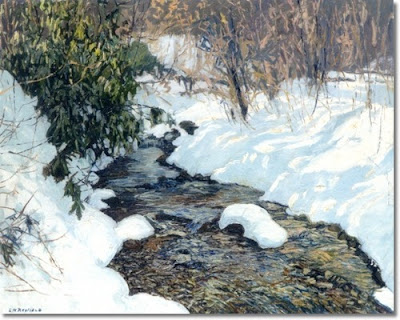 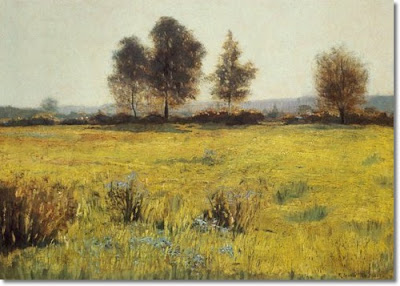 Redfield was born in Bridgeville, Pennsylvania and after extensive travels in Europe he spent much of his later life on a farm in Center Bridge. Late afternoon Reflections, Bucks County and Springtime Pasture. 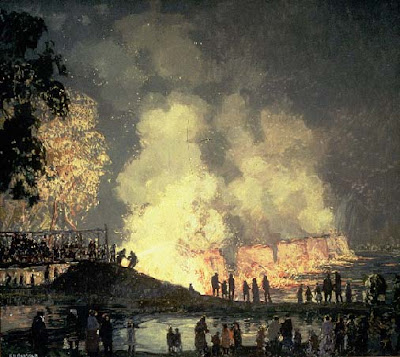 Redfield reached the peak of his career between 1900 and 1920. In those years he had 15 solo exhibitions and won so many awards that most biographers don't even try to count them. He was very popular and his paintings sold very well. Above, The Burning of Center Bridge (1928), unusual in that Redfield painted it from memory. 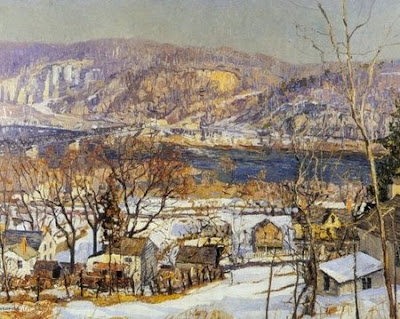 Late Afternoon.
Posted by John at 8:33 AM

Thanks for sharing, I really enjoyed those. We own one of Art Krabill's pond scenes, which seems to be cut from a similar cloth.

Oops, that would be Carl Krabill.