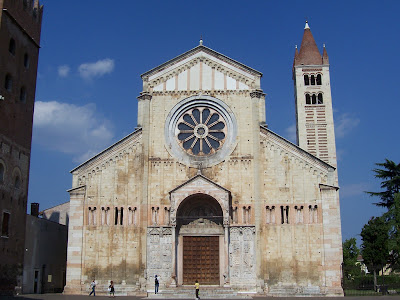 Today's medieval church is Basilica of San Zeno in Verona, mainly built in the 10th century. It is most famous for something that never happened there, that is, the marriage of Romeo and Juliet, but it is an amazing building. It has the solidity and strength of the best Romanesque, but with enough refinement to render it lovely as well. 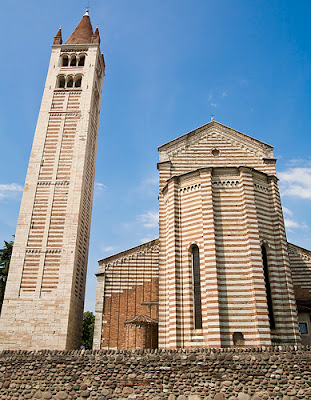 The marvelous bell tower was begun in 1045 and finished in 1178. The apse to the right is a 14th-century addition. 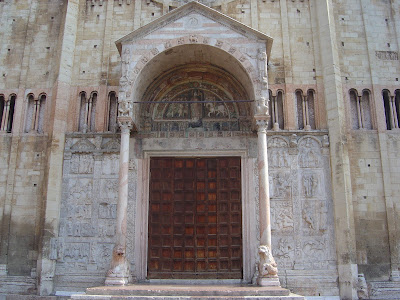 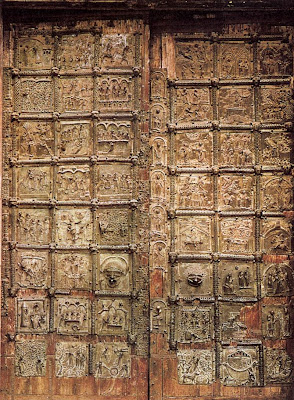 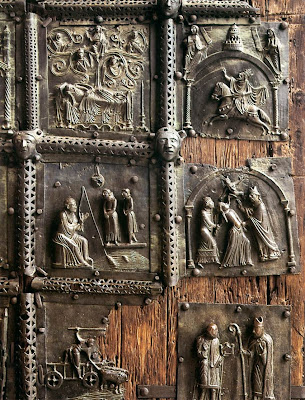 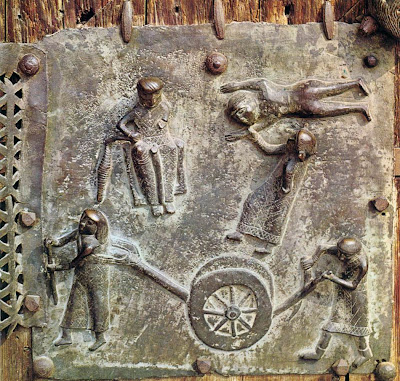 Adam and Even, and Cain and Able, from the West Door. 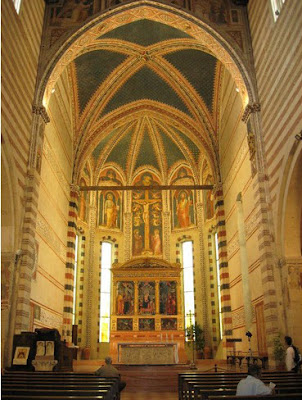 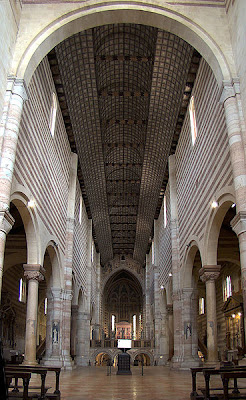 The interior. I wonder if it is possible to take a tour that isn't all about Romeo and Juliet?
Posted by John at 7:26 AM