A Trove of Figurines from the Greek Neolithic 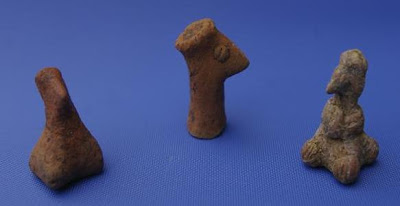 I was reading about the latest collection of small, crude figurines from neolithic Europe -- about 300, found all over the small village of Koutroulou Magoula, occupied between 5800 and 5300 BCE -- when it struck me that this figurine-making habit is something quite remarkable. 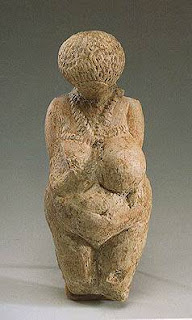 From the Paleolithic to the Bronze Age, Europeans turned out these things by the thousand. They are made of stone, bone, ivory, and especially clay. Some are found in burials or other ritual contexts, but others come from trash  heaps or the floors of houses. The impulse to create human forms seem to have run deep, and to have endured for a very long time. This is certainly not universal; across much of the world such objects are almost unknown. 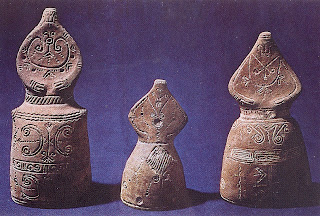 But in central and southeastern Europe, they are inescapable. 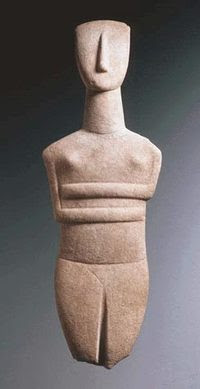 I can't think of what might explain such a long-lived cultural quirk. Was it a religious impulse, related to cults of anthropomorphic goddesses or semi-divine heroes? Was it a habit, passed on because such idols were lying around everywhere people had lived, and people who found them thought they were neat and made their own? Beats me.
Posted by John at 7:38 AM