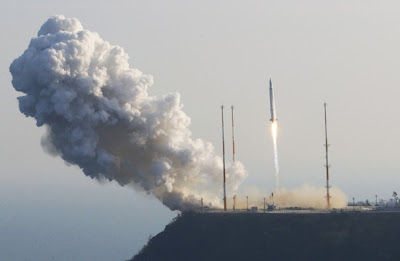 South Korea has successfully launched its first satellite into space. This feat continues the country's extraordinary story of economic growth and technological prowess. 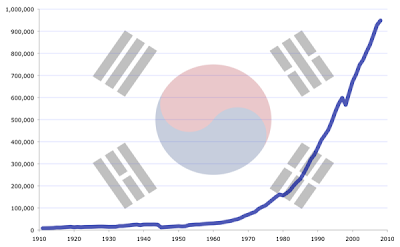 In 1960, South Korea was one of the poorest countries in the world, with a GDP of $79 per person. Most of Latin America and Africa did better. Today Their GDP is $13,300 per person, making them the world's 12th richest country. And for all of you libertarians out there, take note that this growth was carefully planned by the government and carried out largely by half a dozen giant conglomerates (like Hyundai and Samsung) who still do not really compete against each other in the domestic market -- a quite different story than that of Hong Kong or Taiwan.

I imagine that this must have been quite strange to live through. If there is a good book on living through this economic miracle, I would love to read it; any recommendations? I once asked a Korean historian this, after a talk, and he said there is a great novel that gives much of the feel, but he couldn't remember the English title and promised to email it to me, but he never did.
Posted by John at 6:45 AM