Textiles in the Cleveland Museum 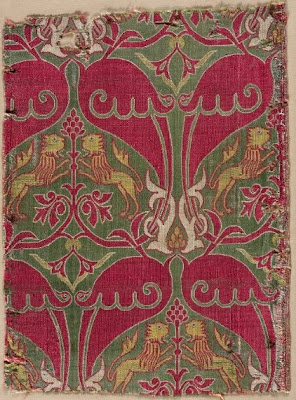 The Cleveland Museum of Art has many images of their collection online now, including many pictures of their textile collection. Most of this stuff is not on display, partly, I imagine, because it is so fragile, so digital images are especially welcome. Above, a fragment of silk from 15th-century Spain. 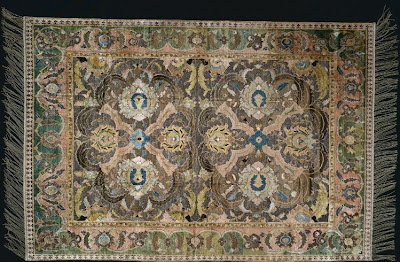 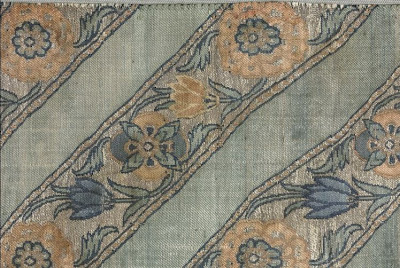 The textiles of medieval Islam are better known, but again they are missing from historic buildings like the much-visited Alhambra, which would once have been full of carpets and hangings. Above, two works from seventeenth-century Iran, a silk carpet of 1600-1625, and a fragment of woven silk.

Besides the presence of cloth, another thing we have to build into our picture of the past is the presence of making cloth. It was the second industry of the ancient and medieval worlds, taking up more time from more people than anything but agriculture. Thousands of professionals worked was weavers, dyers, tailors, and so on, but even more it was the spare time work of millions of women. Women carried their "work" with them everywhere, so that when they were not doing something else they could spin or embroider or sew. Poor women spun coarse thread; rich women did fancy embroidery; but most women of all sorts did something with cloth. Above, an embroidered strip from a Greek skirt, probably made in the 17th or 18th century. This might have been made by a girl's family for her wedding trouseau. 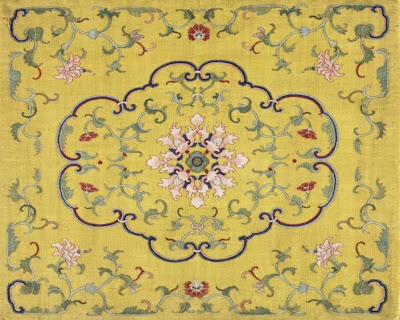 A Chinese pillow cover from the eighteenth century. 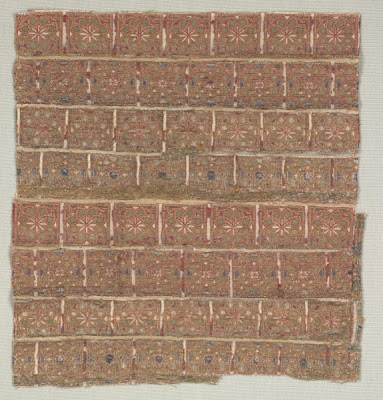 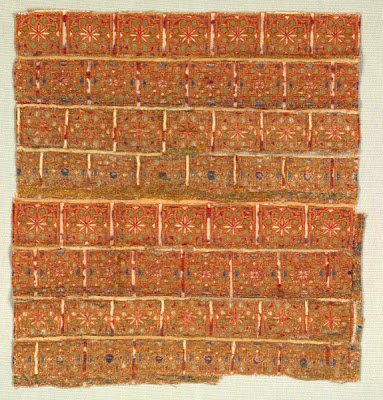 Of course all of these works have faded, and when new they would have been much brighter and more colorful. Above is a fragment of silk from twelfth-century Spain, as it is now and with the color digitally enhanced to show what it might once have been like.
Posted by John at 7:40 AM