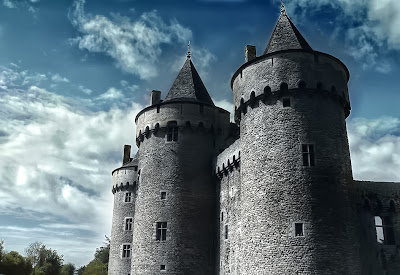 This fairytale construction dates back to the 12th century, but most of what you see here was built by the Dukes of Brittany in the 1300s to serve as a hunting lodge. And, I suppose, to defend part of their effectively independent realm. But it was situated on the coast in the midst of their deer parks and waterfowl marshes, and their visits to Suscinio were all hunting trips. 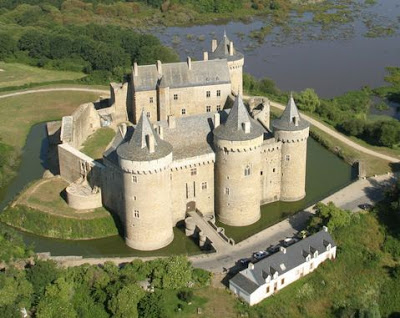 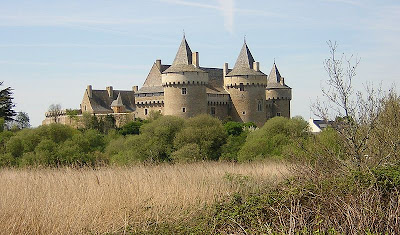 During the Hundred Years War, the castle for a time was taken by Bertrand du Guesclin, the infamous Constable of France. When the Dukes retained control they enlarged the castle and added new towers. 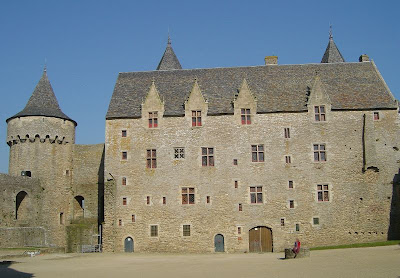 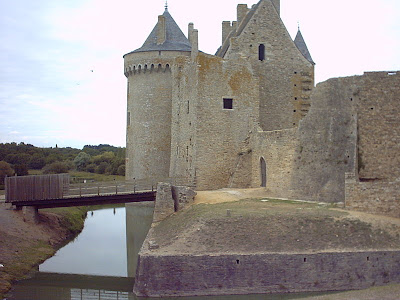 From 1471 to 1483 the castle housed Jasper and Henry Tudor, the future Henry VII of England, and over a hundred of their Lancastrian supporters. In 1524 to castle was taken again by the kings of France, and this time they held it. No major work was done on the castle after that date, so it slowly fell into ruin instead of being updated in the 17th century like so many other ducal fortresses. 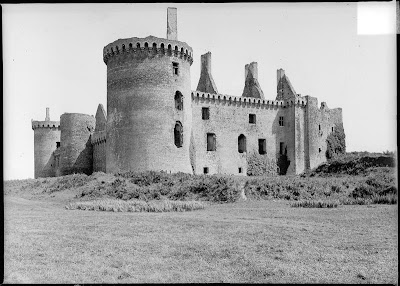 In 1965, the castle was acquired by the departmental government. Before embarking on restoration, they made a careful photographic record. You can see that the main structure survived, including the outer walls, the tower, and the hall. 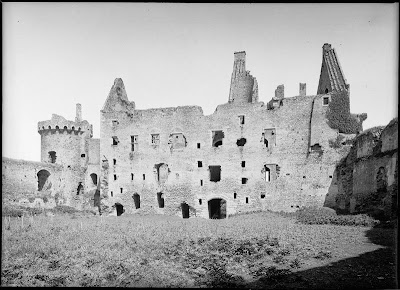 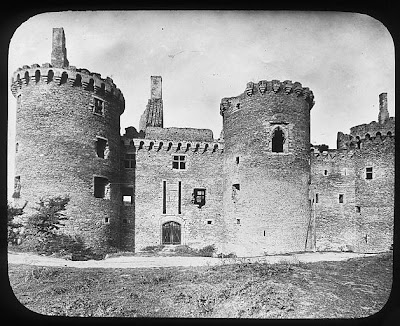 Restoration efforts have been under way ever since, and continue. The castle is being restored to its appearance in the 1400s it what seems from here to be a faithful and sensitive way. 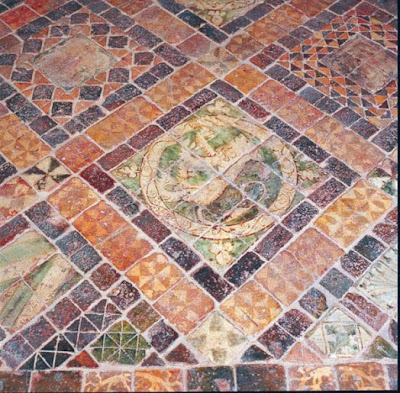 The most famous part of the interior is this surviving pavement from the Dukes' private chapel, dating to 1330. 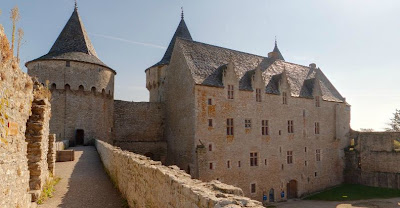