The Unpopularity of al Qaeda in Mali 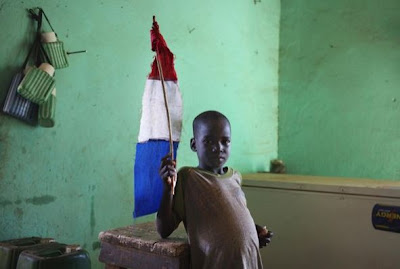 I've been reading all I can find about events in Mali, and I have yet to find anything about people who are upset to see the Islamists go, or angry at the French for chasing them out. Now maybe the supporters of al Qaeda are lying low, and it's the people who support the government who come out to talk to reporters. But usually when that is the case good reporters are able to pick up some signs of affection for the retreating rebels, and in the news from Mali I am not picking up any such thing.

Of course militant Islam does have supporters, but so far as I can tell they are nowhere near a majority anywhere. When the terrorists do seem to enjoy broad support, it is because the people are in an intolerable situation under a corrupt, brutal government -- viz Hamas, or some parts of Nigeria. You would think that when people are as universally hated as al Qaeda, it would not be hard to defeat them. Their resilience is a testimony, I think, to the deep streak of frustration that runs through most of the Islamic world these days, and to the awful bungling of western and pro-western governments.
Posted by John at 10:17 AM