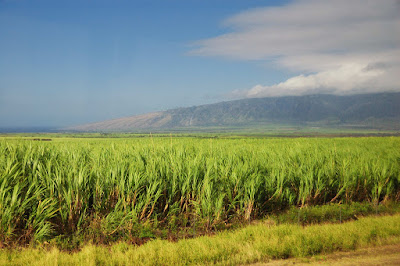 Hawaii's destiny was remade by sugar. It was sugar that turned a Polynesian kingdom into a polyglot outpost of the American empire, and then our most diverse state. Now sugar is dying out in the islands; the last mill just processed its last harvest. Lawrence Downes has a piece in the Times reflecting on this watershed. As Downes says, it was sugar that brought American businessmen to the islands, and it was to labor in the cane fields that they imported much of Hawaii's population. He quotes Gavan Daws and Ed Sheehan on how this happened:


It was understood that the Anglo-Saxon would never perspire for plantation wages, bent over in the hot sun with hoe or cane knife. If you wanted Europeans, they would have to be … ‘just low enough to make them contented with the lot of an isolated settler and its attendant privations.’

In practice this meant Portuguese, mostly from Madeira and the Azores. Otherwise it meant Orientals, peasants: two kinds of Chinese, the Punti and the Hakka; Japanese from Yamaguchi, Fukuoka, Kumamoto, and Hiroshima prefectures; some Okinawans from the Ryukyus; a handful of Koreans; and four kinds of Filipinos – Tagalog, Ilocano, Visayan, Panganisan. 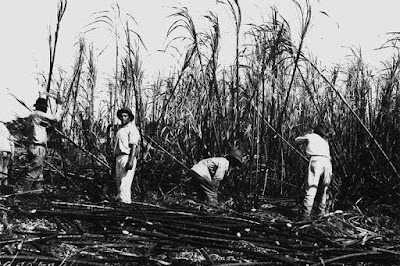 In Hawaii these people lived peacefully side-by-side, communicated in a pidgin argot, and soon intermarried.


Those who remember the plantations’ heyday are in their 80s and 90s now. Their deaths show up in The Honolulu Star-Advertiser every day: Theogenes (Porky) Magalso Behic, retired diesel mechanic, Ewa Plantation. Nobuko Urata Hashimura, payroll clerk, McBryde Plantation. Pedro Bonilla Resurreccion, Waialua Plantation. The obituary in August for Dorothy Leilani Ellis Zeffiro, Miss Hawaii 1953, noted that she was of Hawaiian, Chinese, Japanese, English, Irish, Scottish and German descent, and that her late husband, Frank, had been a purchasing agent for Lihue Plantation.

It's a remarkable story to think about, tragic like most human history but also hopeful. Hawaii, after all, has ended up as a pretty nice place.

Hawaii's story is just one small peace of one of the great stories of the modern world, the way the plantation economy reshaped our planet. Beginning in 17th century with Barbados sugar cane and Virginia tobacco, the huge profits earned by these endeavors supercharged the global economy and led to a worldwide struggle for empire. To do the grim labor, whole kingdoms of people were uprooted and sold or otherwise moved across the globe: Africans to the New World, Indians to Trinidad and the Solomons, British convicts to Australia and North America. It is hard to imagine the 21st century without that great demographic upheaval.
Posted by John at 7:56 AM

"Hawaii, after all, has ended up as a pretty nice place."

...if you have money. For the poor, Hawaii is frequently a pretty awful place.

And the sheer frequency and degree of contrast between the wealthy and the poor is staggering. Especially since most of the jobs for the poor involve serving the needs of the wealthy, many of whom are tourists with no ties to the area, no respect for the local peoples or traditions, and no self awareness or human empathy.