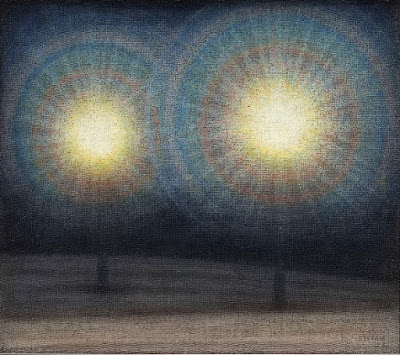 Stefan Johannson (1876-1955) was a Swedish watercolor painter from Värmland, a very rural district in the hilly western part of the country. He is difficult to research on the web because he was not very famous and shares his name with a very famous race car driver; even if you search for "Stefan Johannson artist" you mainly get posts about the race car driver's artistry. Above is the image that drew me to him, Two Lights, 1928. 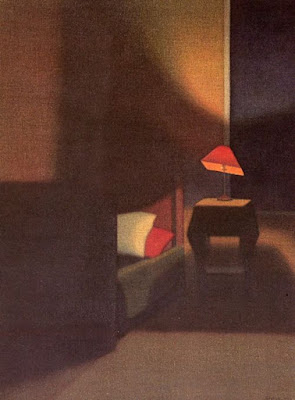 I managed to learn that Johannson moved to Stockholm in the 1890s and studied at the art academy there; he lived in the city until 1931. Like many other moderns he later denied that his training had any impact on him:


Johansson disliked the art academy and insisted that his academic training in Stockholm had not had any positive influence on his artistic development. Much more formative, in his view, were the journeys he made between 1909 and 1913 to Germany and especially to Italy, where he had engaged with the painting of the Renaissance and with contemporary Italian art. 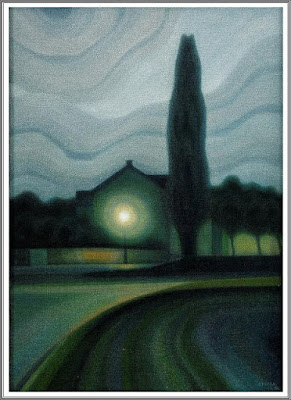 Johannson had a thing for light:


The light effects in the nocturnal pictures of Eugène Jansson and Karl Nordström had already grabbed his interest around the turn of the century, but it was not until the early 1920s that he began to paint atmospheric cityscapes and scenes of cities lit up at night. For Johansson, the emanation of light was a spiritual phenomenon in which God’s work was revealed: darkness versus enlightenment.

Above, Evening after Rain. 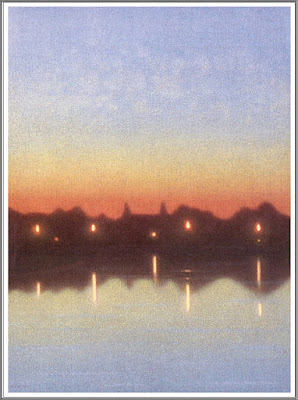 In 1931 the Swedish art market was wrecked by the Depression. Unable to afford Stockholm, Johannson moved to a small flat in Karlstad that he shared with his brother. This gave him a view of the Klarälven River, and for the rest of his life the river at night was one of his main subjects. May Night by Moon Light, 1942. 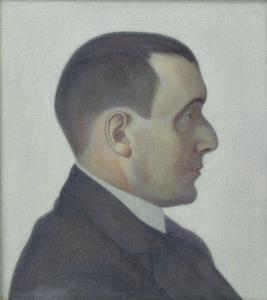 Johannson also did portraits, although I haven't been able to find very many. This is Paul Engdahl. 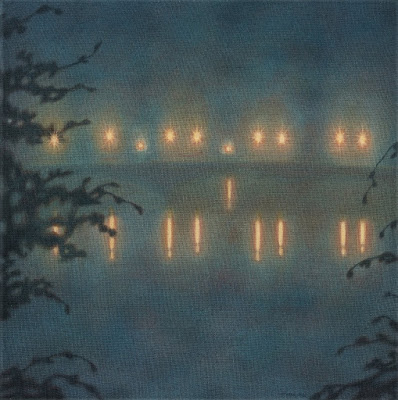 Bridge in the Fog, 1942. I notice that half the Johannson images on the internet seem to have been painted during World War II. Was he distracting himself from the conflagration, or did maybe the profits of neutral Sweden's metal industries pump up the art market along with the rest of the economy? 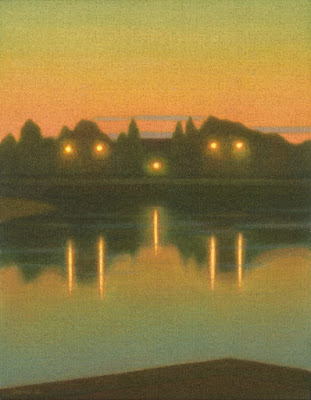 Lights along the Klarälven River, 1941. 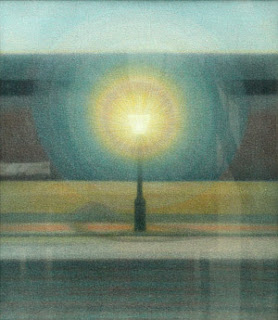