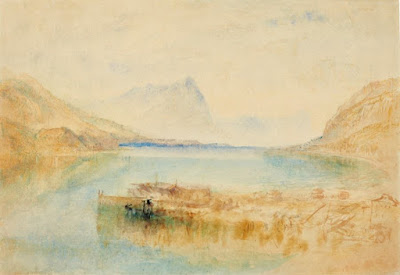 On January 25 Sotheby's had a big auction in New York of Old Master Drawings. Since I love drawings, I offer some highlights. The stars of the show were two watercolor sketches of Swiss lakes by J.M.W. Turner, 1841-1844. This one sold for more than $750,000. 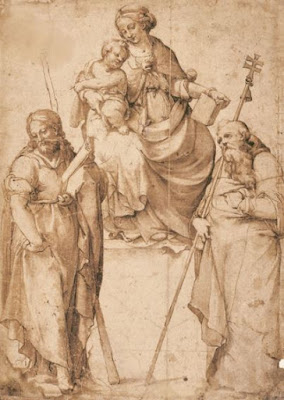 Giovanni Francesco Bezzi, called Il Nosadella, The Virgin and Child with Saints Thomas and Anthony Abbot, c. 1548. This was recently discovered by Sotheby's researchers in a private collection, identified because it is clearly a preliminary study for one of Nosadella's paintings. 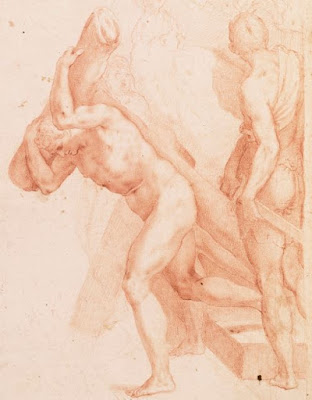 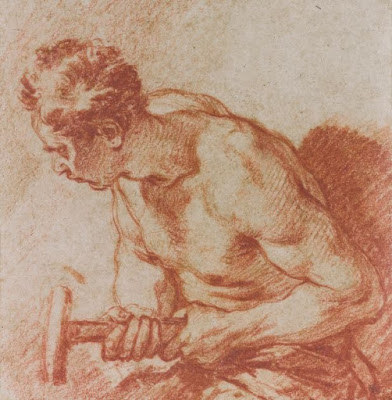 François Boucher, Study of a Man Holding a Hammer, c. 1747. This figure ended up, reversed, in a painting of Vulcan's Forge that is now in the Louvre. 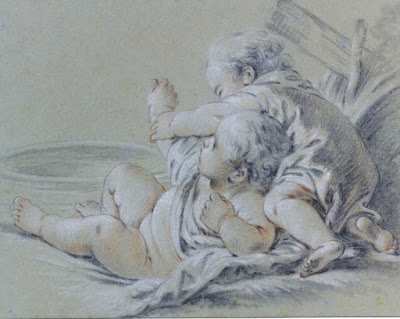 Another Boucher, Two Infants beside a Basin of Water, 1759. 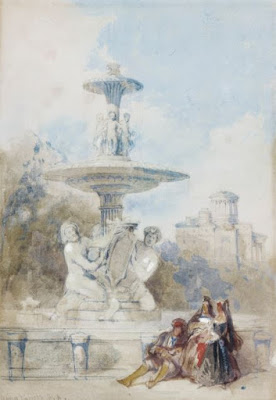 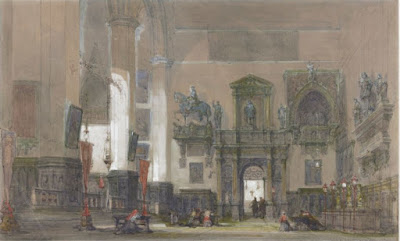 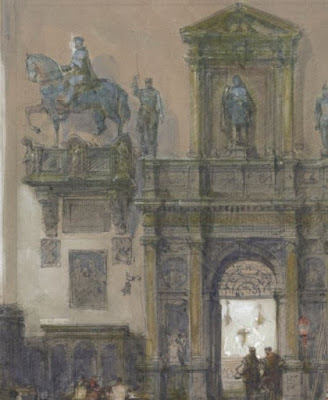 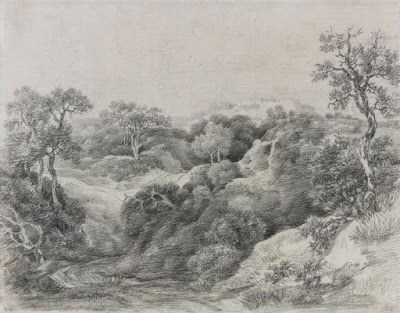 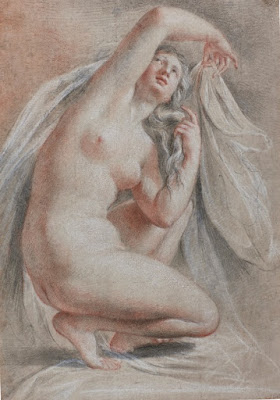 Thomas Lawrence, Venus after the Bath, c. 1789. Lawrence was 20 years old when he drew this. 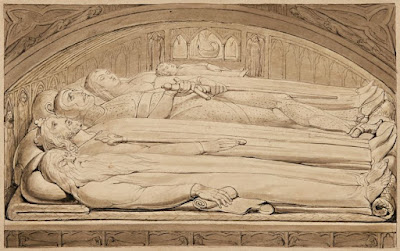 William Blake, The Counseller, King, Warrior, Mother and Child in the Tomb, 1808. This was commissioned as an illustration for a poem. 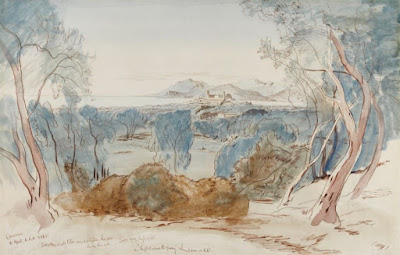 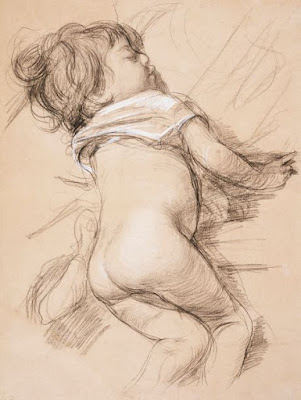 Vincenzo Gemito (1852-1929), The Artists Daughter or Granddaughter Sleeping. I suppose there must really be no dating information on this one, since presumably his daughter and granddaughters were this age a few decades apart. 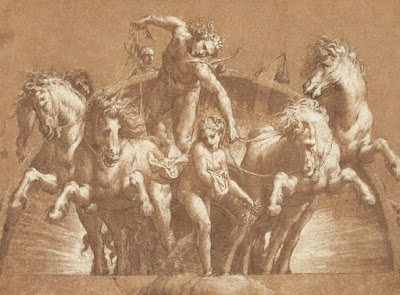 Lelio Orsi, Apollo Driving the Chariot of the Sun, c. 1544. This went for $312,500.The sale catalog includes a little essay by their curators about the many new discoveries that are still being made in old libraries and collections:


In our instant-access age, when it is easy to think that pretty much all human knowledge is immediately available through a couple of judicious clicks, it is both exciting and refreshing that major artistic discoveries continue to be made with some regularity. . . .

In my specialist area, Old Master Drawings, discoveries are sometimes made simply because the work in question has somehow avoided passing before the right eyes: I think here of the incredibly rare and beautiful drawing by Lucas van Leyden, a colossus of early 16th-century Dutch art, which was brought to me a few years ago by a collector with a finely tuned eye, who had picked it up for next to nothing at a small London dealer. It turned out that over the previous couple of years, this spectacular, signed work had gone through the hands of two auctioneers and at least one other dealer, without ever being recognised.

One of the most important previously unknown drawings in the sale is Lelio Orsi’s splendid image of Apollo driving the Chariot of the Sun, drawn around 1544, for the most important commission the artist ever made, his lost fresco decoration on the clock tower of the Piazza del Duomo, in the city of Reggio Emilia. This very free and spontaneous study was entirely unknown until we were asked to look through an album of drawings from the library at Fettercairn House, in Scotland, a collection put together in the 18th and early 19th centuries.