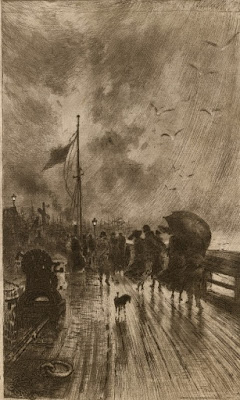 Félix-Hilaire Buhot (1847-1898) was a French engraver and print-maker famous for his originality. He was born in a small town in Normandy but grew up loving art, spending hours pouring over the small collection of art books in his local library. When he turned 18 he went to Paris to study at the École des Beaux-Arts. (Above, Arrival in England) 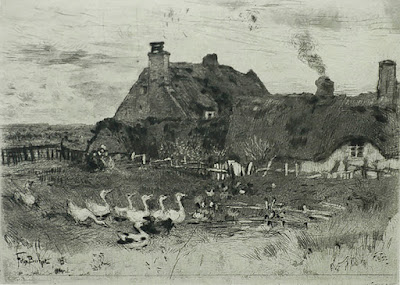 Buhot lived the rest of his life in Paris, with regular trips back to his Norman home and occasional journeys farther afield. I was curious what he did during the 1871 Commune, but none of the meager biographical material I have found in English or French says a word about it. Above is a rendering of small-town Normandy, Small Cottages. 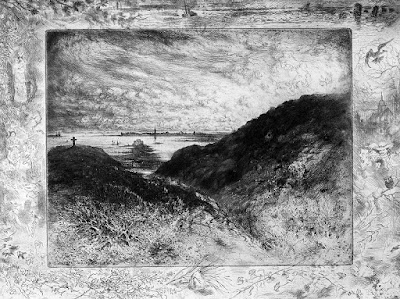 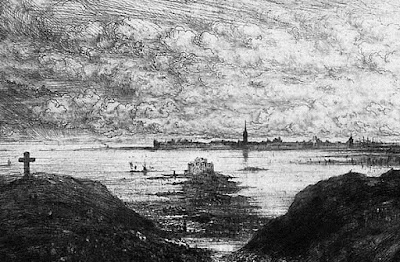 Buhot learned to make etchings and prints soon after his arrival in Paris, and by 1873 he had set up on his own as an illustrator and engraver. Many of Buhot's engravings were published in this format, with a carefully made central image surrounded by related sketches. (Bay of St. Malo, and details.) 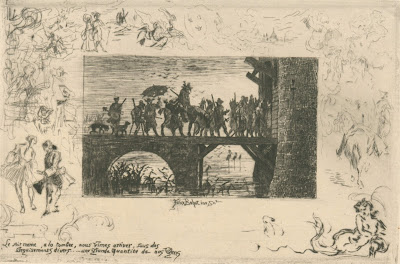 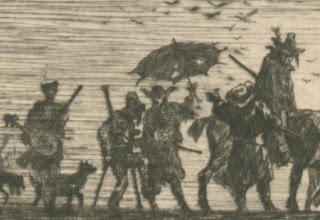 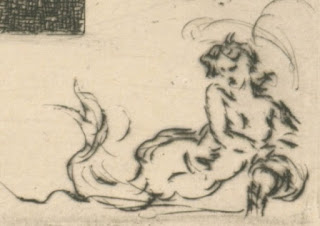 Buhot was very successful, not just in France but throughout Europe and especially in America. His first solo show was actually staged by a New York print dealer in 1888. I suppose that explains why so many American museums and libraries have extensive collections of his work. (That Same Evening, which seems to have originated as a book illustration) 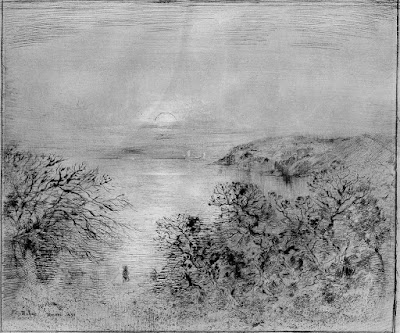 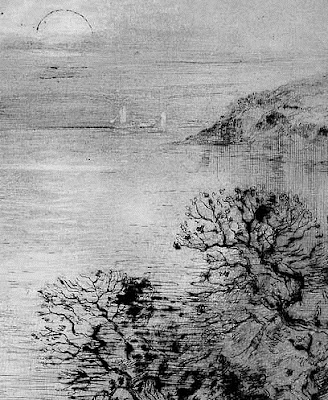 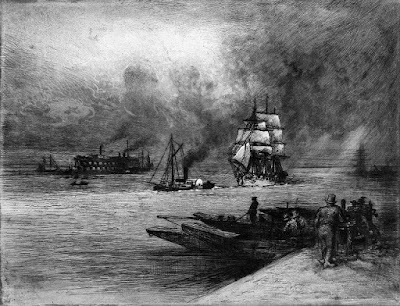 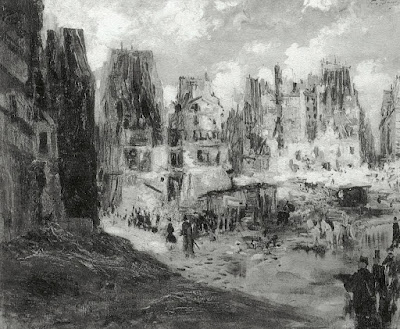 Demolition of the Butte des Moulins for the Avenue de l'Opéra. 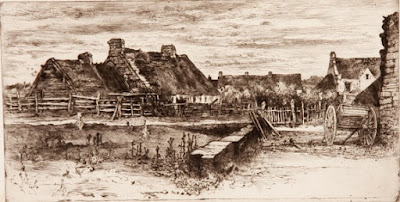 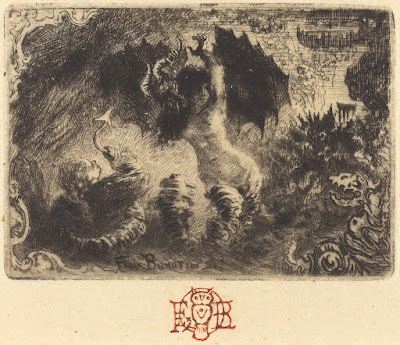 Buhot had a dark side and made many etchings of diabolical and arcane subjects. So I was not surprised to read that he suffered throughout his life from depression. This is Jacques Cazotte and his Succubus (Diable Amoreux). The stamp is one of Buhot's regular signatures; Buhot is Spanish for owl. 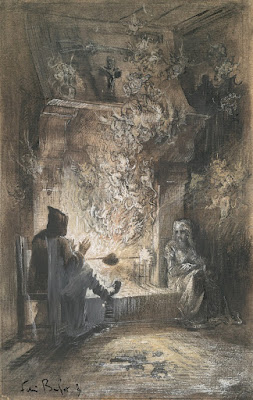 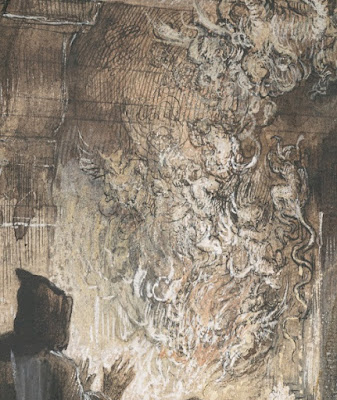 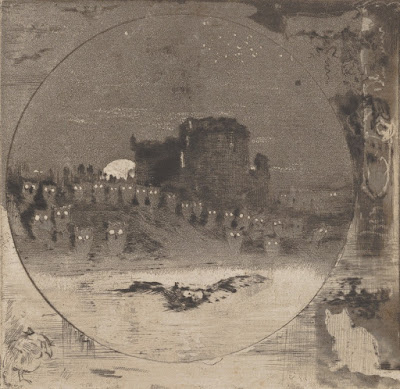 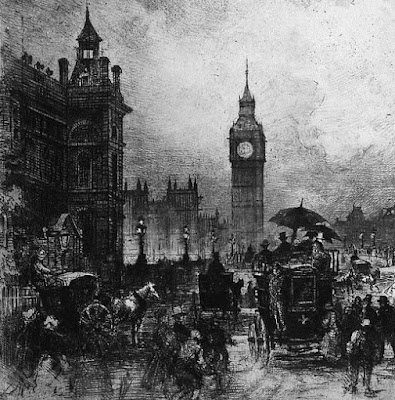 I love Buhot's work; the best thing I found online in weeks, and a welcome break from most of what I have been reading. 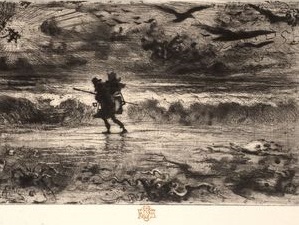