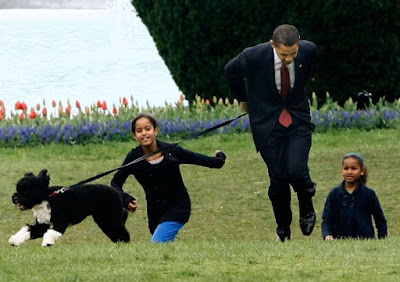 I'm disappointed that the President went with so much patriotic biolerplate instead of something more daring, but I think he feels that his role right now is to bow out gracefully, not try to steal more limelight:


And that’s what I want to focus on tonight, the state of our democracy. Understand democracy does not require uniformity. Our founders argued, they quarreled, and eventually they compromised. They expected us to do the same. But they knew that democracy does require a basic sense of solidarity. The idea that, for all our outward differences, we’re all in this together, that we rise or fall as one.

There have been moments throughout our history that threatened that solidarity. And the beginning of this century has been one of those times. A shrinking world, growing inequality, demographic change, and the specter of terrorism. These forces haven’t just tested our security and our prosperity, but are testing our democracy as well. And how we meet these challenges to our democracy will determine our ability to educate our kids and create good jobs and protect our homeland.

In other words, it will determine our future. . . .

So regardless of the station we occupy; we all have to try harder; we all have to start with the premise that each of our fellow citizens loves this country just as much as we do; that they value hard work and family just like we do; that their children are just as curious and hopeful and worthy of love as our own.

And that’s not easy to do. For too many of us it’s become safer to retreat into our own bubbles, whether in our neighborhoods, or on college campuses, or places of worship, or especially our social media feeds, surrounded by people who look like us and share the same political outlook and never challenge our assumptions. In the rise of naked partisanship and increasing economic and regional stratification, the splintering of our media into a channel for every taste, all this makes this great sorting seem natural, even inevitable.

And increasingly we become so secure in our bubbles that we start accepting only information, whether it’s true or not, that fits our opinions, instead of basing our opinions on the evidence that is out there.

And this trend represents a third threat to our democracy. Look, politics is a battle of ideas. That’s how our democracy was designed. In the course of a healthy debate, we prioritize different goals, and the different means of reaching them. But without some common baseline of facts, without a willingness to admit new information and concede that your opponent might be making a fair point, and that science and reason matter, then we’re going to keep talking past each other. . . .

Whether or not we stand up for our freedoms. Whether or not we respect and enforce the rule of law, that’s up to us. America is no fragile thing. But the gains of our long journey to freedom are not assured.

In his own farewell address, George Washington wrote that self-government is the underpinning of our safety, prosperity, and liberty, but “from different causes and from different quarters much pains will be taken... to weaken in your minds the conviction of this truth.”

And so we have to preserve this truth with “jealous anxiety;” that we should reject “the first dawning of every attempt to alienate any portion of our country from the rest or to enfeeble the sacred ties” that make us one.

When we write off the whole system as inevitably corrupt. And when we sit back and blame the leaders we elect without examining our own role in electing them.

It falls to each of us to be those anxious, jealous guardians of our democracy. Embrace the joyous task we have been given to continually try to improve this great nation of ours because, for all our outward differences, we in fact all share the same proud type, the most important office in a democracy: citizen.

Obama's faith endures: he believes that if we work together we can meet any challenge, and that our fundamental problem is the angry partisanship that keeps us from honest cooperation. That was how he entered public life, and that is how he departs. He could not solve this problem, and in some ways he made it worse, but he never gave up trying. Neither should we.

Farewell to a great man and a reasonable presence in the heart of our nation.
Posted by John at 7:29 AM