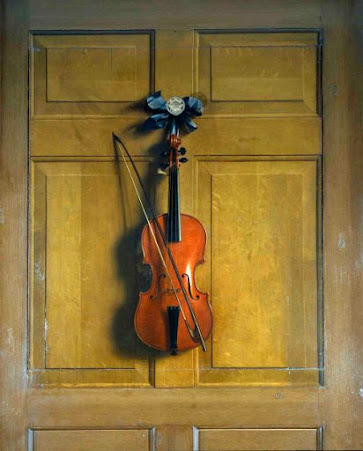 The dream of the reusable space plane lives on.

The serial killer who lived in the same building as his victims, knew them, ran errands for them. Another example of how wrong we are to fear distant strangers more than those we live with. (NY Times)

Kevin Drum says America is in Better Shape than Everyone Seems to Think, with data to back it up.

Six-foot-long carnivorous worms lived in burrows under the Miocene ocean.

In surveys, 15 to 20% of Americans think political violence is at least "a little bit justified;" the number does not vary much between the parties but varies a lot depending on how aggressive people are in general.

Immigrants to the US are so important at the higher levels of math and science that any slowdown in US immigration directly reduces "global knowledge production," or so these these guys say.

Everyone on TikTok is so oppressed it makes me weep.

The Navy Seals trained him to recognize disinformation, but he still ended up believing in right-wing conspiracy theories and taking part in the Capitol riot. (New York Times)

Twitter thread on Leo Strauss, who thought past philosophers often disguised their real views out of fear of persecution; before cancel culture there was being hanged by the king or burned by the church.

What went down in a QAnon chat room over the month of January. (New York Times)

In the 18th and 19th centuries, lotteries were popular with slaves, who thus purchased a small chance to win their freedom. Denmark Vessey, later famous for leading a slave revolt in Charleston, South Carolina, won his freedom that way. Interesting entry point for thinking about the place of lotteries in our society.

I see that the Wolf Full Moon is back. Sigh.

Thomas Edsall on white Christian nationalism in the US, (New York Times)

The ongoing dispute over whether coconut milk is made with forced monkey labor.

The ratings are down at Fox News, and some think this is a sign of a long-term problem for them: with Trump's core followers going full-bore for conspiracy, it may be all but impossible to retain them as viewers while maintaining any semblance of being a news channel.

"In the 18th and 19th centuries, lotteries were popular with slaves, who thus purchased a small chance to win their freedom. Denmark Vessey, later famous for leading a slave revolt in Charleston, South Carolina, won his freedom that way. Interesting entry point for thinking about the place of lotteries in our society."

Lotteries are a tax on the ignorant and the desperate - always have been, always will be. They convince people who would be far better off saving their money to habitually part with it instead, for the slimmest of chances of their suffering finally ending.

Reading Kevin Drum's "It's all good, man!" piece, I truly don't know whether to be reassured or to wonder if it isn't Kevin Drum who's living in his own sunny version of a Michael Anton universe. Consider this: https://www.politico.com/news/2021/01/29/congress-frustrations-capitol-riot-463619. Based on that piece, Congress looks like it's on the way to a Brooks-beating-Sumner moment. It is not self-evident to me that this is just the press hyping conflict in order to get clicks. There's real conflict there.

I wonder if you couldn't compile "It's all good" statistics for the US in 1859 too.

And there's an article in the NYT this morning in which Congressman Paul Gosar (R) of Arizona, asked about a coming civil war, says "We’re in it. We just haven’t started shooting at each other yet."

It occurs to me that there was a financial panic in 1857. So maybe you could compile some Drum-style "reality" statistics for 1858 or 1859 that, in his way of looking at things, would show things were "actually" bad. Which to me says not, "Drum's right; it's all good for us," but that we may be one or two Game Stop bubble bursts away from something pretty bad.

I feel much the same way - statistics are a tool, and they can help put a check on rampant cynicism somewhat, but statistics do not tell the whole picture and should not be relied upon to the point of ignoring what are otherwise obvious problems.

Statistics are descriptive, not prescriptive. They reflect reality, but they do not shape it. When there is some discrepancy between statistics and apparent reality, it's not that life is somehow failing to live up to its statistics - the problem is almost certainly that the statistics (even if technically accurate) do not paint an accurate picture of what is actually going on in life.

If you took the time to look, I have to imagine you could find lots of historical moments where - statistically speaking - people "should" have been happy and content, and yet conflict brewed everywhere. And you could probably likewise find plenty of cases where - statistically speaking - you would expect strife to be constant and people to be miserable, and yet that simply didn't happen.

Life is more than the sum of its parts. Humans are not rational beings. And most importantly, statistics have their limits. Asking about "General Happiness" in a population is such a nebulous way to try to measure things.

A lot more goes into a person's "General Happiness" than just their happiness with the direction their country is going. Humans are resilient, and people find happiness in other things even when their day to day lives are hard and their governments fail them. You can be very upset about your country falling apart, and yet still be "generally happy" because you are fulfilled in other parts of your life and it balances out. I didn't stop being happy just because Trump was in power and attacking our democracy - I have people I love, I have things that bring me joy, I embrace life and work to keep a positive mindset, even while I was worrying about other very important political and cultural trends in the country.

Drum talks about poverty, racial justice, health insurance, etc, and says "Well, historically, numbers have actually improved!" But what he doesn't seem to realize is that they haven't improved enough.

Just because something isn't getting WORSE, or is even improving slightly, doesn't mean you can just live with it and suffer under it indefinitely. If I drop 300 pounds of weight on your shoulders, and you have to stand there and just carry the burden until you start to buckle and collapse under it, it's not any comfort to be told "Well, actually, I've slowly been removing 1 pound of weight every so often, and now you're down to only 273 pounds, so you have no right to complain because things are actually getting better!" That might technically be true, but it doesn't matter because your endurance is running out.

Things are ugly right now because people are worn out - because improvements are not being made fast enough to match people's rapidly flagging strength and spirits.

Things are also ugly right now because people are more aware of how unfair their situations are. People can endure incredible burdens if they feel those burdens are fair - or if not fair, then at least necessary in their unfairness. People will suffer, sacrifice, and die for a cause they feel is just or unavoidable.

But lately, the cause isn't feeling so just, and people are less willing to endure their burdens without complain, even if those burdens have technically lessened over time. People can more easily carry a larger burden for a just cause than a smaller burden for an unjust one. If people are complaining about their burdens, and those burdens are actually smaller, then the problem should be obvious to you.

If there were a Civil War in the US, what would it be about? Who gets to censor whom on Twitter? A Trumpist attitude vs. a Woke attitude? Is that really something you could have a war about?

I just don't see it. I expect ugly politics to go on, and I expect more riots and more terrorist. A fist fight in the House wouldn't shock me. But I really cannot see how we could have a civil war, or what the issue would be.

No, I don't see a 1860s-style civil war. My point was that I think Kevin Drum's methodology is inadequate for understanding any nation's historical situation at any time. You could compile jolly statistics for the US in 1859, and you'd still get the Civil War. You could compile terrible ones for France in 1729, and you still wouldn't get the revolution for another sixty years.

For me, I suspect we're looking at something in important ways like French history during the nineteenth century. You could get times of prosperity and plentiful cultural creativity, but you also got periodic violence in the capital, deep, deep domestic divisions, a clearly debased political life, and a great power in slow but irreversible decline. If you want statistics, you got a permanently declining birth rate too.

And if the June Days or the Commune or Dreyfus weren't the American Civil War, they seem plenty bad to me.