The Papal Palace in Avignon 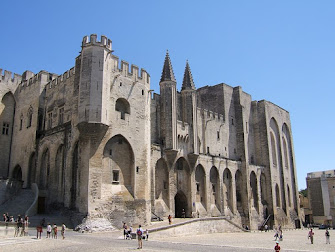 One of the largest surviving medieval buildings, bigger than any cathedral, is one you don't hear much about: the papal palace at Avignon, now in southern France.

Construction of a palace on the site began in 1252, for a bishop. In 1309, Pope Clement V, alias Raymond Bertrand de Goth, one of my favorite medieval names, fled the chaotic violence that had broken out in Rome after his election and accepted the protection of the King of France at Avignon. (Avignon belonged to the papacy but was within what we would call the French sphere of influence.) Popes had often resided outside of Rome, but Clement moved the whole papal curia to Avignon with him, all 300 secretaries, judges, cardinals, etc. 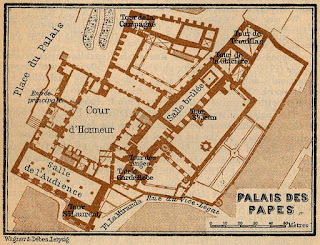 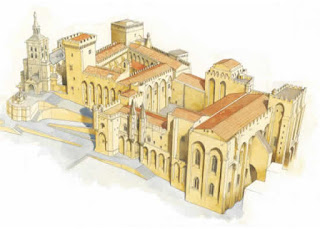 Clement lived in a monastery and the courtiers made do with the old bishop's quarters until 1334, when newly elected Benedict XII razed the old bishop's palace and began building the new one. The architect was Pierre Poisson of Mirepoix. But the curia was expanding rapidly – it reached 2,000 personnel by the end of the century – and Benedict's huge building was too small by the time it was finished. So other popes immediately began enlarging it, completing what became known as the New Palace (directly above) by 1364.

The completed palace measured 11,000 square meters, or about 3 acres. Above is the main courtyard, known as the Cour d'honneur. Imagine it full of elegantly dressed churchmen, walking about in small groups, muttering conspiratorally to their companions as they nod politely to others, trying to extract messages from who was nodding how deeply to whom. 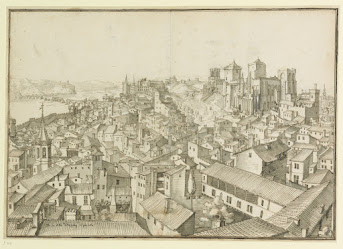 Drawing of late medieval Avignon by Etienne Matellange, variously dated by sketchy internet sources to the 1400s or 1500s. 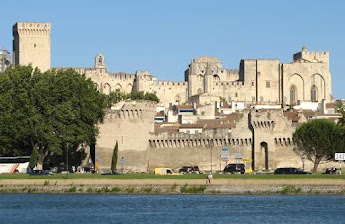 View from the river below. Wikipedia describes this location as the "impregnable rock of Doms", but consider what Alexander the Great or Julius Caesar would have made of the statement that this or any fortress was "impregnable" and then resolve never to use that locution again. 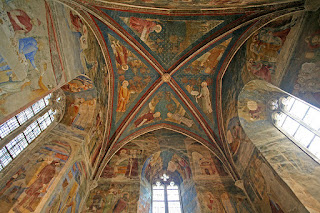 In 1377 the pope moved back to Rome, but he died and dueling conclaves elected two popes to replace him, one holding court at Rome and one at Avignon; we call this the Great Schism, although it wasn't particularly great. (Compare, say, the split between Catholic and Eastern Orthodox, 970 years old and counting.) Until 1417 there were two popes, or even three, but they finally sorted it out and when there was one pope again he lived at Rome. The Avignon palace was mostly abandoned. 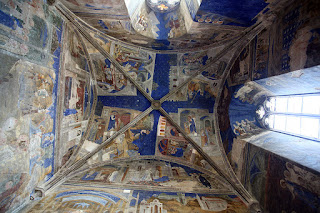 Which explains why it is such a great remnant of the middle ages; nobody who used it after 1417 had the money to do anything to the building but let it molder. It was completely stripped of furniture, of course, but the building remains, with its tile floors 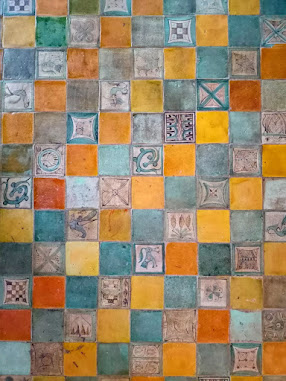 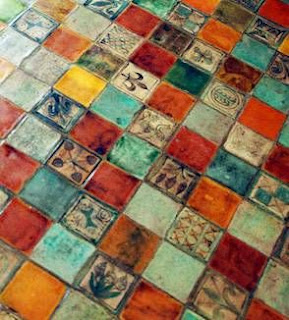 and frescoes on the walls and ceilings; these are the building's treasures today. 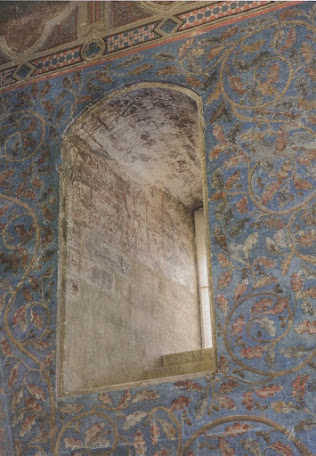 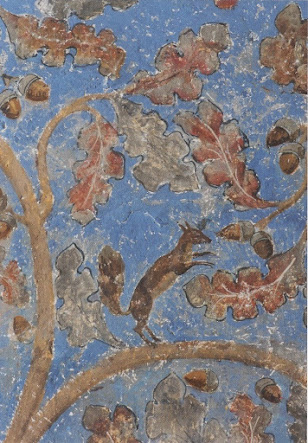 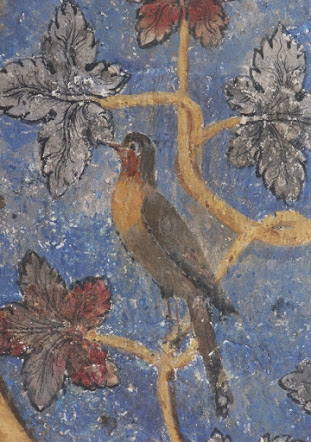 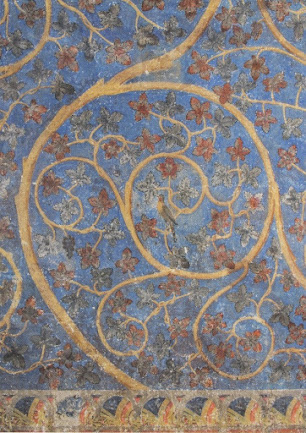 The  south of France remains high on my list of places to visit, so perhaps I will even see this one day.

I mean... if anything, wouldn't "Pope Clement V" be the alias, since it's a "reign name / regnal name"? He was born Raymond Bertrand de Got / Goth / Guoth.

FWIW, when I visited the papal palace I was struck by how small it really was. My memory of the rooms is of a kind of cramped feeling. I thought, "and this is the great, sumptuous palace of the most powerful man in Christendom. Huh."

If my feeling was right--and, of course, most visitors don't react that way--that leads one to ask, does the palace's small size relative to, say, Topkapi or the pyramids or the Escorial, indicate medieval Europe's relative poverty? Or does it show that medieval rulers actually weren't able to extract that much from the ruled? Or does it mean that medieval rulers had to distribute their inflow to followers, and weren't politically able to concentrate it in a vast display of locked-up wealth? My tendency would be toward the latter two possibilities, but who knows? I've long wondered how one would measure what percentage of wealth was extracted by medieval rulers.

One question would be, what was the papal palace in, say, 13th-century Rome like? I don't know. And should one count Rome's churches as part of a vast display of locked-up wealth?

In the first paragraph, I meant the papal palace in Avignon.

I mean, yes - it comes from the Latin, originally meaning "at another time" or "otherwise". One could argue that since the regnal name is the more commonly known one, his orthonym is therefor how he is "otherwise" known.

But it just seems odd to me to consider someone's actual given name to be an "alias". Doesn't really matter, I guess. Just found it curious.

One thing to note about the papal palace in Avignon is that it is clearly a fortress first, and a palace second - and thus it being a bit "cramped" makes sense.

Another thing to note is that, while the Papacy historically had a lot of political and social clout, they didn't have all that much (comparatively) in the way of actual lands, funds, resources, et cetera.

The Pope may have been "the most powerful man in Christendom" in a spiritual sense, but he absolutely wasn't that in a practical sense. In terms of economics, the Papacy was much like any other modestly sized Italian city state. They couldn't begin to rival the wealth of the some of the wealthier local powers like the Venetians, and they absolutely didn't measure up to the resources of major continental players like the Holy Roman Emperor or the Kings of France, etc.

You make comparisons to Topkapı Palace (which IS a fortress as well) and to El Escorial (which is NOT a fortress, and therefor less appropriate of a comparison), but it feels like you have missed or overlooked the fact that the heads of major powers likes the Ottoman Sultans and the Kings of Spain were absolutely much richer than the Pope was. That doesn't necessarily indicate that Europe was relatively poorer than elsewhere, it just indicates that the Pope himself wasn't as rich as other figures.