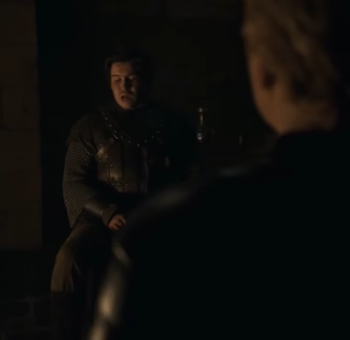 
The song was imagined and mentioned by George R.R. Martin in one of the Song of Ice and Fire books. The producers of the Game of Thrones TV series had Ramin Djawadi, who wrote a lot of the show's music, write a tune, and they expanded the lyrical hints provided by Martin into this song.

Version sung by Podrick Payne in the episode "A Knight of the Seven Kingdoms," which simplifies the tune.

Florence and the Machine version, closer to the way Djawadi wrote it.