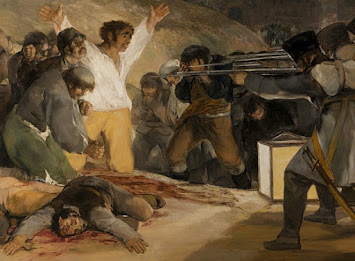 A bit of a storm has blown up in publishing over a book called American Dirt by Jeanine Cummins. It tells the story of a Mexican woman whose journalist husband is murdered by a crime boss; she then flees for the US border with her son, cartel hitmen after her the whole way. Many early readers were blown away by it, compared it to John Steinbeck, said it was both a "moral compass" and a thrilling page turner, said it made them empathize with asylum-seekers like never before. Then some actual Mexican-American writers read it, and they hated it.

In her essay titled “Pendeja, You Ain’t Steinbeck: My Bronca With Fake-Ass Social Justice Literature,” Gurba criticizes American Dirt for its reliance on “overly ripe” Mexican stereotypes, for its portrayal of characters who are either comically evil or angelically good, for the inaccurate Spanish sprinkled in italics throughout the text, and for the “white gaze” of the authorial perspective, which “positions the United States of America as a magnetic sanctuary.”

Another Latina writer called it

I have never read American Dirt and almost certainly never will, but I am willing to bet that every word of this criticism is true. Also, that it is completely beside the point.

But it worked! It worked commercially, outselling every other American novel of its era. More important here it worked politically, converting hundreds of thousand to the anti-slavery cause.

Some people understood this about American Dirt.

“In my experience,” the agent said, “the books that produce this kind of frenzy take something complicated and simplify it so the book-club reader can find some thread of connection to themselves while at the same time feeling protected and safe.” The fact that it was written by a white woman was part of that appeal, the agent added. “People are tribal,” she said. “White women would rather listen to a white woman tell them about racism.” Cisneros, the Mexican American author who had praised American Dirt, felt the book could reach an audience that her work could not. “The reader,” she said, “is going to be someone who wants to be entertained. The story is going to enter like a Trojan horse and change minds.”

People react to art in ways many more serious artists and critics hate. I had a bad reaction to the "Black Panther" movie, and even more to the hype surrounding it. To me, superhero literature is fascist pretty much by definition, all about the Ubermenschen who can solve problems democracy cannot. So to me, the notion that a movie about black superheroes could strike a blow for social justice is absurd on its face. Plus, it's about a king, and I think Tom Paine said everything it was ever necessary to say on royalty. Plus, the movie trades in visual stereotypes about Africa that I find – well, not offensive, it's very hard to offend me, but at least irritating: leopard-skin shields, spears, etc. There is a big film industry in Africa these days and it uses a completely different aesthetic, and I thought "Black Panther" should have at least nodded in that direction. But for hundreds of thousands of black Americans any hesitation was overwhelmed by the simple thrill of seeing black people presented as heroes or villains with awesome powers.

"Authenticity" is one of those things that everybody praises in the abstract but hates in practice. Storytellers know, have known since Gilgamesh, and probably for thousands of years before a scribe pressed stylus into clay, that real life makes boring stories. Even the most thrilling real event needs shaping to make a story that will grip readers. Storytelling is done at many different levels, from the cartoonish to the subtle; again, this is thousands of years old. But no successful story is like real life. No successful story even attempts to capture life in its full complexity. First, it would fail, and second, the attempt would be too confusing for any reader or listener to follow.

In our world the question of literary authenticity has gotten tied up with identity politics in ways I think are both false and bad. I think a blow-up like the one over American Dirt is intellectually bankrupt, because it assumes totally false things about writing, books, reading, and publishing, and bad in that the median voter will just roll his or her eyes and say, "those annoying radicals, always telling us we can't enjoy a good story even when it takes their side, we need Reagan back."

There is, I say, no such thing as an authentic story. Stories vary in how hard they try to engage with actual human lives, but they all fail – unless they succeed symbolically. It is only as symbol, as a psychological force that enters our minds and burrows in deeply, that art of any sort can "change" us. The best preachers don't work in complicated, subtle stories, but in parables. The most successful activists also trade in symbols. Crafting symbols that will move people is a skill that has nothing to do with authenticity, nothing to do with where the artist grew up. To protest that publishers pay more to white writers is simply to missing the point of what publishers are doing. They are selling myth, and they pay the most to the best myth-makers, not the people who work hardest at telling the truth.

Case in point: American Dirt spent 36 weeks on the NY Times best-seller list, and during last summer's unrest it topped several widely circulated lists of book white people could read to better understand the experience of other Americans.

I did not realized how much I want EXACTLY that movie.

Have either of you tried "The Boys" on Amazon Prime? It's definitely wading into that territory.