York through the Eyes of Thomas and Eleanor 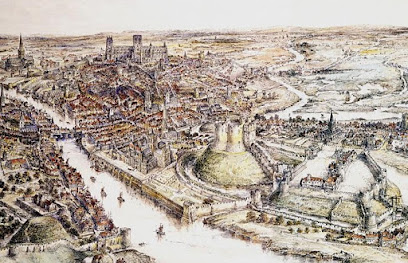 Whenever there was war with Scotland, which was often, England's kings spent a lot of time in York. They found it a great place to base themselves in times of northern strife. 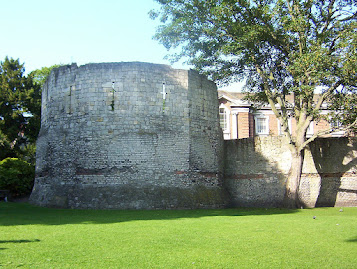 York was the former command center for Rome's northern frontier, and it therefore had strong walls – rebuilt in the 13th century, but on Roman foundations – and sat at a key node of Britain's road network. It was also a seaport, allowing ready resupply and quick travel to London if the weather wasn't too bad. The image above shows a surviving piece of the walls, and if you look closely you can easily see the break between the Roman and medieval stonework. 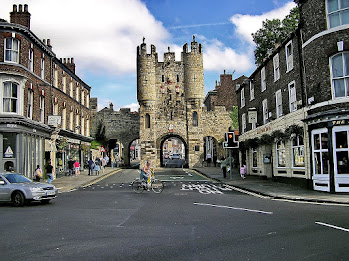 Since The Raven and the Crown is set during a time of war between England and Scotland –1316-1330, more or less, although I compressed the timeline (But not nearly as badly as Marlowe did!) – the king spends a lot of time in York. Thus his servant Thomas of Penrith also spends a lot of time there. I have also been there, so I was able to reconstruct it in my mind more readily than most English places. 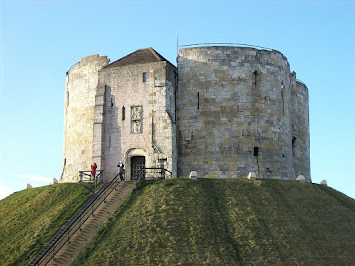 Clifford's Tower, the old Norman keep that was the center of York's castle. During the fourteenth century the king did not actually reside in the castle, but in a monastery nearby; tells you something about medieval England that the most luxurious accommodations in most towns were maintained by monks. But the royal administration was based in the castle, so the king was often there, and the scene where Thomas first meets the men of the Wardrobe is set in this tower. 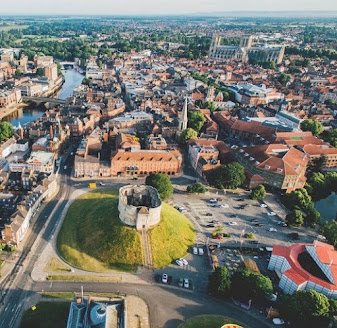 Aerial view of York, with the castle in the foreground and the cathedral in the rear. The medieval town filled the space between them. The hall where a certain royal banquet is set no longer stands; its remains are underneath the parking lot. 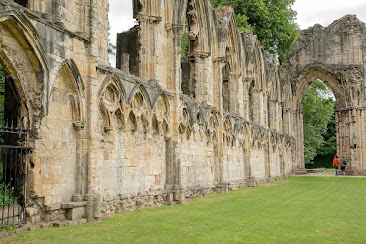 The ruins of St. Mary's Abbey, where the king and queen usually stayed, and where Eleanor visits the queen. 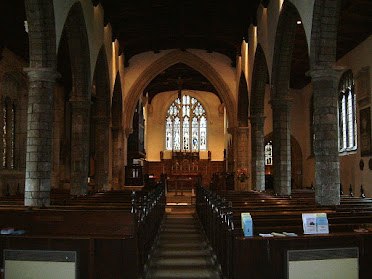 St. Olave's Church, where a murder victim lies unavenged in one scene. Also where my wife and I attended Epiphany services, one of the experiences that anchors York in my imagination. 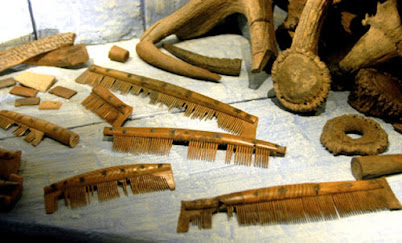 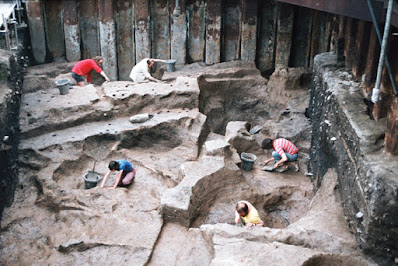 St. Olave was of course a Norwegian king, and the presence of St. Olave's Church reminds us that York was once Jorvik, a Viking town. It was in Jorvik that Egil Skallagrimson saved his life by composing, in one night, the Viking world's most famous poem of praise, a gift so magnificent that Jarl Eirik Bloodaxe had no choice but to spare his enemy Egil's life in return. In the 1970s a major excavation was carried out at Coppergate in York, exposing more than a dozen 10th century houses and recovering tens of thousands of artifacts from Jorvik. The results are now interpreted in both a more or less normal museum (although holographic ghosts pop up from time to time to lecture you) and a "Viking Experience" where you can ride through a recreation of the town. 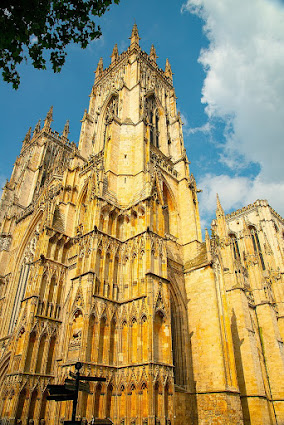 York has a wonderful cathedral, York Minster. This is a hybrid structure built in the Romanesque style in the 12th century, then rebuilt in the Gothic between 1220 and 1426. So during the period of my book this would have been under construction all the time. Like most other medieval cathedrals, come to think of it. One thing I remember from my visit was a strong sense that this was an active church, not just a historical site; we perused a bulletin board with notices for all sorts of parish events. 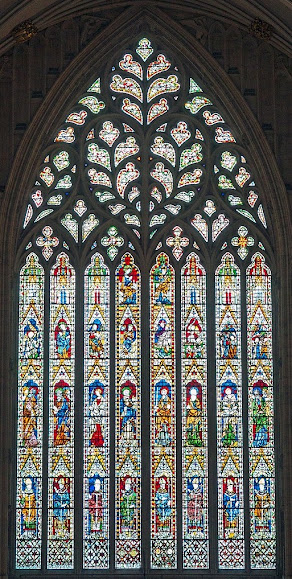 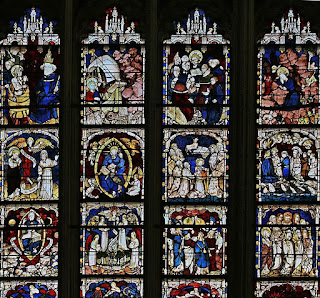 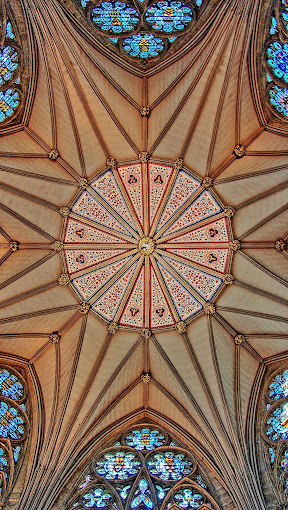 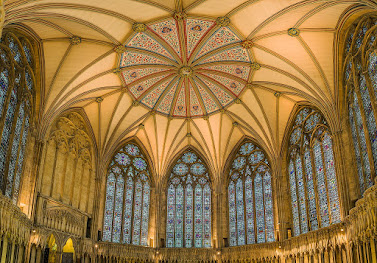 Ceiling of the Chapter House, which was completed in 1296. This is the style of the era I was trying to recapture. Western Europe reached a peak of population, wealth, and self-confidence around 1300 that, after severe famines and then the plague, was not regained until 1500 or even later. 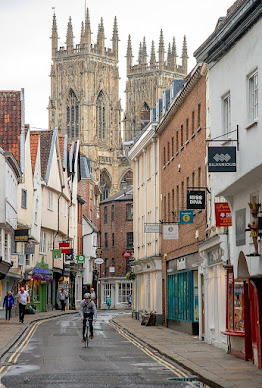 Heading into town from the Cathedral you enter a neighborhood of winding streets with many old houses, some dating to the 1300s. 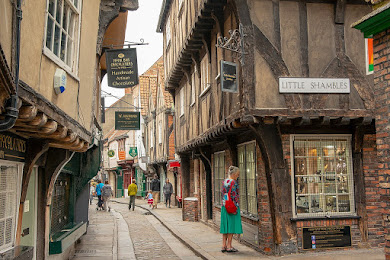 I went into one of these, a two-story townhouse measuring about 10 by 20 feet, and it became the model for the house Eleanor occupies in Part II. 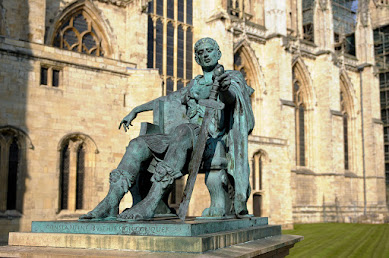 So consider visiting York, a fascinating place, although of course you will enjoy it more if you have read The Raven and the Crown first ;-)
Posted by John at 8:46 PM