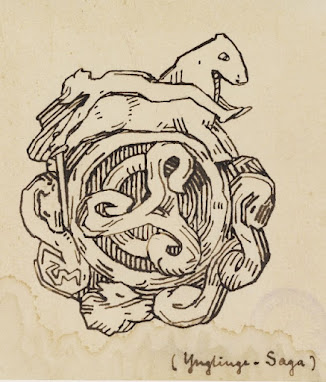 Gerhard Munthe (1849-1929) was Norwegian artist, famous in Norway but not so much anywhere else. He came from an accomplished family,  – his father a physician, his sister a novelist, one brother a historian, another a military officer – and never much struggled. Except with his wife, who divorced him after 23 stormy years. 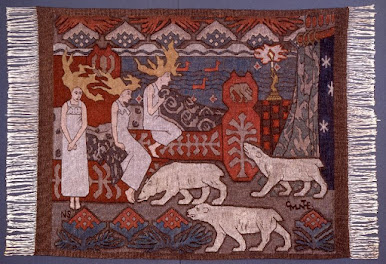 The Daughters of the Northern Lights, 1895

He had a strange upbringing for an artist, in that he announced that he wanted to go to medical school but his father talked him into studying art instead. He studied in Germany for a few years but otherwise lived in Norway. 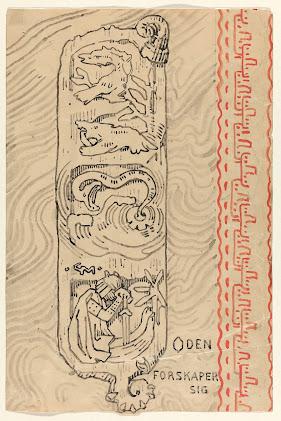 Before the 1890s he focused on painting in the academic style. But then he got interested in the Arts & Crafts movement and shifted to drawing, woodcuts, and illustrations, many of them related to the Icelandic Sagas and other Norse literature. 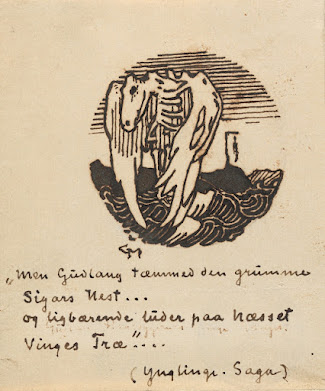 I just love the little drawings Munthe called "vignettes," and as soon as I saw one (at Dido of Carthage) I knew I had to post about him. 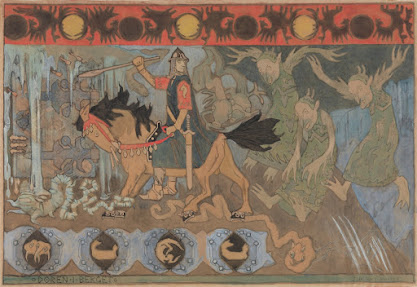 More, and some of his paintings, at the Norwegian national museum. 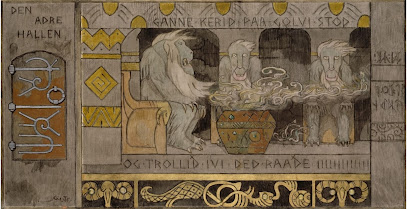 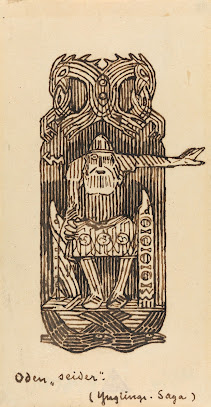 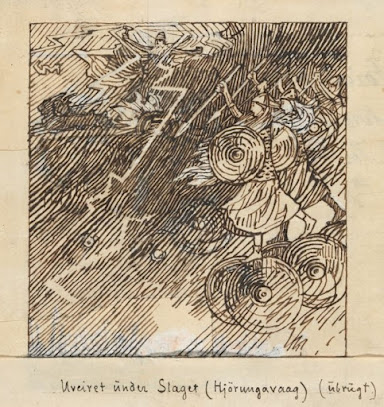