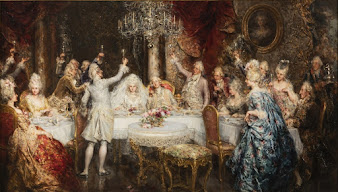 I was blown away by this painting, which is for sale at some obscure French antiques dealer for 78,000 Euros. It's by Juan Pablo Salinas Teruel, someone I had never heard of. This is "The Wedding." 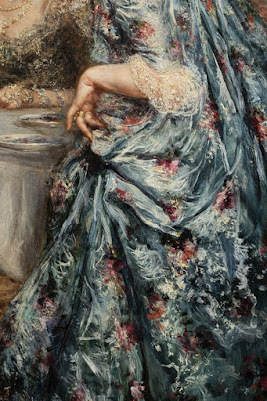 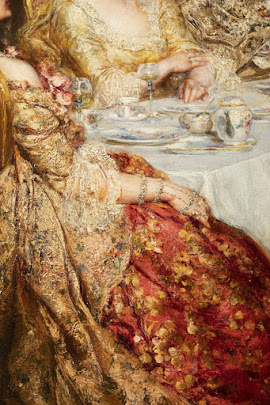 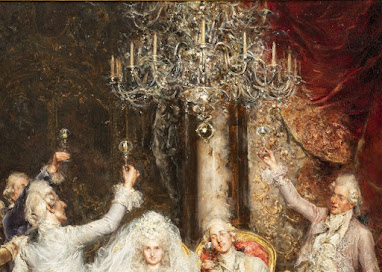 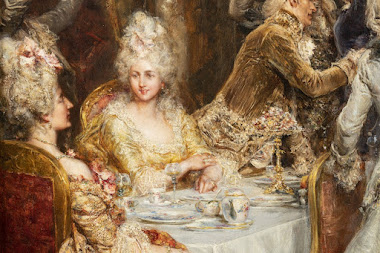 The way he conveys an extreme richness of detail with wild, vague brush strokes is just amazing. At a certain scale it looks precise, but if you keep zooming it it rapidly blurs away. 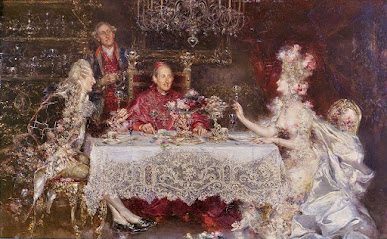 Turns out Salinas did not work, as you would imagine, in the 18th century, but in the late 19th. He was born in Spain but worked most of his career in Rome. He did a diversity of work, including many portraits, but it's these historical scenes that are most famous and most impressive. Here's another, "Dinner with the Cardinal." 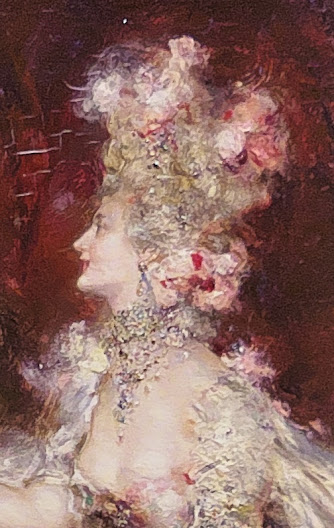 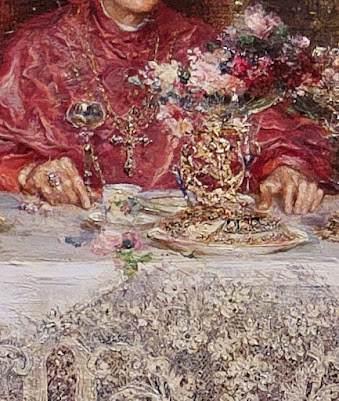