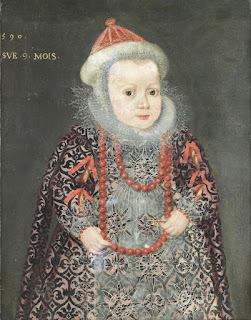 Eelgrass successfully restored to 200 hectares off Virginia's Eastern Shore after a program that involved scattering 70 million seeds. This is great news, but since we don't know why eelgrass disappeared in the first place, who knows how long it will stay this time?

Good news from Bolivia, where the last election was a disputed mess that ended in what some people called a coup. But Sunday's election came off smoothly, with the losers already congratulating the apparent winner, Socialist Luis Arce.

A man lived in the ceiling of a Nevada supermarket for a week, stealing food every night, until he was detected after his foot fell through the ceiling.

The Delightful Boringness of Joe Biden

Review of what sounds like an interesting book on the environmental history of the Bering Strait; who was worse, Soviet socialists or American capitalists?

Some art criticism so weird I have no idea what to say about it. Once we understand the psychoactive properties in the clay of a small jug, "Suddenly, we see Las Meninas for what it is – not just a snapshot of a moment in time, but a soulful meditation on the evanescence of the material world and the inevitable evaporation of self."

Weird NY Times story on the rich executives who, stuck at home during the pandemic, have discovered the pleasures of having dinner with their families.

Replacing damaged or lost cartilage with new tissue grown in a lab from the patient's own cells. (Washington Post)

Obituary of James Randi, magician and skeptic, and a hero of mine in my skeptical youth. (NY Times)

Struggling to be anti-rape but also anti-prison and anti-police violence.

Tyler Cowen filed this under "questions rarely asked": should there be more cats in prison? (Yes, is my answer. And I think I posted a few years ago about prison inmates training dogs.)

From the British Museum, conserving a 130-year-old bag made of fish skin.

Agromining or phytomining: using "hyperaccumulator" plants to concentrate the Nickel or other metals in in metal-rich soils. The plants are then harvested and the metal extracted. Not yet economical, but it could be combined with using this method to extract metals from places made toxic by them. Could also be used on mine waste to extract more metal and render the waste less toxic. (Website of one agromining group, abstract of scholarly article, NY Times story)

Watched the video and boy, do they not look at all nimble in the air, and boy do I imagine small-arms fire would be incredibly effective at taking them out.

There aren't a lot of ways to make boarding a ship more dangerous, but I think strapping a tank of highly volatile fuel to yourself, levitating yourself into the air with a system that will catastrophically fail at the first serious malfunction, and hovering through the open air with literally no cover possible is a great example.

You lose all the advantages of traditional boarding techniques, and add a bunch of really major disadvantages. I just can't see this being adopted in anything like the demonstrated state, except for incredibly niche usages.

"Agromining or phytomining: using "hyperaccumulator" plants to concentrate the Nickel or other metals in in metal-rich soils. The plants are then harvested and the metal extracted. Not yet economical, but it could be combined with using this method to extract metals from places made toxic by them. Could also be used on mine waste to extract more metal and render the waste less toxic."

Interesting - reminds me of certain works of fantasy that featured "lifesculpting", using magic to grow plants that absorb metal from the environment, although for purposes of art and decoration rather than land reclamation.

I wonder how much this might speed up the process of restoring WWI and WW2 ravaged parts of Europe, such as the Zone Rouge and similar. Perhaps instead of three centuries or so at the current rate of cleanup, this could reduce it "only" one or two lifetimes.