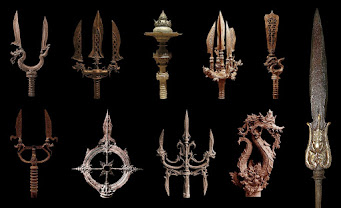 According to this study, the requirement that toddlers have car seats, making it difficult to fit three children into the back seat of a car, has saved 57 lives since 2000 and led to 125,000 fewer births. The paper is titled "Car Seats as Contraception."

Interesting Twitter thread on the new fusion developments. No, we won't have fusion reactors soon.

Pressured to increase "equity" among its staff and promote diversity in its collections and audience, the Baltimore Museum of Art is selling three major works by Warhol, Clifford Still, and Brice Marden to raise $65 million for these initiatives. I say good riddance to the Warhol.

Moving little essay by Carolina Levis on the history of the Amazon forests and how they have ben shaped by the people who live in them, for spiritual reasons as well as for food. (NY Times)

Controlling a crop-destroying fungus by infecting it with a virus. (NY Times)

Review of a new book on the Vikings by Neil Price, with some thoughts on how hard it is to write about them for a world troubled by neo-Nazi Viking fans; can study of the Vikings be saved for the rest of us without falling into nonsense about Norse openness and tolerance?

In the fighting between Armenia and Azerbaijan, both sides have released videos showing tanks destroyed by drone strikes, and both have claimed more than 100 tank kills. Some say this means tanks are finished, but others say it means the Armenian and Azerbaijani armies are incompetent and their governments are lying.

Apocalypse watch: since March the yield on the 10-year US Treasury bond has hovered around .666%

People who go to top universities make more money. Here's a study that says when California switched to a system that let the top 4% of graduates from any high school enroll in a selective state university, the post-graduation incomes of students who took advantage of this opportunity went up by 16%.

The House of Representatives just passed a motion condemning the QAnon conspiracy theory, with only 18 votes against. Mother Jones asked all 18 to explain their votes, and most who responded emphasized free speech.

Is the name "Negro Mountain" – a ridge that extends from Maryland into Pennsylvania – a racial slur or a "very important part of African American history"?

A bit of escapism: account of a recent sailing/snorkeling trip on Mexico's Sea of Cortez, following the track of John Steinbeck. (Washington Post)

Physicists don't understand what could be making all the gold in the universe; it's simply too common for all the mechanisms ever dreamed up to account for its abundance.

Algerians learn that ousting a crooked dictator is just step one on the long road to democracy.

NY Times report on the progress of drug decriminalization in Portugal: "A lot of the benefits over the years from Portugal’s policy shift have come not from decriminalization per se, but in the expansion of substance-use disorder treatment."

Speaking of sociopathic founders: John McAfee of antivirus fame, who previously fled Belize after his neighbor was murdered, has been indicted for tax fraud by the US. (NY Times)

According to this study, the requirement that toddlers have car seats, making it difficult to fit three children into the back seat of a car, has saved 57 lives since 2000 and led to 125,000 fewer births. The paper is titled "Car Seats as Contraception."

Oh come on. As if couples sitting around the breakfast table have the conservation, "Should we have another child, honey? "No, let's not - we'll be unable to fit another car seat in the back of our vehicle!"

And even if it were somehow true, despite how absurd it is on the surface, what of it? There are too many people on the planet as it is, too few resources spread too thin already - if car seats actively, meaningfully discourage more births, it's still incredibly disingenuous to cite that alongside the number of lives saved! The two are not equivalent to each other! A child people choose not to have is not the same as parents losing the life of a child they DID choose to have!

Which is to say, perfectly well. I've met plenty of people who couldn't arrive at that solution. A travesty that so many of them continue to think themselves "superior".

"Apocalypse watch: since March the yield on the 10-year US Treasury bond has hovered around .666%"

So what does this mean for places and cultures who didn't inherit their numerology from the Abrahamic traditions, and have entirely different arbitrary associations of numbers with abstract concepts?

Also, how much rounding is going on here? In the Abrahamic tradition, 6 is the imperfect number, and that gets combined with repetition as intensifier. So 6 is bad, 66 is worse, and 666 is worst. And by the exact same token, 7 (the "perfect" number) is good, 77 is better, and 777 is best. But what happens when you have something like 667, or 676, et cetera? Also, isn't it just a bit convenient to ignore the 0 and decimal point that precede these things?

And here's a puzzler for you - if the yield were to instead hover around 0.888%, would that mean that East Asian in this country are due for prosperity? Because to those cultures, 8 is indicative of wealth, and they use the same system of repetition as intensifier, so 888 is the most wealth.

The House of Representatives just passed a motion condemning the QAnon conspiracy theory, with only 18 votes against. Mother Jones asked all 18 to explain their votes, and most who responded emphasized free speech.

"Free Speech" has been the excuse of Fascist apologists in America for as long as the ideology has existed. It's a convenient shield to hide behind, because it fools people into treating all speech as equal, which is a clear fallacy.

Most of these do seem far too spindly for practial usage, but the glaive on the far right looks perfectly serviceable, if ornate.

Additionally, the two "mace" heads (middle top "lotus" and rightmost bottom "dragon") could potentially be viable weapons as well, depending on just how durable their construction actually is (and how much surface level damage to the aesthetics you might be willing to tolerate).

That said, it's worth noting that the Javanese (and other Southeast Asian peoples) seem to have not worn as much armor (or as heavy armor) historically, and thus some of these less sturdy looking weapons might have still been eminently practical in certain contexts such as royal / palace guards, who would usually only be called upon to use their weapons against unarmored (and potentially unarmed) targets. You can get away with a much more fragile design if you only expect to be striking flesh and clothing, rather than metal.

The car seat thing didn't keep us from having a third kid. But when we found out we were pregnant, we thought long and hard about having to buy a minivan. Gah! In the end, I did many hours of headache-inducing research on car seats and car seat laws, to find a workable solution for our current car. We just couldn't afford a minivan. The good news is, if you're not driving a super compact car, there *are* car seats that will fit three-across, and they advertise them that way.

Definitely, as you say, I would think people would rethink their vehicles long before rethinking their decision to have a child.

I'm aware that some sources recommend using car seats and booster seats for children as old as age twelve, but my overwhelming impression has long been that scarcely anyone actually uses them past about the age of five, and the actual legal requirements are pretty meager.

When we were in China adopting our fifth child, I mentioned to one of the other adopting parents that this meant we had a minivan full, and I was drawing the line there. She, said, in a heavy Minnesota accent, "You know, they have pop-up seats and all sorts of other things, so you can fit seven no problem."

On the QAnon thing, too often the right of free speech is taken as a right not have one's speech condemned or even criticized. A Congressional vote to condemn a group or person for their speech in no way deprives that person of the right to speak.

It would be interesting to look at those Reps' records and see if they've been consistent in refusing to condemn anyone. For example, did they vote against expelling Steve King from sitting on committees? Has there been a vote to censure Ilhan Omar, and where did they stand on that?

In any case, it has long been recognized that free speech does not include the right to yell "Fire" in a crowded theater. At what point does hate speech and incitement to violence (implicit or explicit) fall under the same standard? Even I, who think QAnon is extremely dangerous, am not sure QAnon has reached that point yet. But is there a line like that even for political speech, and if so, where is it?