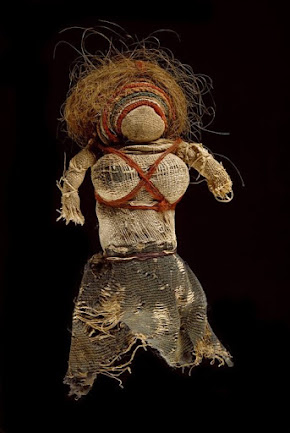 People are repainting their houses in the "quarantine palate", colors that many seem to find soothing.

Kevin Drum responds to critics of his post arguing that American democracy is not in crisis, which I wrote about here.

3-minute video using 3d animation to explain how large bridges were built in the Middle Ages; I wish they had shown the arch construction in more detail, but still quite cool.

Paul Krugman tries to explain why Trump's tariffs did not help US manufacturing, somewhat technical but not polemical. One issue is that in our economy staggering amounts of money flow across borders, and companies have mainly responded to Trump's tax and tariff changes by moving money rather than manufacturing operations.

"Captain" Roger Gallagher, famous highwayman of Ireland's County Mayo, who stole from the English rich and gave some of it to the Irish poor.

Is Palantir a scary threat to privacy and democracy, or a faddish, money-losing company with a bad business model? (NY Times)

Very wealthy neighbors feuding like spoiled children; admit it, you love these stories

Why Amazon has such a big problem with people bribing its employees.

NY Times story on geoengineering to fight climate change, which makes it sound like a lot is being done, until you look at the pathetic budget numbers.

The mysterious strategy of the "nuclear sponge": according to testimony by Defense Secretary Jim Mattis, the main purpose of the hundreds of nuclear-armed ICBMs we keep in silos across the plains is to "soak up" nuclear attacks from our enemies, luring fire away from New York and Los Angeles. We have no plans to fire them. But we're about to spend $95 billion replacing them with newer missiles we also have no plans to fire.

The history of dogs, from their DNA. One weird fact is that no wolf DNA has entered the dog genome since domestication more than 15,000 years ago, so huskies are no more wolf than pugs (NY Times)

According to a leaked document, somebody in the Trump administration thinks Billie Eilish is "destroying our country and everything we care about." Pretty impressive accomplishment for a teenage pop star.

Women of color running for Congress as Republicans (Washington Post)

I wasn't much impressed with Drum's original essay, and I'm not much impressed by his answers to his critics. He's got a quality of being "hypnotized by history": his go-to logic is, if something has been an issue before, and we survived it then, we'll survive it now--so, no worries! And, well, that's rubbish, isn't it? The country has survived previous crises yes, but that in no way guarantees or even makes it that much less likely that any particular crisis won't turn into the black swan that makes everything different. If you flip a coin and it turns up heads a hundred times, there is still a 50% chance that the next one will be tails. History often reaches points where it could go several different ways, some of them very new and different. Who would have predicted that the war between Constantine and Maxentius in 312 wasn't just another battle for imperial power? Who, in January or even April 1917, would have predicted that the Bolsheviks would take over Russia?

Drum's real point (and, it seems, John's) is that he doesn't respect liberals who feel excitedly aggrieved in the current situation. Fine. But it's not clear to me that Drum's feeling (which is only a feeling, not an analysis) really does much to illuminate our historical moment, particularly if one is taking refuge in an argument that "people have been excited and aggrieved before, and it didn't amount do much." The question is, is this time different? I don't know, and Drum doesn't either. But I think the signs that it *might well* be different deserve more respect than Drum is giving them. To put is another way, the chance that this time is different is non-trivial. If the circumstances now make it 60% likely that the coin will finally come up tails, that's important.

One thing I will say is that leadership matters, and it matters A LOT. Without Constantine's choices, he really would have been just another general-turned-emperor. And I would agree with Orlando Figes that Lenin was himself THE key ingredient in the Bolshevik triumph.

A lot of what's going to happen rests with Trump himself. If he loses the popular vote and tries to fight his way to a victory through the courts, the country is going to be in serious trouble. And no, 2001 isn't indicative of how things will go. In that sense, this time IS different.

I haven't read his article. But based on what you say it sounds a lot like the same old tired argument: because past American generations overcame a problem like ours, we will overcome ours. It's such a common error in logical thinking that it has a name -- Appeal to Tradition. the notion of American exceptionalism gives it great appeal. Or course it's most often repeated by those who don't have a better argument to make.

"3-minute video using 3d animation to explain how large bridges were built in the Middle Ages; I wish they had shown the arch construction in more detail, but still quite cool."

I assume this is just one regional method from Bohemia*. It would be interesting to see a whole series comparing different techniques from different parts of Europe or the world, across different periods of the Medieval Era.

*(I'm not always great about recognizing languages, but I suspected the text was Czech, and looking into it the project is called "Karel IV" which turns out to be Charles IV, and I recognized "Praha" as "Prague", the seat of Charles's power, and which fittingly enough for a film about bridges is derived from Old Slavic "práh" meaning "ford" or "rapids".)

Is Palantir a scary threat to privacy and democracy, or a faddish, money-losing company with a bad business model?

Why can't it be both?

It doesn't help that they literally named it after the magical scrying orb in The Lord of The Rings which is used by Sauron to spy upon the heroes and send his forces after them to kill them all and secure his evil reign for all eternity.

Selling a morally and philosophically questionable product under a name that instantly evokes images of evil and danger probably isn't the best marketing choice. But then, as you say - it's a faddish, money-losing company with a bad business model. Clearly the people behind it aren't all that bright.

But that doesn't mean they aren't dabbling in something dangerous. In fact, we should probably be even more worried about the fact that idiots are being drawn to these things. You wouldn't want a nuclear power plant to be run by a Silicon Valley tech startup full of incompetents.

To quote Alexandre Dumas, "Rogues are preferable to imbeciles, because they sometimes take a rest."

"According to a leaked document, somebody in the Trump administration thinks Billie Eilish is "destroying our country and everything we care about." Pretty impressive accomplishment for a teenage pop star."

This is hardly surprising. They think that about everything they don't like.

It would be laughably absurd if it wasn't used in all seriousness to justify harming innocent people and undermining our democracy in the name of blind conformity.

E pluribus unum. Our demoracy is only strong because we our diverse. But these intolerants pit themselves against that diversity - against democracy.

It's anti-democratic. It's anti-American. It's cruel, selfish, and insane. And we need to stop pretending these people have a legitimate position.