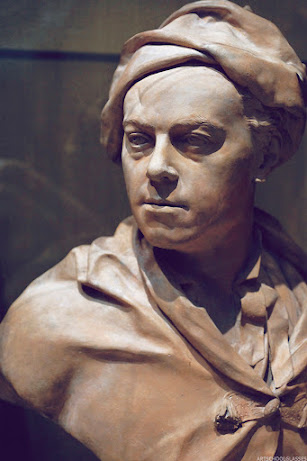 Fall in Dorset, with a view of Ben Pentreath's spectacular garden. And Pentreath's photos of a weekend in Scotland, with a few more of his garden, too.

A robust-looking scientific study shows that Time Restricted Eating, aka Intermittent Fasting, does not help people lose weight and may be bad for their health. Another thing that works for mice but not for us.

Woke math in Seattle. Some bad ideas refuse to die.

Winning design for the proposed Theodore Roosevelt Presidential Library in North Dakota, blended into the prairie landscape where TR failed at ranching.

Apropos of polls showing that only 51% of Americans would get a Covid-19 vaccination, including only 30% of black Americans, Kevin Drum delves into the statistics on who distrusts American medicine and why.

Long essay on the work of Eileen Chang, the most famous writer to emerge from the war-torn China of the 1940s, interesting and entirely new to me.

Amy Coney Barrett and the never-ending debate over work, motherhood, and "having it all."

Vettuvan Koil, the Temple of the Slayer, a name I could not resist

More detail on the new plane the US Air Force is supposed to have developed and built in one year.

And if you're curious about the future plans of the Air Force, check out this piece on the Next Genertion Air Dominance program or this one on the B-21 "bomber" . In a nutshell, the goal is to replace or supplement super-expensive fighter planes with networked platforms of various kinds.

Winning design for the proposed Theodore Roosevelt Presidential Library in North Dakota, blended into the prairie landscape where TR failed at ranching.

More detail on the new plane the US Air Force is supposed to have developed and built in one year.

I have a pretty good familiarity with US military vehicle development history. That description terrifies me.

Best case scenario, it's inaccurate and they didn't really "develop" an entirely new aircraft in such a short time frame, but simply started with an existing proven design and modified it enough to call it a "new" plane.

Worst case scenario, it's a rush job with every corner cut, and it'll be an incredibly expensive mistake that gets people killed senselessly.

Silver lining, at least we can be confident that there wasn't anywhere near enough time for "mission creep" to set it and compromise development THAT way...

But boy, oh, boy... do I wonder what's going on behind the scenes. Who actually pushed for this? What sort of horse trading is going on between top officials?

It's actually a platform for testing new technologies.

Well, that saves me from reading the article, which I didn't have time for earlier.

So basically the description is misleading, if not technically inaccurate. Calling a testbed platform "the new plane" in respect to the Air Force comes with some baggage and automatic assumptions in common parlance.

Technically, yes - it's quite literally a new aircraft. But not in the sense of a new model of aircraft intended for serial production and widespread use.

It's literally just a prototype. A year is perfectly reasonable in that context. But when you don't talk about it as a prototype, and instead use language normally reserved for finished serial production platforms, people are guaranteed to be misled.

Which makes me wonder why the choice was made to present a prototype in this manner?