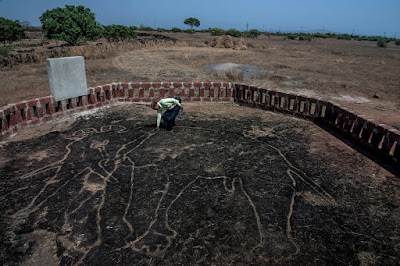 Interesting Times article about a collection of more than a thousand petroglyphs discovered by amateur archaeologists along the Indian coast south of Mumbai. In the best archaeological tradition they found most of these by asking local people where they were. 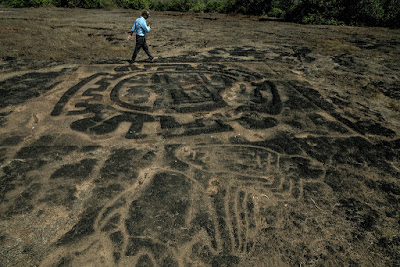 Neither these archaeologists nor the writer seem to know all that much about rock art, so their speculations don't impress me, but the petroglyphs are still very cool. For one thing they seem to assume they are all the same age, but one thing we know is that rock art draws more rock art just like graffiti draws more graffiti, so they could have been made by different cultures thousands of years apart. 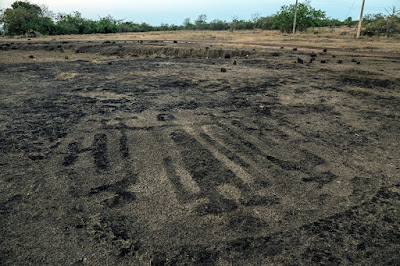 Here is a famous image I have written about before, the Master of Animals, very common across Eurasia in the Bronze Age and early Iron Age, which makes me doubt that this carving is Mesolithic as the article suggests. But who knows? Maybe it goes back to the Paleolithic and there just aren't many other surviving examples of that age. 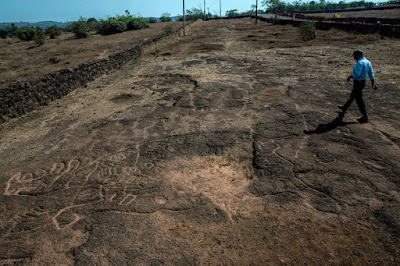 More pictures in the Times.
Posted by John at 7:15 AM