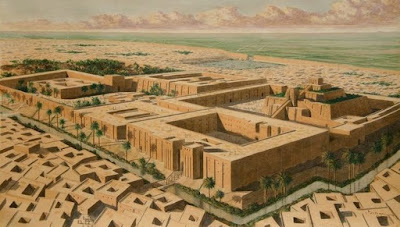 Ur, circa 2100 BC. Every time I try to trace this back to its source I end up at a university site to which I can't get access, so it will have to remain anonymous for now. This seems to be a common problem with older reconstructions like this one, or at least I keep having it. 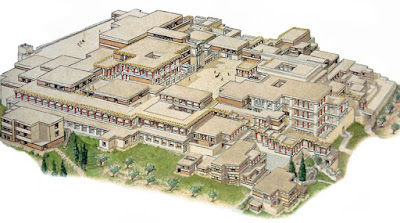 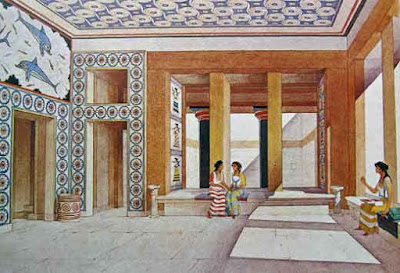 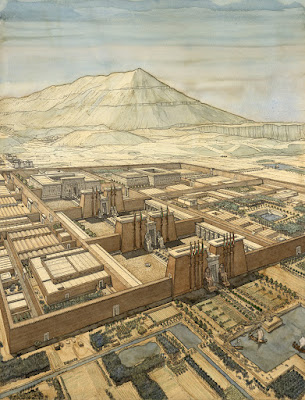 Thebes, c. 1400 BC, by J.C. Golvin. Golvin is a professional recreater of the ancient and medieval worlds and his wonderful web site has dozens of examples. I could have done this whole post with his work but I didn't want to steal too much of it. 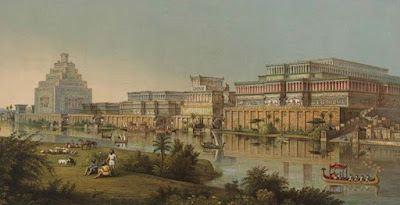 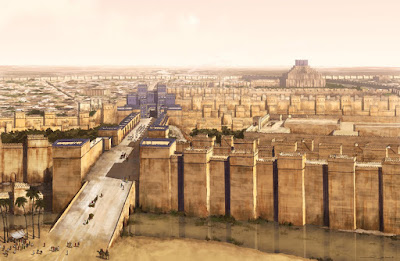 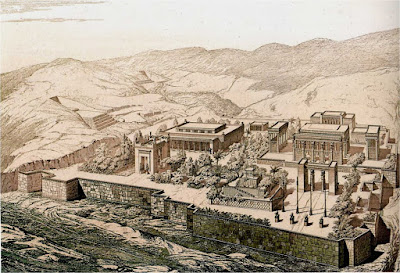 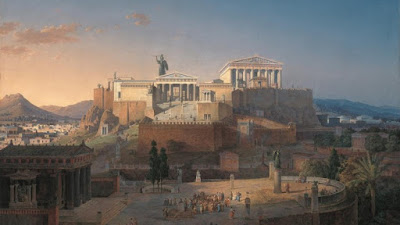 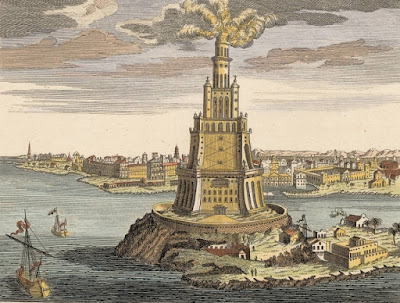 Alexandria, with the Lighthouse, c. 250 BC. Engraving by Johann Bernhard Fischer von Erlach, 1720. 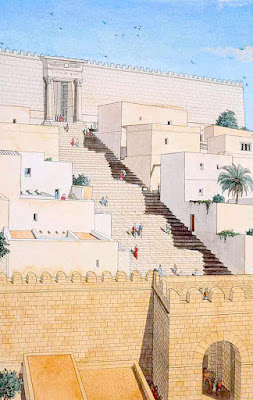 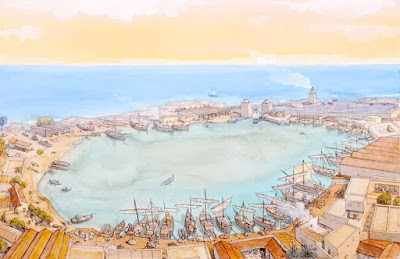 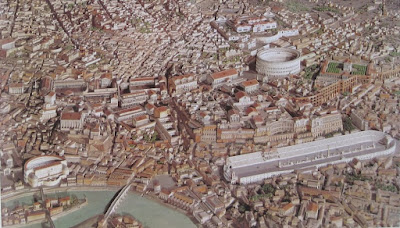 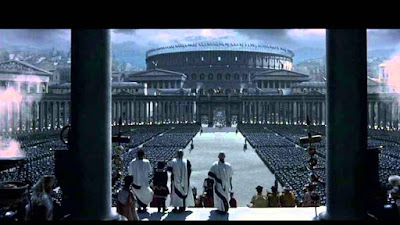 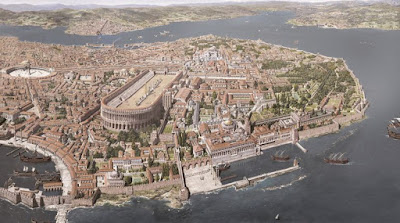 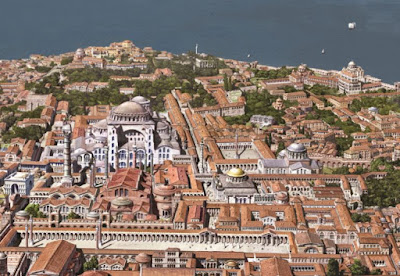 Constantinople under Justianian I, by Antoine Helbert. 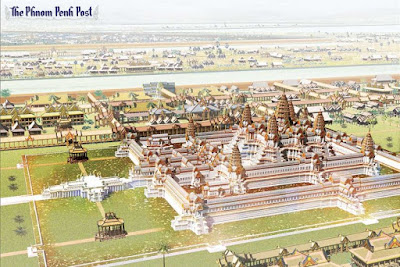 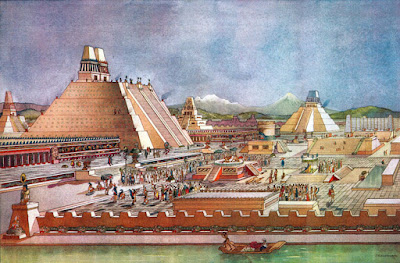 Nineveh looks mythical. Of course, I guess, that could be said about many of them.