Cathedral of the Holy Cross and Saint Eulalia, Barcelona 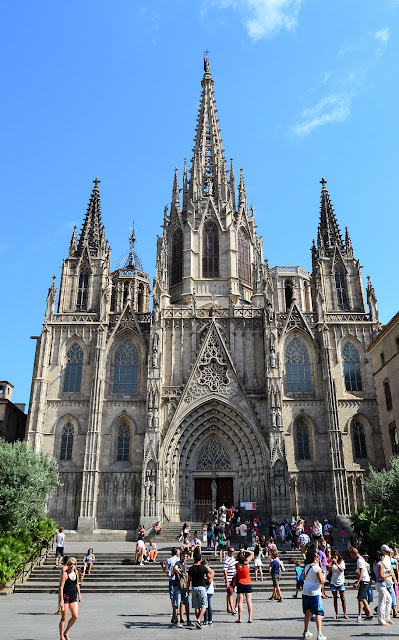 The Cathedral of the Holy Cross and Saint Eulalia is a magnificent example of a "living" cathedral that evolved over the centuries into the form we see today. 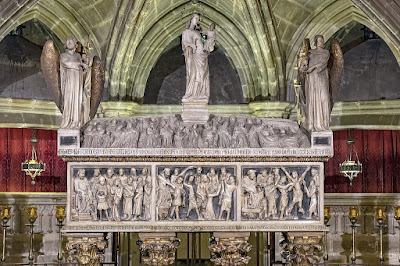 Saint Eulalia, so the stories say, was a girl who lived in Barcelona during the Diocletian persecution of AD 303-311. She naively went to the governor of the province to protest the killings of Christians and was for her trouble tortured in inventive ways and then crucified. A body identified as hers was kept in this crypt by the 6th century; her tomb was built in the 14th century. 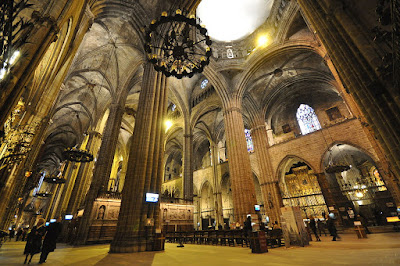 There was a large cathedral here by 599, when a church council whose records survive met there. That building had presumably fallen into disrepair by 1046, when Count Ramon Berenguer I and his wife Almodis began building a new one. In 1298 King James II the Just began building a new, Gothic cathedral on the site, but sources disagree on what  happend to the old one. A document cited by Catalan wikipedia says this was an "extension and enlargement" of the old Cathedral and was done gradually, one section at a time, but I'm not sure how that squares with the fact that 1) the new cathedral was much larger than the old, and 2) little or none of the Romanesque stonework seems to survive above ground. 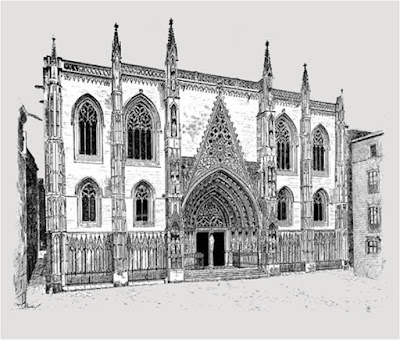 The church was mostly built by 1448, but the main facade was fairly simple by Gothic standards, as you can see in the 1850 drawing above. A 15th-century plan survives that called for adding three towers. The towers were not actually completed until 1895-1913, when a local business magnate named  Miguel Girona i Agrafel offered to pay for the construction himself. 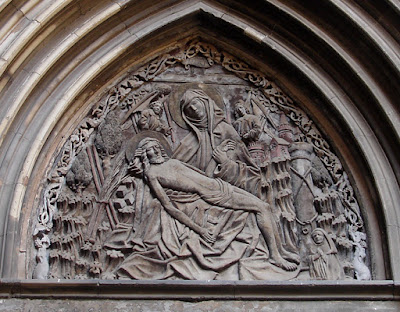 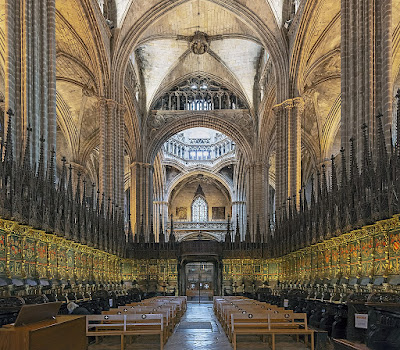 Much was added to the interior during Spain's glory days of the 16th and 17th centuries. These choir stalls, carved with the symbols of the Order of the Golden Fleece, were installed for the investiture of Emperor Charles V as Count of Barcelona in the 1519. 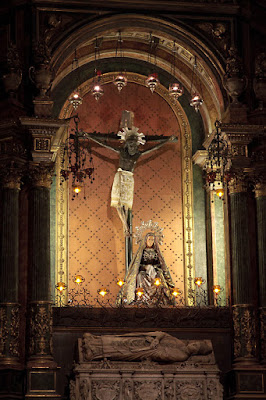 The Christ of Lepanto commemorates the great naval victory of Spain and Venice over the Turks in 1571. Local legend has it that the crucifix went into battle on the prow of a ship and ended up curved because Christ dodged out of the way of a Turkish canon ball. 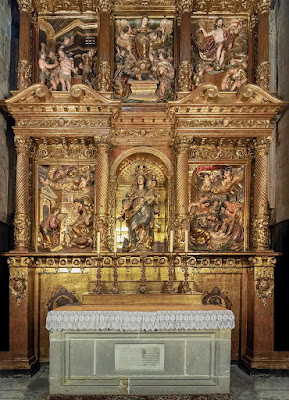 Altar of Mary of the Rosebush, clad in American gold, 17th century. 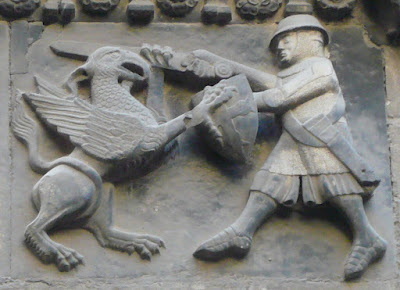 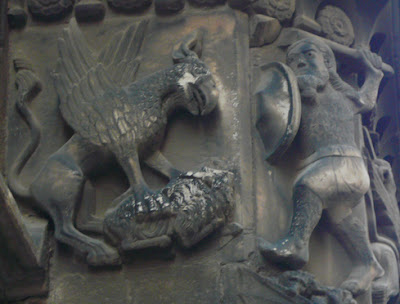 Two carvings of warriors battling Griffins. No idea why. 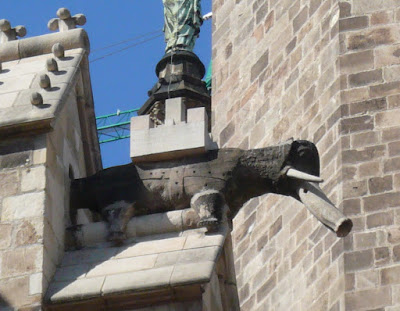 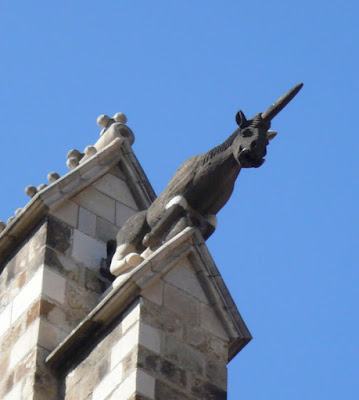 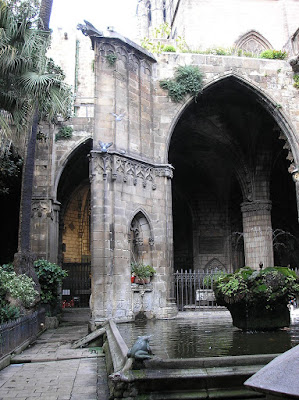 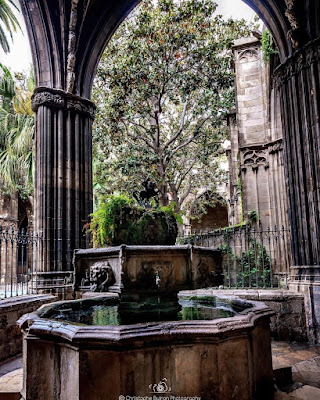 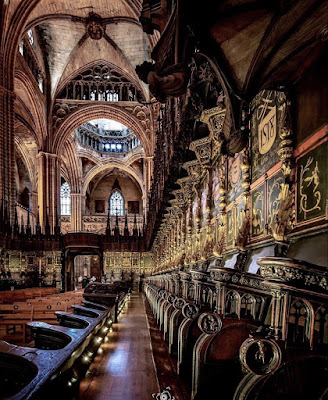 Two splendid photographs by Buiron Christophe, which got me started on this post.
Posted by John at 10:32 AM

I visited this cathedral about 5 years ago. A roof tour is offered for, I think, 2 euro. The cloister garden is really splendid.