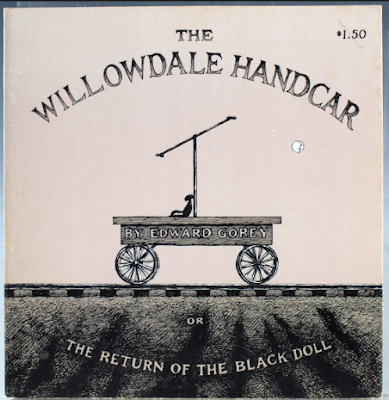 I have been a lover of Edward Gorey's books since I first discovered them as an alienated teenager, and I have more recently been fascinated by the glimpses of his life I gleaned from magazine articles and the like. So I eagerly snatched the new Gorey biography away from my elder daughter when she checked it out of the library, and I just finished it today. Mark Dery's Born to be Posthumous: the Eccentric Life and Mysterious Genius of Edward Gorey (2018) is a fine book with some lovely writing, a serious attempt to come to terms with a man whose art baffled millions, and whose best friends said that they never really felt that they knew him. In fact I have so much to say about Gorey and this book that my thoughts are going to spread over a series of posts. 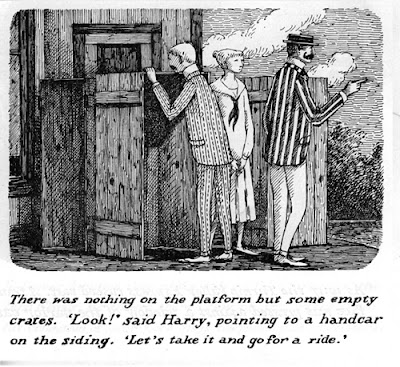 Gorey's art was always at least as much about what was not said and not shown as anything on the page. Dery explains:


Graphic violence is the exception in Gorey's stories. He embraced an aesthetic of knowing glances furtively exchanged or of eyes averted altogether; of banal objects that, as clues at the scene of a crime, suddenly phosphoresce with meaning; of empty rooms noisy with psychic echoes, reverberations of things that happened there, which the house remembers even if its residents do not; of rustlings in the corridor late at night and conspiratorial whispers behind cocktail napkins – an aesthetic of the inscrutable, the ambiguous, the evasive, the oblique, the insinuated, the understated, the unspoken.

Gorey believed that the deepest, most mysterious things in life are ineffable, too slippery for the crude snares of work or image. To manage the Zen-like-trick of expressing the inexpressible, he suggests, we must use poetry or, better, yet silence (and its visual equivalent empty space) to step outside language or to allude to a world beyond it. with sinister tact, he leaves the gory details to our imaginations. For Gorey, discretion is the better port of horror. (12-13)

This reticence extended beyond the books. As he ascended to fame Gorey was bullied by his publishers into numerous interviews and even one appearance on the Dick Cavett Show, but he never enjoyed it. Gorey hated to be asked about his work and refused to ever explain himself, developing a repertoire of non-answers he could employ. He once advised an artist friend,  "Always be circumspect. Disdain explanation." (19) He also hated to talk about his family or his past or anything that might feed into psychobiography: 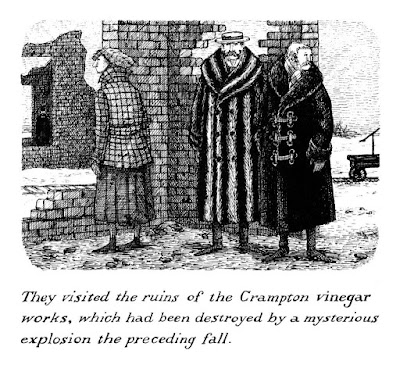 The most impressive part of Dery's book is his very thorough investigation of the sources of Gorey's style. I have always thought of Gorey as a great original, indeed as one of the most original artists of my lifetime. Whatever you think of Gorey's work, it isn't like anything else. Gorey worked at this and was always determined to be an artist in his own way. He never saw himself as part of any movement or artistic group, and he usually refused to compare himself to other artists. Dery sees Gorey's refusal to talk about being gay – which he seems to have been, in a very complicated way – as part of this refusal to be pigeonholed. He had no interest in being seen as a "gay artist" and mocked the idea of an anthology of gay writers, at a time and place (New York in the 1970s) when gay consciousness was on the rise and many of his friends were very caught up in the movement.

And yet Gorey, like every other artist, worked within the parameters set by his tradition and found sources of inspiration in art of the past. He had something of a photographic memory and his drawings are full of little quotations from a wide range of imagery: classics of Edwardian illustration like the work of Oliver Rackham, painters like Manet and Hopper, and especially silent film. Gorey was a great lover of silent movies and his drawings include several images that might have been traced from stills of his favorite films. Almost all of Gorey's work seems to be set in a late Victorian-Edwardian-Roaring Twenties milieu, and the ease with which he recreated the past owes much to his encyclopedic knowledge of art from those eras. The illustrations in this post come from one of my favorite Gorey books, The Willowdale Handcar (1962); is there any image more instantly evocative of the silent film era than someone pumping a handcar down the railroad tracks? 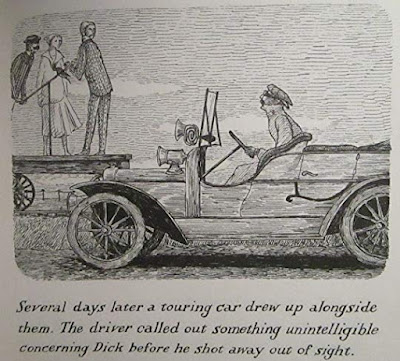 Gorey's broader sensibility, his deadpan horror and elided disasters, draws on other trends. Maurice Sendak was an acquaintance, and some of Gorey's work fits into the movement to create children's books that capture the violent, frightening imaginary worlds within which many children live. (Yes, some of Gorey's books were marketed as children's literature, especially in the 1960s, before he acquired his cult following among adults.) Even more Gorey was influenced by the Surrealists. He was familiar not just with the famous painters but the whole movement: poets, essayists, and of course filmmakers. Once when Gorey was asked why "stark violence and horror and terror were the uncompromising focus of his work," he gave a perfect Surrealist answer: "I write about everyday life." (33)

The most extended discussion of his approach to art that Dery was able to find explicitly references the Surrealists:


What appeals to me most is an idea expressed by Eluard. He has a line about there being another world, but it's in this one. And Raymond Queneau said the world is not what it seems — but it isn't anything else, either. Those two ideas are the bedrock of my approach. (49)

Originality does not mean throwing out the past; it means learning the past thoroughly enough to twist it to your own ends. At this Gorey was a master. His works evoke many things, from famous nineteenth-century paintings to B horror movies, and they owe much of their power to those evocations. But they are very much his own. 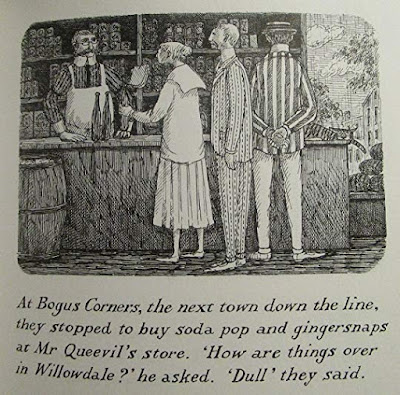 One more wonderful detail from Dery's book. When Gorey died in 2000 his fame was such that obituaries were printed all over the world. The one from Reuters includes a line that might have come from one of Gorey's own books:


It is not known if there are any survivors 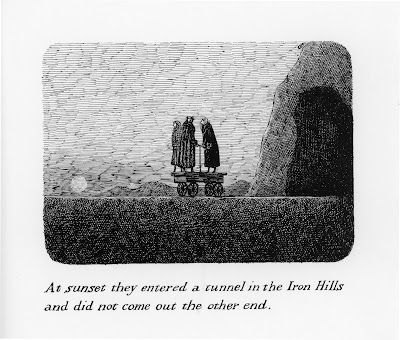