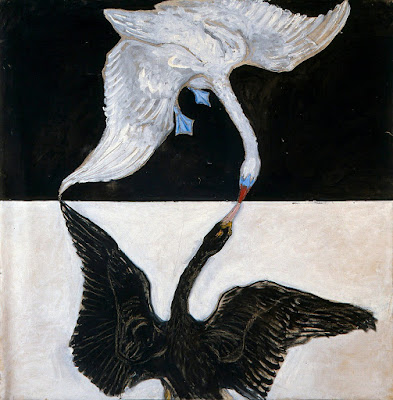 Hilma af Klint (1862-1944) was a Swedish artist deeply into Spiritualism, which inspired her to become a pioneer of European abstract art. 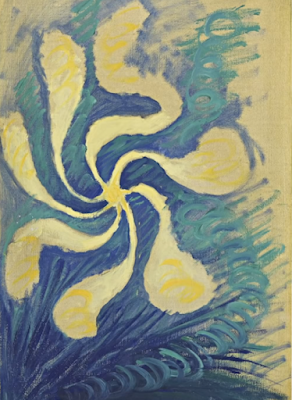 Klint received a traditional artistic training at the Swedish Royal Academy and painted traditional sorts of things, especially flowers and landscapes. But realistic painting was far removed from her main interest, spiritual exploration:


In 1879, at the age of 17, she participated in Spiritist séances, wherein participants attempted to make contact with the dead, and she became a member of the Spiritist Literature Association. The following year, her younger sister, Hermina, passed away, and af Klint tried to communicate with her deceased sibling. Soon after, the artist left the Spiritist movement, feeling it provided a mere shortcut for people to gain information that they were not yet ready to receive. 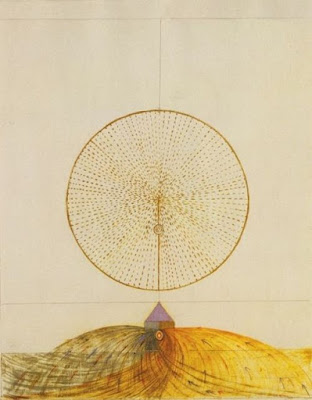 She then joined a series of organized spiritual movements: Theosophy, Rosicrucianism, Rudolf Steiner's Anthroposophy. But her most profound experiences came within a smaller circle:


In the 1890s, af Klint began meeting regularly with four other women who shared her beliefs; together, they called themselves The Five. As Bashkoff explains in the catalogue for the Guggenheim exhibition, “The Five believed that they communicated with and received messages from beings of higher consciousness by entering trance states or using a psychograph (a tool used to record psychic transmissions).” During these meetings, an otherworldly “guide” instructed af Klint to design a temple connected by a spiral path, and commissioned her to make paintings for this temple. The 193 works that af Klint created in the subsequent years are collectively known as The Paintings for the Temple. 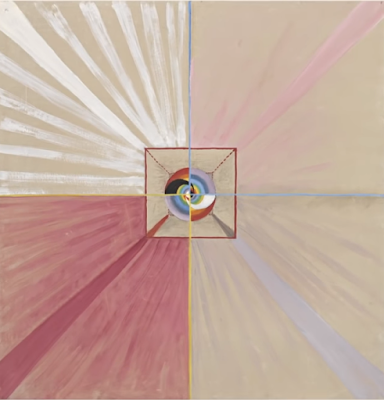 She claimed that she made some of these paintings according to explicit instructions from a spiritual being she called Amaliel. 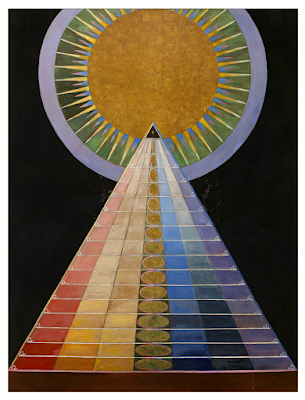 This altarpiece was intended for Rudolf Steiner's Goetheanum in Switzerland. 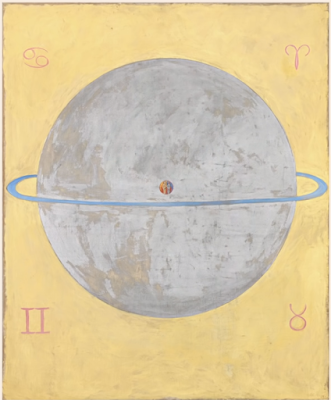 Af Klint never showed this work in her lifetime, and her will specified that it be kept hidden for 20 years after her death. As it happened it was not until 1984 that any of these were exhibited at a small museum in Sweden. 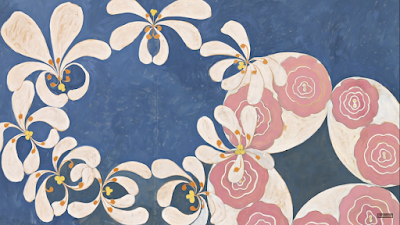 From there her fame grew steadily, culminating in a major show at the Guggenheim in New York last year. Modern art types are mainly impressed that she painted fully abstract works years before Kandinsky et al. got famous for them. 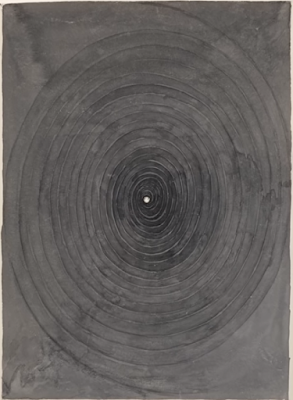 Which probably would have driven her to despair; I mean, she wasn't interested in artistic fame or being first at anything, she wanted to access the spirit realms. 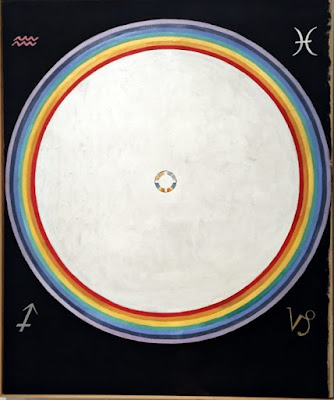 But I guess that's how things go in the modern world.
Posted by John at 8:56 AM