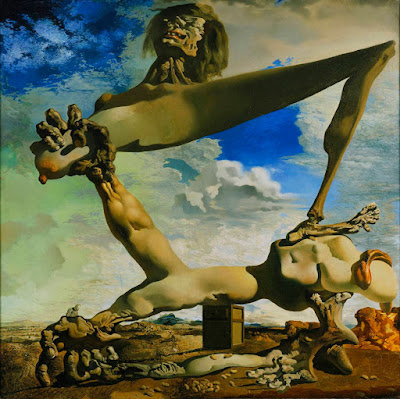 Went with my elder daughter this week to see Monsters and  Myths: Surrealism and War in the 1930s and 1940s at the Baltimore Museum of Art. It's an excellent exhibit, starting off with one of the most famous Salvador Dali paintings (above) and going on to many fine works by Miro, Magritte, Ernst, and more. 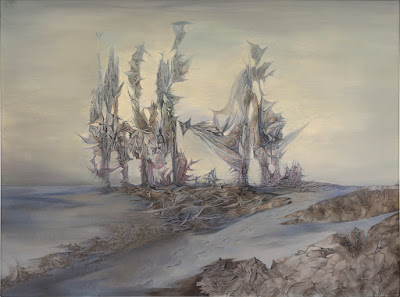 Surrealists were much taken with Freudian psychology and its emphasis on dreams and the subconscious, and it shows in their work. (Wolfgang Paalen, Totemic Landscape, 1937) 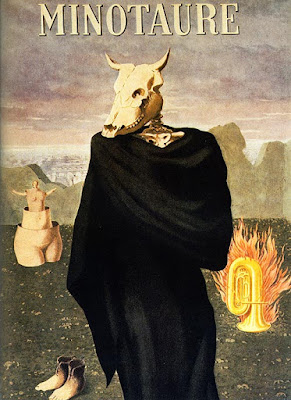 Surrealism was an actual "movement", with a manifesto and everything, created by a community of artists (painters, poets, film makers) in Paris. They mounted exhibits together and published magazines where they showcased their work and their views. (René Magritte, cover for the surrealist magazine Le Minotaure, 1937.) 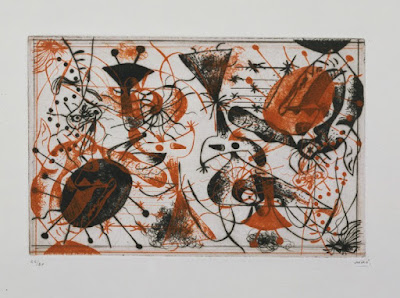 The Surrealists did not agree on everything but they did mostly agree that their bizarre art was a response to the sick age they lived in. After the horrors of World War I the world did not turn away from war, but instead seemed to be barreling back toward it. Some Surrealists were political in a leftist way, but others were disgusted with the failure of every sort of politics. (Miro, Red and Black Etchings, No. 7) 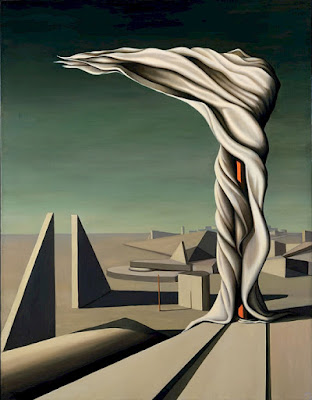 Accused of turning away from reality, they said, no, our broken bodies and shredded dreamscapes are closer to what life is like in this time than any sort of "realism." 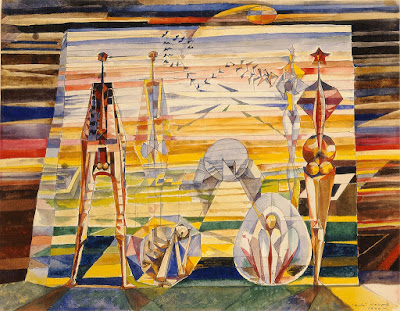 After the Nazis came to power many Surrealists fled Europe, which led to the creation of thriving Surrealist scenes in Mexico and the United States. Some of them kept working in this vein for decades, but in the 1950s their work faded from prominence, replaced by various abstract movements. (Andre Masson, Metaphysical Wall, 1940; and below another Masson, The Moon, 1938. 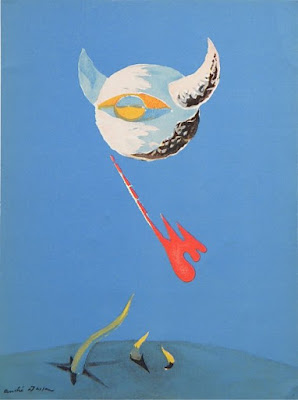 I'd be curious to see some sort of study of historical connections between the surrealists and use of different kinds of drugs.

Similar to how widespread methamphetamine usage may have helped shape the course of Nazism, I can't help but wonder if Surrealism owes much of itself to drugs like opium or various psychedelic substances, which I'm led to believe surged in popularity following the horrors of the first world war, as obvious palliatives.